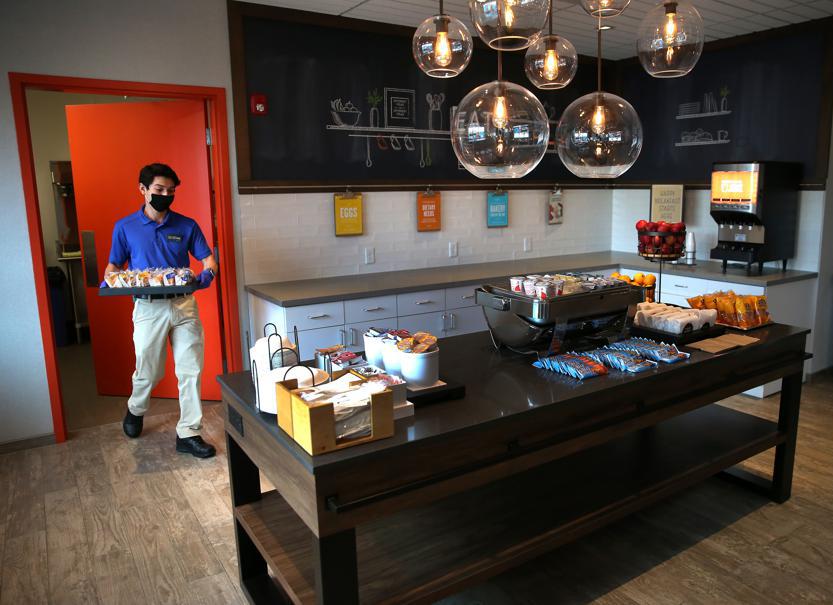 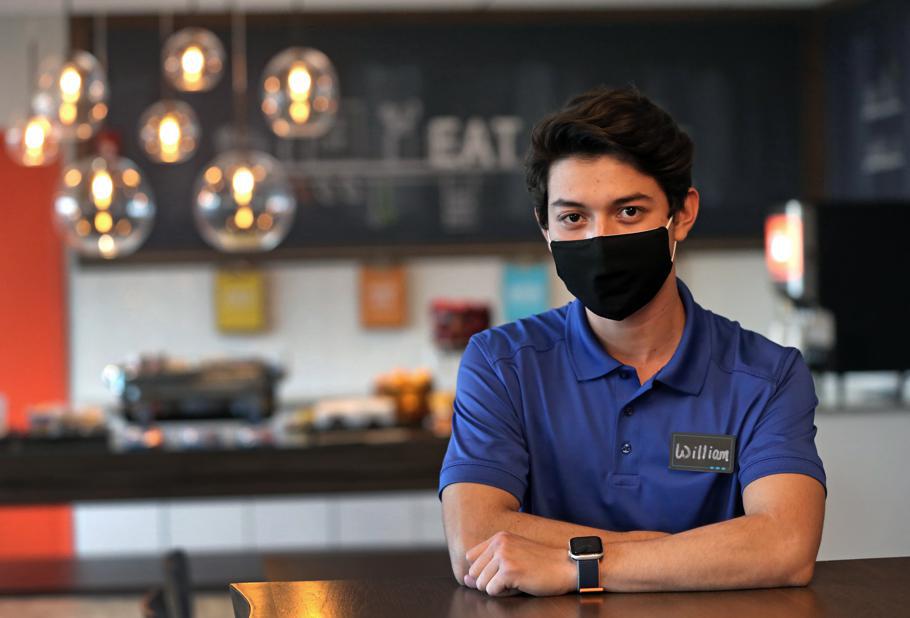 With his newly improved English and a hotel job under his belt, William Barillas is confident that if he gets laid off, he could find work, maybe at a supermarket.

Learning English is arguably the most valuable skill immigrants can acquire after they arrive in the United States. And when it comes to finding work and supporting their families, a first-of-its-kind study in Massachusetts reveals just how valuable that skill can be.

Unemployed residents with prior US work experience who enrolled in an employment-focused English course boosted their earnings by an average of more than $7,100 annually two years after starting the program, compared with unemployed non-English speakers who weren’t in the program.

Among all participants, including those who started out with jobs, the average annual increase during the second year was more than $2,600.

The results are “absolutely stunning,’’ said Mark Elliott, president of Economic Mobility Corp.in New York and coauthor of the study of nearly 800 participants — half of whom took English for Advancement courses through Boston-based Jewish Vocational Service.

“In the workforce development world, this is like the 95 percent efficacy rate of the COVID vaccine,’’ Elliott said during an online forum presenting the findings last week. “This is like the aha, wow moment overall.’’

As in vaccine testing, the study randomly assigned participants to an experimental group and to a control group that wasn’t part of the JVS program. This is the first randomized control trial to study the effects of a workforce development program on English-language learners, according to the report, and is among a small number of such programs to show an improvement in earnings in these types of trials.

The people in the three-year study, which ended last December, took free classes in Boston, Lawrence, Lowell and Lynn that included career counseling and interview training. About a quarter of participants had been in the United States for less than a year, and another quarter had been here for more than a decade. They spoke more than 40 languages among them, primarily Spanish.

William Barillas, 22, started English for Advancement courses over Zoom last spring, and in August he landed a job at the Hampton Inn in Salem. Barillas, who is from El Salvador and had been selling tres leches and other desserts to make money, said the hotel position — making $14 an hour as a breakfast attendant and houseman cleaning the lobby and other public areas — is “my first official job.’’

There aren’t many guests at the hotel, Barillas said, and knows he could be laid off as business drops more in the winter. But with his newly improved English skills and the hotel job under his belt, he’s confident that if he gets laid off, he could find work, maybe at a supermarket.

“The program gave me the confidence to speak,’’ he said. “Now I can express myself and learn from people.’’

The study’s findings are even more significant now that tens of thousands of immigrants across the state have lost their jobs during the pandemic, largely in hospitality and food-service jobs, said Jerry Rubin, president of Jewish Vocational Service.

English for Advancement was expanded using the state’s “pay for success’’ initiative; initially funded by private investors, it became part of the state budget after proving successful. The investors have largely been paid back, Rubin said, and JVS is looking to expand the program to other cities with large unemployed immigrant populations, such as Brockton, Fall River, and Worcester.

“This is a very cost-effective way to help immigrants get back to work,’’ said Rubin, noting that the program costs about $5,000 per student, which will be recouped within a few years through higher income taxes paid by graduates who are working — and earning — more.

“We really wanted to influence the Commonwealth of Massachusetts’ approach to adult education. . . . For too long, public resources for adult education were not focused on what consumers most want, which is: `Help me learn skills so I can get a better job and earn more money.’ "

Nationwide, almost one in 10 working-age adults have limited English skills, according to the Brookings Institution, including 240,000 working-age adults in the Boston area. This population is a major contributor to the workforce in Massachusetts, Rubin said, but people in it earn about $24,000 less a year than those with similar experience and educational levels who speak English fluently.

Massachusetts Secretary of Education James Peyser, who was part of the forum presenting the study results, noted that Massachusetts is the most highly educated state in the country when it comes to the quality of K-12 education and the number of adults with post-secondary degrees. But the many residents who lack English skills are a strain on the state’s economy.

“It’s imperative that we enable our adults who lack basic educational credentials or language skills to enter and grow our workforce,’’ he said. “Adult education is not just essential to creating opportunities for low-income individuals and families, it’s also an economic imperative here in Massachusetts.’’

Not long after Ismeilyn Capellan enrolled in English for Advancement courses in Lawrence, she landed a job at Monogram Gourmet Foods, a packaged-food company in Wilmington. Capellan, 21, who is from the Dominican Republic, speaks mostly Spanish on the job, but the fact that she was taking English classes helped her get hired and promoted. “They saw I was learning English and I was a good one for the position,’’ said Capella, who is now a production line manager.

The classes “helped me a lot because when I came here, I knew nothing,’’ she said. “I was so shy. I’m still shy, but a little less because of the class. I feel more confidence now.’’