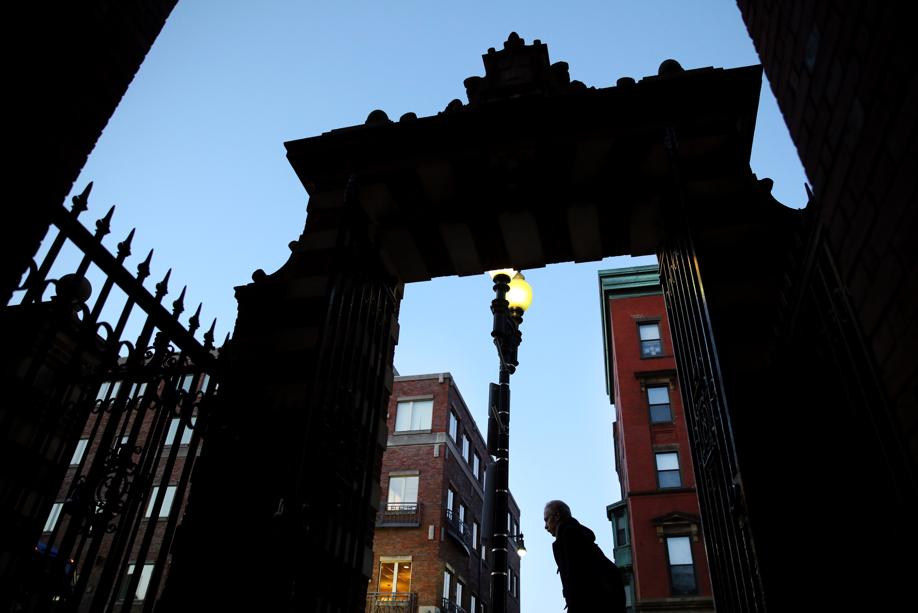 Between 2007 and 2017, at least nine Harvard undergraduates in Massachusetts took their own lives, according to research of state public health records.

NEXT IMAGE
By Jenifer McKim, The New England Center for Investigative Reporting

Luke Tang was heading into the spring of freshman year at Harvard College in 2015 when he attempted to take his own life.

The youngest son of Chinese immigrants survived the attempt and was quickly sent by Harvard to a psychiatric facility. To return to his studies, the 19-year-old was required by school officials to sign a contract promising to follow his doctors’ treatment plan.

But Tang did not keep up with mental health services after going away for the summer. And Harvard officials apparently did not check up with him in the fall. About two weeks after arriving on campus, Tang killed himself in the basement of his dormitory.

Since then, his parents, Christina and Wendell Tang, have been searching for answers.

“We thought he was fine,’’ Christina Tang said in a phone interview from her home in New Orleans. “We thought when he got out of the hospital, he got his help.’’

Between 2007 and 2017, at least nine Harvard undergraduates in Massachusetts took their own lives, according to an investigation by the New England Center for Investigative Reporting. Six of them, including Tang, were of Asian descent. Asian-Americans make up about 20 percent of Harvard’s undergraduate student body.

Harvard officials declined to comment on these numbers or Tang’s suicide. But his death is prompting concerns about the particular vulnerabilities of Asian students at Harvard and other schools across the United States. It also is raising questions about the responsibilities of universities to prevent suicides.

Last fall, Luke’s father filed a lawsuit in Middlesex County Superior Court against Harvard and several employees for allegedly failing to protect his son from self-harm. The case builds on a 2018 ruling by the Massachusetts Supreme Judicial Court that found schools have a “limited duty’’ to prevent suicides if they know a student is at risk.

Harvard’s attorney said in a recent court hearing that the university met its responsibility by getting Tang help in the spring. But Wendell Tang’s attorney David Heinleinsaid Harvard officials should have reached out to the young man when he returned from his vacation to make sure he was still getting treatment.

“They should have said, ‘How did your summer go?,’ ’’ Heinlein said after the hearing. “ ‘Before you get back in the heat of the classes, we want you to meet with the appropriate people.’ They did nothing.’’

Tang’s parents also have questioned their own role in what happened. Christina Tang said she wishes she took her son’s struggles more seriously. She wishes she told him she loved him more. “He didn’t want us to worry,’’ she said.

Suicide is the second-leading cause of death for college students across the United States. And numbers are on the rise. In Massachusetts, 214 students between the ages of 18 and 24 died by suicide between 2007 and 2016, according to state public health records. That’s a 43 percent increase from the prior decade.

But most of these stories remain untold, shielded by grieving families seeking privacy and by universities’ reluctance to publicize such tragedies. This reticence has prompted some suicide prevention experts to call for more openness.

Dorothy Hutchinson, director of services for the Center for Psychiatric Rehabilitation at Boston University, said that by not talking about mental health and suicide, universities can perpetuate prejudice and fear. “Silence is deadly,’’ she said.

To learn more about what happens on college campuses, the New England Center for Investigative Reporting analyzed state public health records that detailed who died by suicide and scoured obituaries and other public records to determine where they went to school.

Among the findings for college-age students between the age of 18 and 24:

■ At least 18 students at the University of Massachusetts Amherst killed themselves between 2007 and 2016, the largest number of suicides of any college in the state during that time period. UMass also has the largest student population in the state.

■ Massachusetts Institute of Technology and Harvard suffered the second-largest number of suicides for that age range during that period, both with eight. Two other Harvard students, an undergraduate student and a law student, both of Asian descent, died in 2017.

■ Several universities suffered multiple suicides in a single year. Among them, three Boston University students killed themselves in 2016 and three Wentworth Institute of Technology students took their lives in 2015.

None of the schools would confirm numbers. Officials from UMass Amherst say they don’t track suicide deaths because of challenges collecting information, especially when a student dies off campus or on break. They did confirm that the 18 students who died attended UMass.

All of the schools said they are working to address increasing mental health needs of students. About 14 percent of college students said they seriously considered suicide over the past year, more than double the number from a decade ago, according to the national Healthy Minds Network, which surveys student mental health.

Students suffer from isolation and anxiety, facing academic, social, and financial pressure. Most grew up in the years after the Sept. 11 attacks – in an atmosphere tainted with fear and high-profile school shootings, said Sarah Lipson of the Healthy Minds Network.

Asian students are said to have the greatest “unmet need’’ for mental health counseling with only about 23 percent who need it seeking help, according to network data.

Christina Tang said neither her son nor Harvard told her about the contract he signed to get help. If she’d known, she said, she would have made sure he complied. “We didn’t know about the follow-ups,’’ she said.

Luke Tang was born in Hawaii, the youngest son of a tight-knit family. They moved to Louisiana when he was 11 years old and he attended a public high school for high achievers.

He felt intense family pressure to succeed, said childhood friend Lucy Wang. He was religious but started to question the meaning of life. Wang said that after Tang’s first suicide attempt, she tried to impress upon his parents the seriousness of his depression. “He probably didn’t know anybody who had ever gone to therapy,’’ she said.

After Tang died, his parents read his notes and diaries and began to understand his suffering. They participated in a documentary, “Looking for Luke,’’ in hopes of educating other families about depression and mental illness, particularly among Asians.

The documentary has resonated with others. Nationwide, Asians between the ages of 18 and 24 die of suicide at lower rates than others their age, federal data show. But at some elite schools, numbers are skewed.

Jenn Fang, who produces a blog called Reappropriate focused on Asian issues, became concerned about the suicide tendency while studying at Cornell University. The school in 2006 published a report finding 13 of 21 students who died by suicide over 20 years were of Asian descent. She’s frustrated by the lack of good data about deaths on colleges nationwide.

“If we don’t understand how race influences the experiences on campus, resources will never be adequate,’’ she said.

Josephine Kim, a professor at the Harvard Graduate School of Education, said Asian students struggle with cultural perceptions — both from within their own communities and without — that they should be high performing.

“You are supposed to be perfect,’’ she said. “And if you are so perfect, then it’s weird if you reach out for help.’’

Adding to challenges, she said, is that when students seek mental health services they find themselves forced to explain their culture to health care staff. Of the 58 staff members at Harvard’s Counseling and Mental Health Services, only two are Asian, according to the university.

Harvard officials said they have been trying to hire more Asian counselors but have had little luck recruiting.

Jenny Hsi, a student at the Harvard School of Public Health, said students of color can find it a burden to explain themselves to white counselors. “There’s a great sense that counseling and mental health services are for white people,’’ she said.

By filing a lawsuit, Luke Tang’s father put a new focus on a university’s responsibility to prevent suicide.

The case builds on a 2018 ruling by the state’s top court that universities have a duty to try to prevent self-inflicted harm when they have “actual knowledge’’ of an earlier suicide attempt or of a student’s intent to die.

In a hearing earlier this month, an attorney representing Harvard, Martin Murphy, said the SJC decision set out specific steps that a university must take when it is aware of a student at risk: Initiate a suicide protocol or arrange for clinical care; if such care is refused, reach out to a student’s emergency contacts.

Murphy said Harvard met its obligation by sending Tang to a psychiatric facility, requiring him to sign a contract for care, and following up when he was released.

“By putting this very robust set of referrals in place in the spring, Harvard not only fulfilled its duty but essentially vastly exceeded its duty,’’ said Murphy.

A status hearing is scheduled for October.

Luke’s older brother Richard, training to be an emergency doctor in New York, said he hopes the lawsuit will push Harvard to provide more resources for troubled students.

“I just wish fewer families as possible have to endure this,’’ he said.

The New England Center for Investigative Reporting is based out of WGBH news. Boston Globe Reporter Todd Wallack and students from Boston University’s investigative reporting clinic contributed to this report. McKim can be reached at jenifer_mckim@wgbh.org.