Sacklers agree to pay $4b for role in opioid crisis
Mass. will get $90m for addiction programs 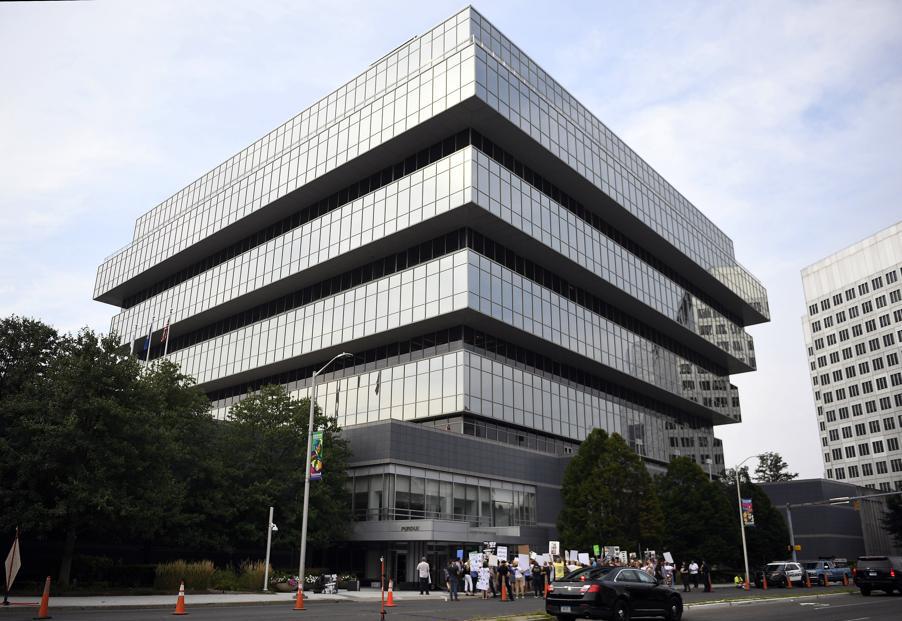 More than a dozen states, including Massachusetts, have reached a settlement with the Sackler family and its disgraced drug company, Purdue Pharma, that requires the Sacklers to pay more than $4 billion for their role in perpetuating the devastating opioid crisis.

The agreement bans the Sacklers from the opioid business, requires Purdue to make public more than 30 million documents, and orders the company to stop operating or be sold by 2024, Attorney General Maura Healey said Thursday.

The Sacklers must pay $4.325 billion to combat the opioid epidemic over the next nine years, including an estimated $90 million directed to Massachusetts.

The settlement caps years of legal disputes as states tried to hold accountable the country’s most notorious manufacturer of prescription painkillers for its part in the opioid epidemic. More than 500,000 people in the United States have died from overdoses of legal and illegal opioids over the past two decades.

Massachusetts, in 2018, was the first state to sue Purdue executives. In the suit, Healey accused them of aggressively marketing their powerful pills and misleading physicians and patients about the risks of opioids in order to increase their profits. The lawsuit alleged that Purdue, the maker of OxyContin, had contributed to the overdose-related deaths of more than 670 Massachusetts residents who were prescribed the company’s drugs since 2009.

In agreeing to settle the allegations, Massachusetts and the other states dropped their opposition to Purdue’s bankruptcy reorganization plan. Healey said her office pursued “the maximum extent of what we could get under the law’’ before the bankruptcy court judge could resolve all the claims against Purdue and the Sacklers.

The settlement will require an unprecedented level of transparency from the Sacklers, including e-mails and depositions detailing executives’ misconduct over many years, which will be posted online for anyone to see, Healey said.

“They worked to get more patients hooked on opioids on higher doses for longer periods of time,’’ Healey said in a virtual briefing with reporters. “They sat in a board room and schemed.

“The Sacklers became billionaires,’’ she said, “and thousands of people in Massachusetts and across the country have suffered and died as a result.’’

Governor Charlie Baker, who backed Healey’s litigation, panned Purdue executives for “doubling down’’ on their bad behavior after pleading guilty to federal charges in 2007 that they misled people about the addiction risks of OxyContin.

“And what was a crisis became a national catastrophe,’’ Baker said at a somber press conference with Healey and parents who have lost children to drug overdoses.

The $90 million that Massachusetts is set to receive from the settlement will go to a trust fund for addiction prevention, treatment, and recovery programs. The Baker administration will spend the money with guidance from an advisory council that includes families affected by opioid addiction.

Cheryl Juaire, who lost two sons to addiction — Corey Merrill in 2011, and Sean Merrill just two weeks ago — said at the press conference that she was grateful that millions of dollars will go to abating the opioid crisis.

“I, like the hundreds of thousands of families out there who have a lost a loved one, have waited for justice for those who created this epidemic,’’ she said.

The settlement was filed in bankruptcy court in White Plains, N.Y., late Wednesday night and is subject to court approval.

Purdue sought bankruptcy protection in 2019 as a way to settle about 3,000 lawsuits it faced from state and local governments and other entities.

While 15 states have agreed to the settlement, nine states and the District of Columbia have not signed on.

In a statement Thursday, Purdue said, “We will continue to work to build even greater consensus for our Plan of Reorganization, which would transfer billions of dollars of value into trusts for the benefit of the American people and direct critically-needed medicines and resources to communities and individuals nationwide who have been affected by the opioid crisis.’’

The Raymond and Mortimer Sackler families said in a statement that the settlement is “an important step toward providing substantial resources for people and communities in need. The Sackler family hopes these funds will help achieve that goal.’’

The opioid crisis worsened during the coronavirus pandemic, with overdose deaths increasing 5 percent in Massachusetts last year and rising dramatically among Black men.

There were 2,104 opioid deaths in the state in 2020, according to the Department of Public Health, 102 more than the previous year, and the most in two decades.

People have become addicted to prescription opioids and turned to other substances when doctors stopped prescribing or the pills became too expensive on the black market. Opioid prescribing has fallen dramatically in Massachusetts in recent years and pills are not as prevalent as they once were.

Most people who died of overdoses in the state in 2020 had multiple drugs in their systems. Among those for whom a toxicology screen was done, 92 percent had taken illicit fentanyl. Only 17 percent had take prescription medications.

Kate Donaghue’s son, Brian Simpson, died of an opioid overdose in 2018. He developed a serious addiction after getting legally prescribed OxyContin from a “pill mill’’ in Florida, she said, and later used heroin.

Donaghue, a Democratic Party activist who lives in Westborough, said that she wishes the settlement went further and that Purdue executives should face jail time for their misconduct.

“I feel the best decision was made under the circumstances,’’ she said. “I’m not sure there’s really justice for the families.’’

Even Healey noted one thing that is notably absent from the legal proceedings.

“We’ve been asking the Sacklers to apologize,’’ the attorney general said. “They’ve refused.’’

Felice J. Freyer of the Globe staff and Globe correspondent Jasper Goodman contributed to this report, which includes material from the Associated Press.