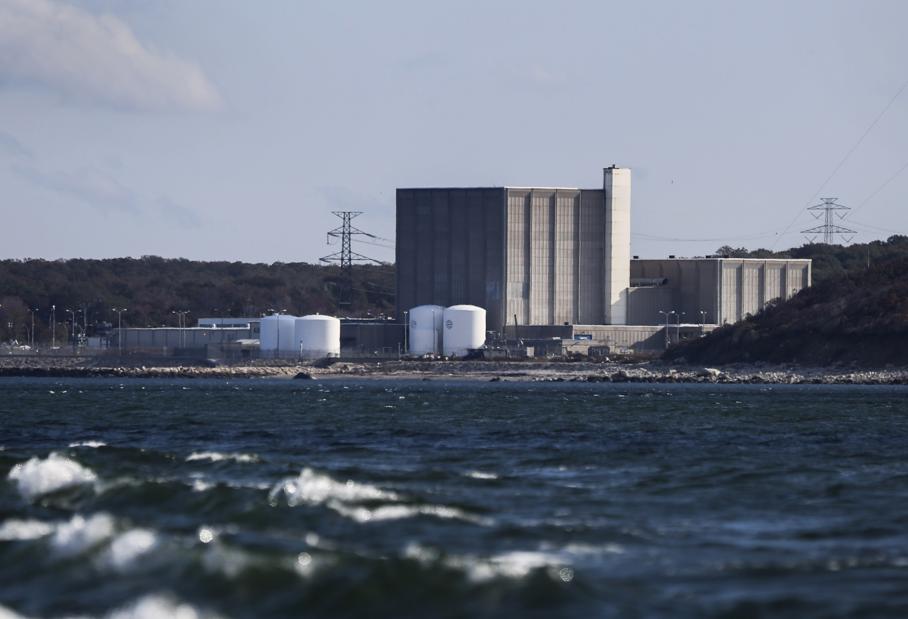 A shutdown was simulated Tuesday at a testing facility, before the real thing Friday.The Pilgrim Nuclear Power Station has been operating for 47 years, providing power to about 600,000 homes annually. 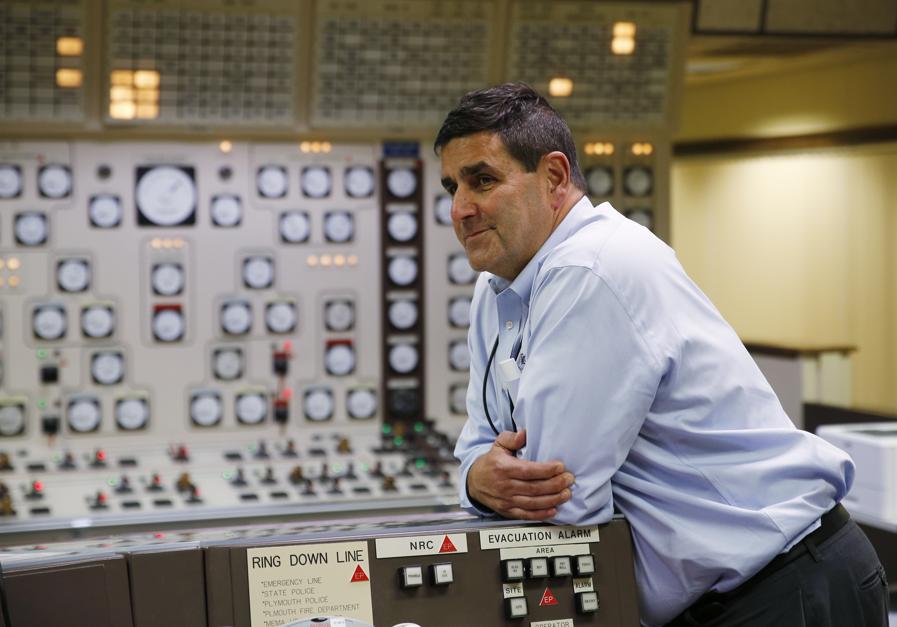 Dave Noyes, a recovery director, watched the simulated shutdown on Wednesday. The plant had been designated as one of the country’s three least-safe.

PLYMOUTH — Sometime late Friday afternoon, amid an array of blinking lights and squawking alarms, a supervisor in the antiquated control room of the Pilgrim Nuclear Power Station will issue a curt command to halt the splitting of atoms that for nearly five decades has generated electricity for much of the region.

With that order, a colleague will walk to the front of the control room, which looks like the bridge of a 1970s-era warship, and press two red buttons.

If all goes right, the last of 145 crucifix-shaped control rods will be inserted into the reactor, shutting down operations for good.

“For many of us, it’s the end of an era,’’ said Joe Frattasio, 56, a control room shift manager who has been working for Pilgrim for 19 years and expects to remain at the plant until March. “Unfortunately, this is the reality of the industry.’’

When Pilgrim shuts down, there will be 97 nuclear reactors left in the United States, down from a peak of 112 in 1990. Another 10 reactors are slated to close by 2025.

Concerns about the safety of nuclear power — especially after the disasters at plants in the former Soviet Union and Japan — have contributed to the industry’s decline. The Nuclear Regulatory Commission in recent years had designated Pilgrim one of the nation’s three least-safe reactors, forcing the plant to spend tens of millions of dollars on upgrades and inspections.

But the changing nature of the larger energy industry, and the resulting economics, has played an even larger role.

In 2015, when officials at Entergy Corp., the Louisiana-based energy conglomerate that has owned Pilgrim since 1999, announced they were closing the plant, they blamed the plummeting price of natural gas and the reluctance of federal and regional officials to provide financial incentives for nuclear plants.

With the 47-year-old plant, which has provided power to about 600,000 homes and businesses annually, losing about $40 million a year, officials said it was “simply no longer financially viable.’’

Four years ago, Pilgrim employed 633 people; today, there are 580 still working at the plant. By the end of next month, as decommissioning gets underway, there will be just 270 employees left.

By next April, when Entergy expects to complete the first phase of the decommissioning process, only about half as many workers will remain.

“It’s a sad time, but also a time of reflection,’’ said Patrick O’Brien, a spokesman for Pilgrim, before a simulation of the shutdown on Tuesday at a testing facility near the plant.

As part of the process, the company will reduce the evacuation zone to the perimeter around the plant. The company expects to start reducing some $2 million in annual payments to the surrounding communities of Plymouth, Kingston, Duxbury, Carver, and Marshfield.

Plymouth, which receives another $8 million in annual tax payments from Pilgrim, will also see that revenue from the plant decline in the coming years, company officials said.

The future of the property may be left to Holtec International, a New Jersey company that’s seeking to buy Pilgrim. Although it has never owned or decommissioned a nuclear plant, Holtec has promised to complete the process in just eight years, well ahead of the 60 years allowed by federal rules.

The company would assume control of Pilgrim’s decommissioning trust fund, which now has nearly $1.1 billion. Holtec intends to turn a profit by decommissioning the plant for less than that.

The proposed deal, which is under review by the Nuclear Regulatory Commission, has raised concerns among state officials and local environmental advocates that taxpayers could be left to cover the costs of decommissioning Pilgrim if Holtec doesn’t live up to its promises.

“What’s important now is that the closure be done safely, and that there is enough money for the plant to be decommissioned without putting the health of our residents and the environment at risk — and our taxpayers on the hook,’’ Attorney General Maura Healey said.

Healey and state environmental officials have asked the NRC for a hearing to allow the state to voice its concerns.

Diane Turco, executive director of Cape Downwinders, one of the many local groups that has long opposed the plant, said her members would congregate outside Pilgrim’s gate on Friday to cheer its closure.

“Finally, we will be free from the threat of a reactor accident,’’ she said. “However, the toxic legacy remains. . . . We must continue to be vigilant to preserve public safety.’’

If Holtec completes the sale and does what it promises, the remaining workers at Pilgrim will store all of the plant’s nuclear waste in 61 specially designed casks, each weighing about 360,000 pounds and capable of sustaining 360 mile-per-hour winds.

The steel and concrete-reinforced cylinders, which are built to emit only small amounts of radiation, will be stored on a newly built concrete pad about 75 feet above sea level, Lynch said.

But with no national storage site, it’s unclear how long the casks will remain in Plymouth. Without a permanent home, radioactive waste is scattered at US nuclear power plants.

Senator Edward J. Markey, who has opposed Pilgrim for years, has urged his fellow lawmakers to take action that would allow for the creation of a permanent repository.

Federal officials had long planned to store the waste in a multibillion-dollar facility bored deep into Yucca Mountain in Nevada. But state officials and residents there blocked the site from opening, saying it presents public safety and environmental risks.

Federal officials have been reviewing other options, including opening temporary facilities elsewhere in New Mexico or in Texas. But those options have similar problems: The government would have to overcome local concerns and potential challenges over transporting the fuel through a variety of jurisdictions.

The closure of Pilgrim will also mean a loss of 680 megawatts of clean energy, much of which could be replaced by the burning of fossil fuels.

Environmental advocates fear that Massachusetts may see a significant spike in its carbon emissions in the coming months — one that might make it impossible to meet its legal requirements to reduce those emissions by 25 percent below 1990 levels by the end of this year.

“It is imperative that the New England region focus on replacing Pilgrim’s output with low carbon and carbon-free resources,’’ said Ken Kimmell, president of the Union of Concerned Scientists, a Cambridge advocacy group.