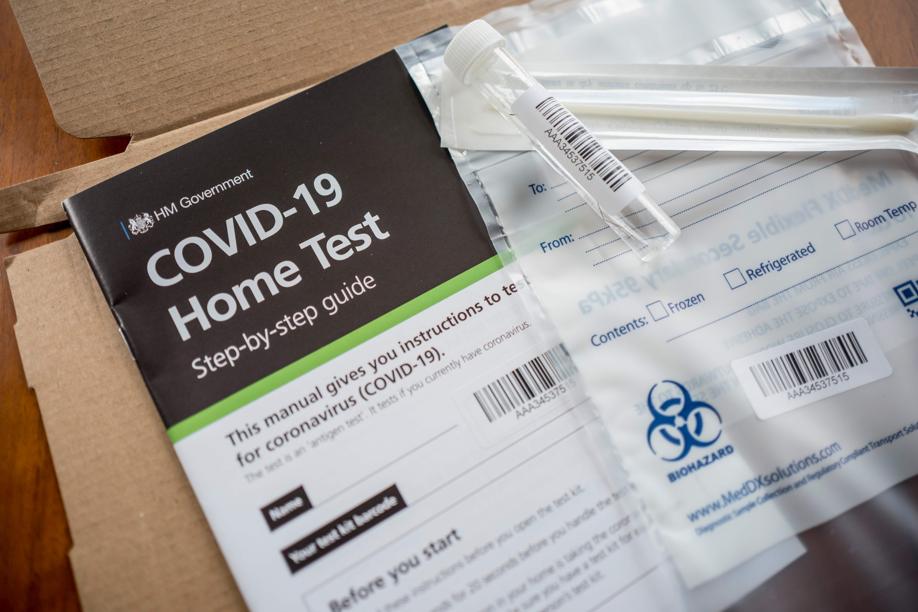 Leading public health experts, frustrated with chronic delays in coronavirus testing, are on a mission to persuade federal regulators to authorize cheap, at-home tests that would deliver results in minutes and could help the country turn the corner on the pandemic.

The campaign comes as the US Food and Drug Administration recently adopted guidelines aimed at ensuring accurate results for do-it-yourself COVID-19 tests. While several companies have developed home test kits and are pushing to get them on the market, these scientists say the new thresholds are so strict that few home test kits will be able to meet them.

In pressing the FDA, these scientists argue that fast, frequent coronavirus tests, taken daily or several times a week, can be crucial to reopening schools and businesses — and keeping them open. The tests, they say, would catch silent carriers who do not show symptoms but can potentially spread the virus widely.

The concept behind a home kit is simple and is similar to how doctors quickly detect strep throat and the flu: A paper strip could test a saliva or a nasal sample taken by swab and return a positive or negative result inside of 15 minutes. Parents could swab their children and find out if they are infectious before deciding whether to send them off to school. College students, workers, and anyone heading to a restaurant or gathering could benefit from such tests, as well.

“These have so much promise because they can help squelch the infections altogether,’’ said Dr. Michael Mina, an assistant professor of epidemiology at the Harvard T. H. Chan School of Public Health. “If we can all get the number of our cases very low, everyone is safer.’’

But without these new options, Mina and other scientists said, the country will remain hamstrung by the current system that relies on tests sent to a lab for processing. Critics say that system was never designed to handle the massive load of coronavirus tests that has led to delays of more than a week in getting results.

On Friday, a frustrated Mina disclosed that he’s been talking with companies about the possibility of not waiting any longer for FDA approval and “just producing hundreds of thousands or millions’’ of these tests, with the caveat that they only be used for large-scale studies.

“I am talking to governors and senators and congressmen, and they’re writing letters to the FDA, so this is moving,’’ Mina said. “There is a lot of pressure from all walks of life right now, trying to get these things approved and to get the FDA to budge on this.’’

But the FDA has so far steered clear of the debate.

The system in wide use now, known as molecular tests, requires a multistep laboratory process to extract genetic material from a nasal or saliva sample, amplify it, and search for signs of the coronavirus. By contrast, rapid antigen tests simply detect specific proteins on the surface of the virus, a process that doesn’t require time-consuming laboratory equipment. But they can miss infections and produce more false negative findings, especially among people who do not have heavy loads of the virus.

Moreover, scientists are finding that people with COVID-19 are generally most infectious the first week or so after being exposed to coronavirus and often before they show symptoms. But patients often face waiting times to get tested, and while molecular tests can still detect traces of virus and return a positive finding, the result may come well past the time many people are infectious.

To guard against false negative results with rapid antigen tests, and to catch people when they are most infectious, consumers would be expected to test themselves frequently, perhaps several times a week, Mina and other scientists say. The cost of each test is expected to be a few dollars, versus the $100-plus out-of-pocket fee often charged for molecular tests not covered by insurance.

“I am pushing the instant coffee model vs. the espresso machine model,’’ Mina said.

An FDA spokeswoman declined to comment on the debate over at-home COVID-19 rapid antigen tests, instead noting the agency’s statement when it released new guidelines on July 29. The guidelines require over-the-counter antigen tests for COVID-19 to have the ability, known as test sensitivity, to detect at least 90 percent of cases. That’s 20 to 30 percentage points more sensitive than most COVID-19 rapid home tests now in development. By contrast, the FDA requires COVID-19 tests processed in labs to detect at least 95 percent of cases.

“While the recommended sensitivity for these non-lab tests is lower than lab-based tests, the tremendous benefits of broader access to simple and fast testing options generally outweighs this risk,’’ the FDA said in its July statement.

The Rockefeller Foundation, a nonprofit focused on health, energy, and social justice issues, recently joined the call for the federal government to work more closely with companies and scientists to develop affordable rapid coronavirus antigen tests. It has committed $100 million to a COVID-19 testing and contact tracing initiative.

“We need a paradigm shift from exquisitely accurate but slow tests, to fast and good enough to quarantine,’’ said Mara G. Aspinall, an Arizona State University professor, and coauthor of the foundation’s coronavirus plan, in a statement. “Slow and accurate works for clinical management, but this virus is a sprinter not a marathoner. We need fast and frequent tests just to keep up.’’

But other health specialists say too many details have yet to be worked out to open the gates on do-it-yourself COVID-19 testing. Dr. Kimberle Chapin, a pathology and laboratory medicine professor at Brown University’s Warren Alpert School of Medicine, said she is concerned the home tests will not be affordable for everyone. And, she said, it’s not clear how test results from home screening would be reported to physicians and local and state health officials.

She said physicians need to be in the loop to explain to consumers about quarantining, while health officials need to know when and where people are testing positive to catch clusters and outbreaks before they spread.

“Increasing the availability of COVID tests and options for testing needs to be done within a larger public health strategy that includes follow-up care, contact tracing, and data reporting,’’ said Chapin, who also is microbiology director at Lifespan Academic Medical Center in Rhode Island.

Karla Satchell, professor of microbiology-immunology at Northwestern University Feinberg School of Medicine, said antigen tests will play a pivotal role but must be more accurate than most currently in development.

“Even at 90 percent [sensitivity] that means 10 percent of the positives are walking through your front door to work and that could be a high number of people,’’ Satchell said. “We need to keep high standards for what we bring to market.’’

One company that says it has a rapid antigen test ready to go is E25Bio, a Cambridge startup spun from a lab at the Massachusetts Institute of Technology. Company cofounder Irene Bosch said E25Bio developed the test in March but couldn’t persuade any local hospitals to validate it by testing several hundred patients and comparing the results to those from molecular tests. The company finally got the go-ahead from a hospital in Florida this summer, she said.

The test, Bosch said, can detect about 70 percent of cases among patients with high amounts of coronavirus, and becomes less sensitive with decreasing viral levels. E25Bio has submitted an application to the FDA, but isn’t optimistic, given the agency’s guidelines for a 90 percent threshold.

“What would make the FDA change its mind?’’Bosch asked in frustration.

Other countries, including Belgium, have approved rapid antigen tests for COVID-19, with sensitivity rates lower than 60 percent, Bosch said.