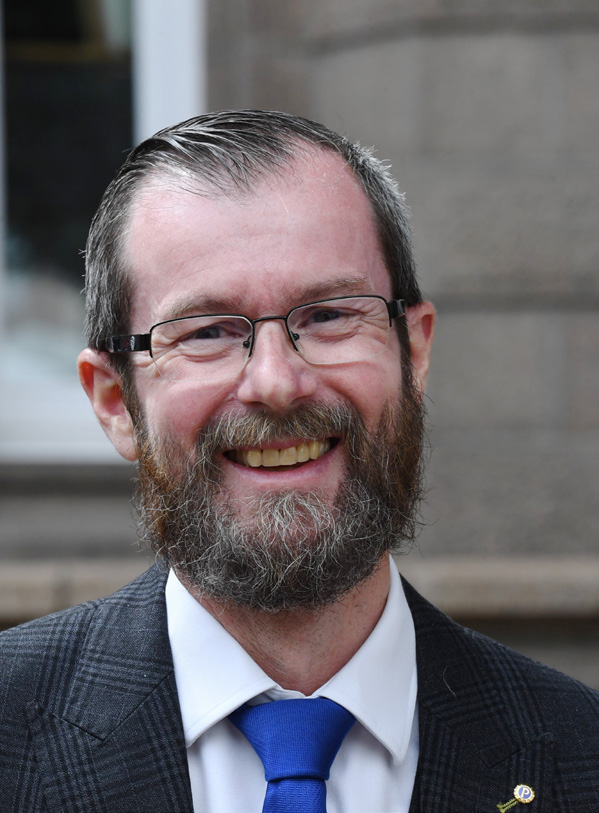 WIDENING the range of services that can be provided by health workers such as nurses and pharmacists will help reduce the impact of challenges in GP recruitment, the Assistant Social Security Minister has said.

Deputy Malcolm Ferey was responding to concerns from family doctors about high vacancy levels which have caused some surgeries to close or restrict their lists for new patients amid an increase in waiting times.

A package worth up to £9 million across the next three years was unveiled earlier this year, and Deputy Ferey said he believed this would have a positive effect.

He said: ‘Work is going on to reshape primary care – we need to move towards getting more work done by allied health professionals.’ GP surgeries are being offered help with the cost of employing nurses, paramedics, pharmacists and health care assistants.

Deputy Ferey said that while recruitment challenges were being experienced in many different sectors, he recognised that there would be particular concern about the effects of a lack of GPs.

‘I think we are still in a good place with regard to the amount of time it takes to see a GP, and the fact that patients get to see the same GP and develop a relation- ship with them,’ he said.

Efforts to recruit new staff across the healthcare and care sectors from outside the UK and EU would also make a positive difference, Deputy Ferey added, although he conceded that this was more challenging for some job roles than others.

Some GPs have been critical of the government’s failure to increase the £20 contribution made from the Health Insurance Fund made towards GP appointments.

Deputy Ferey said that while the £20 payment had not gone up, overall investment in primary care had increased by 40% in recent years.

‘Significant amounts have been invested in primary care, with new vaccination and screening programmes and the out-of-hours services provided by Jersey Doctors on Call,’ he said.

Future work in primary care mentioned by the assistant health minister could include consideration of whether some salaried GP posts could be set up. These would provide an alternative to the existing model where GPs take a stake in a practice at the time of joining and then sell it when they leave, he said.

Deputy Ferey added that Islanders experiencing financial difficulties as a result of the cost-of-living crisis were able to receive help with the cost of GP appointments – the Health Access Scheme provided a fixed costs of £12 for an adult appointment, or free for under-17s, and had helped more than 11,000 people, he said.