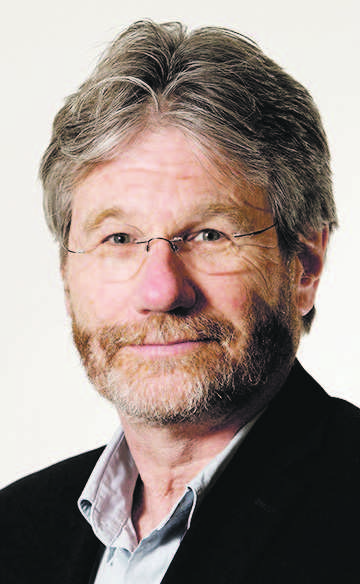 NEXT IMAGE
Flouting CDC guidelines, MaineHealth has been offering vaccines to all of its employees – even remote workers

Looking for a leg up on getting a COVID-19 vaccination, even if you are under 65, healthy, work from home or live out of state?

No problem. Just go to work for MaineHealth.

I admit I was skeptical when I got a tip last week that Maine’s largest health network – and by far our biggest private-sector employer – was providing vaccines to all of its 22,000 employees regardless of whether they deal with patients or even work on site.

And my eyebrow rose even higher when I was told that employees of two out-of-state firms hired to help Maine Medical Center push back on its nurses’ attempt to unionize were also getting their COVID-19 shots here – despite that fact that all Maine vaccine doses are supposed to go only to Maine residents.

So I checked. And, lo and behold, MaineHealth has some explaining to do.

“We’re protecting infrastructure,” MaineHealth CEO Bill Caron said in a telephone interview Saturday after confirming that all MaineHealth employees, including those working from home, have been offered vaccines and all but a few have received them.

This includes workers who perform billing, scheduling, marketing or other administrative tasks that involve no contact whatsoever with patients or frontline medical staff.

This raises a troubling question: Why should a MaineHealth employee who never comes anywhere near a hospital or clinic get a shot, while people over 65, folks with underlying medical conditions and those required to work in close contact with the public all wait for vaccinations that are still weeks if not months away? Because, Caron continued, if enough of those workers get sick, the whole MaineHealth system could be threatened. Some of those people, he noted, might be pressed into service elsewhere – at a mass-vaccination site, for example. Others might be called in to deal with an emergency, as was the case in December when IT personnel scrambled to beat back a cyberattack on MaineHealth’s computer systems.

Fair enough. But the fact remains that of the 20 to 25 percent of its workers who were sent home during the pandemic, many remain there. And while they may not qualify for vaccinations under Maine CDC guidelines, they’ve received them anyway.

Caron said the policy is rooted in a five-tier system that MaineHealth adopted last year, just as vaccines began to appear on the horizon. The top tier included the critical care health workers who faced the highest risk, while the bottom tier encompassed those whose jobs involve no contact with either patients or those who come into contact with them.

By the end of December – less than three weeks later – Tier 5 employees were already getting vaccinated.

“We were into Tier 5, and somewhere – I think it was the very last day of the calendar year – the state refined its health care worker designation to exclude work-from-home folks,” Caron said.

Yet, despite the updated Maine CDC guideline, MaineHealth didn’t miss a beat in continuing to vaccinate those employees.

“We’re probably 80 to 90 percent complete (with Tier 5),” Caron said. “I’m sure there are still shots that will occur in the next couple of weeks, but in the last week or two we got to 90 percent of that group.”

Let’s pause for a minute.

If the Maine CDC announced in late December that stay-at-home workers no longer qualified for vaccines, why did Maine- Health keep vaccinating them up to the end of January and beyond? “We had already started the process,” Caron said.

“I don’t remember the exact time, but we were a week to two weeks into the process. We had people with appointments.”

So, why not cancel those appointments – at least for those receiving their first shot – and tell those people they’d have to wait while the vaccine doses were redirected to those in eligible high-risk groups? “Because we were protecting the infrastructure of health care,” Caron said.

In an email exchange Friday, Jackie Farwell, spokesperson for the Maine Department of Health and Human Services, left no doubt about who in the health care industry qualifies for vaccines and who doesn’t.

Eligible health care personnel, Farwell said, include “those who are paid and unpaid personnel serving in health care settings who have the potential for direct or indirect exposure to patients or infectious materials.”

Not included, she continued, are “others such as staff who only provide telehealth or administrative, IT or billing services and who are not patient facing, among others.

Maine DHHS has informed MaineHealth and other vaccine providers of these guidelines and consistently communicated this definition.”

MaineHealth isn’t the only big health provider tripping over Maine CDC guidelines. Last week, officials at MaineGeneral Health in Augusta found themselves backpedaling from a program that provided vaccinations for donors and former staff members ahead of the public.

Still, others seem to get it: Suzanne Spruce, chief marketing and communication officer for Brewer-based Northern Light Health, said in an email that patient-facing staff there are eligible for vaccines, but “vaccinations have not yet been extended to staff who are fully working remotely. We continue to work closely with Maine CDC as they plan to expand vaccination access and are excited to help support this progress as more vaccine becomes available.”

On to the unionizing effort.

On Jan. 12, National Nurses United and the Maine State Nurses Association filed a petition with the National Labor Relations Board to represent the 1,600 full-time, regular part-time and per diem nurses at Maine Medical Center, Maine- Health’s flagship hospital in Portland.

According to the tip I received, Reliant Labor Consultants representatives, along with those from a New York City law firm that represents employers in labor organizing efforts, received COVID-19 vaccinations while in Maine.

This despite a crystal-clear statement on the Maine CDC’s website that Maine vaccines are for Maine residents only.

Caron said he was not directly involved in Maine Med’s response to the nurses’ organizing effort and referred questions about it to the hospital administration. In an email statement Saturday afternoon, Maine Med spokesman Clay Holtzman said that “privacy concerns” prevent him from commenting on any individuals who have received a vaccination.

But he also noted, “Maine Medical Center’s practice is to offer vaccination to contracted service providers whose job roles require them to have regular contact with care team members or patients. This approach is applied across the MaineHealth system and is intended to help protect patients and care team members from the risk of COVID-19 infection.”

Holtzman said the practice “has been in line with previously issued state guidelines. Recently, state guidance has evolved to specify Maine state residency.

As with all updated safety and vaccination guidance, we will work with the state to ensure we fully understand expectations and put measures in place to properly follow them.”

Back we go to Farwell at DHHS.

“Maine’s allotment of vaccine from the federal government is determined by the number of Maine residents,” she wrote.

“Given that, and because of the limited supply, Maine established a residency requirement during Phase 1a after hospitals began vaccinating frontline health care personnel.”