Getting out of Cult 45
Steven Hassan was in a cult and has studied cults for decades. He says Trump’s most rabid followers need help breaking out of theirs. 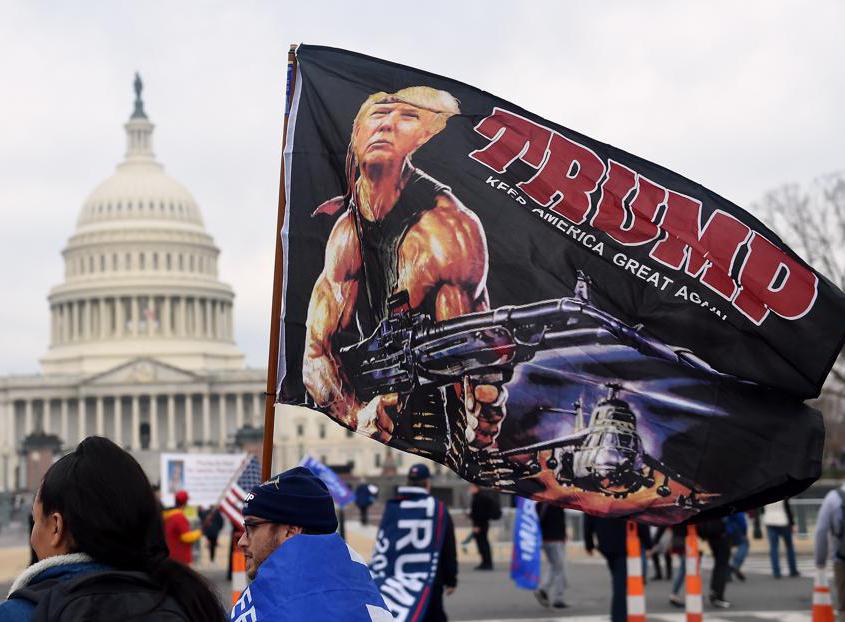 Steven Hassan, who has studied cults for decades, says the most ardent Trump believers need help liberating themselves.

NEXT IMAGE
By Steve Nadis

When Steven Hassan’s book “The Cult of Trump’’ came out in October 2019, many observers regarded the title as hyperbolic. In a book review, a Washington Post writer pointed out that people in his and many other offices try to gain favor by parroting their bosses’ ideas. “Does that make my workplace cultic?’’ he asked.

Well, opinions changed dramatically after the Jan. 6 rampage at the US Capitol by people who were utterly convinced that Trump had won reelection. Hassan says that during an interview after the siege, another Post writer told him: “You proved them wrong. It really is a cult!’’

When it comes to cults, Hassan truly is an authority. He’s been investigating destructive cults for 45 years, while writing five books on the topic and earning a master’s and PhD in psychology. He also has expertise earned in the hardest possible way: In 1974, when he was a 19-year-old student at Queens College, he was recruited into the Sun Myung Moon cult and didn’t get out until two and a half years later.

Since then, Hassan has dedicated his life to helping people get their family members out of cults and helping former cult members recover from the ravages of mind control — using a kinder, gentler, and voluntary approach to what was once called deprogramming. A quote from Antoine de Saint-Exupéry — ’’I know but one freedom, and that is freedom of the mind’’ — is attached to every email he sends. And he’s been warning about the dangers posed by Donald Trump since 2015. The malign sentiments aroused by our ex-president — through an unrelenting campaign of misinformation and incitement — may still pose a grave peril, Hassan cautions, even while Trump rides around on a golf cart in his personal version of Elba.

This conversation with Hassan has been edited and condensed.

How does a guy like you get into a cult in the first place?

In my case, the Moonies used three attractive and flirtatious young women, posing as Queens College students, who invited me to a fun event. That led to another “fun’’ event, followed by a weekend and then a longer outing involving sleep deprivation, indoctrination, and isolation. Lo and behold, I was in a cult without anyone ever mentioning the name Sun Myung Moon.

Nowadays, recruitment is dramatically different because we’re wired to our smartphones and computers and apps all the time. But some things haven’t changed between the 1970s and 2020s. The tactics that cults use, then and now, are all based on deception. And whether it’s online or in person, these groups throw out a lot of different nets and see who swims into them.

Cults tend to attract people who are particularly vulnerable owing to breakups (which was the case in my situation), the death of a loved one, loss of a job, illness, etc. — life-cycle things that everyone goes through. The universal vulnerability is lack of education as to how these groups operate. The public thinks that only ignorant people get into cults, but that’s really just ignorance about how cults work.

What qualities does Trump share with cult leaders like Moon whom you’ve had a chance to see close up and all too personal?

Trump checks all the boxes for malignant narcissism, a personality disorder that these people have in common: grandiose, self-centered behavior, the constant need for attention, the lack of empathy, a sense of entitlement, a craving for praise and adulation, and the inability to trust anyone else. All a malignant narcissist really wants is obedience. They can’t tolerate anything negative said about them, and they’ll get rid of anyone who dares to utter an unfavorable word.

What distinguishes the average Trump supporter from an actual cult member?

Just because someone voted for Trump doesn’t mean they’re in a cult. But if they think all critical information about Trump is “fake news,’’ and if they call anyone who says anything critical about him an “enemy of the people,’’ that shows a cultish influence going on. Some people consider Trump the messiah — and not just QAnon adherents — and if you believe that, you’re clearly in the cult of Trump. Anyone storming the Capitol who thought that Pence was a traitor and Pelosi satanic, and felt they were fully justified in using violence, even against police officers — such complete and blind devotion is classic cult behavior.

Trump doesn’t seem all that smart to me. How could he be so good at gaining influence over people?

It’s not just Trump alone. It starts with the cult leader having a bunch of able lieutenants around him who know how to make things happen. They use the leader as an icon, an inspiring figure, while they do all the work. It’s all part of a highly financed, coordinated machine that includes many billionaires and religious leaders who’ve been backing Trump for years. As for the followers, during times of widespread anxiety and stress, many people will listen to a person who steps up and confidently tells them with regard to the many problems ahead: “I know how to handle this.’’ If a trusted authority figure tells you a big lie, over and over again — that the election was stolen from him and that he actually won by a landslide — and when that lie gets repeated by congressmen and senators and Fox News and every other source of “information’’ you ever hear, it’s hard not to believe it. I’m very sympathetic to the people at the Capitol who had been duped and taken in by this conspiracy. As a Moonie, I was trained to die on command and kill on command. So when I saw the events on Jan. 6, I knew I could have been part of that debacle.

If Trump truly is an authoritarian cult leader, will his influence wane now that he no longer holds a position of authority?

A lot comes down to the people around Trump who have been funding him and enabling him, as well as to what the Senate and Biden administration do — along with the outcomes of the various civil and criminal cases Trump may soon face. But I also think it’s a great time to reach out to family members who’d been under Trump’s spell, and instead of saying “I told you so,’’ say, “I miss you and love you and can we start again?’’ We should get them talking, without judgment, while gently coaxing them back to sanity. But we need to do that soon, because white supremacy groups and other far-right organizations are already reaching out, trying to lure these folks into their orbits.

Do you think we’ll ever be rid of cults or are they an inextricable fixture of society?

Some cults die off, and some continue. A lot depends on the leader and also money and whether the law gets involved and arrests people. I would like to believe there might eventually be a time of no cults, but at the moment that doesn’t seem likely. That means we have to be on guard to keep demagogic politicians and would-be cult leaders from gaining too much power. We can’t sit back and let the authoritarians take over. That’s just not an option.

Steve Nadis is a writer living in Cambridge and a contributing editor to Discover Magazine.