{{{Page.Title}}}
Putin has gone full Stalin. Here’s how the West should handle him. 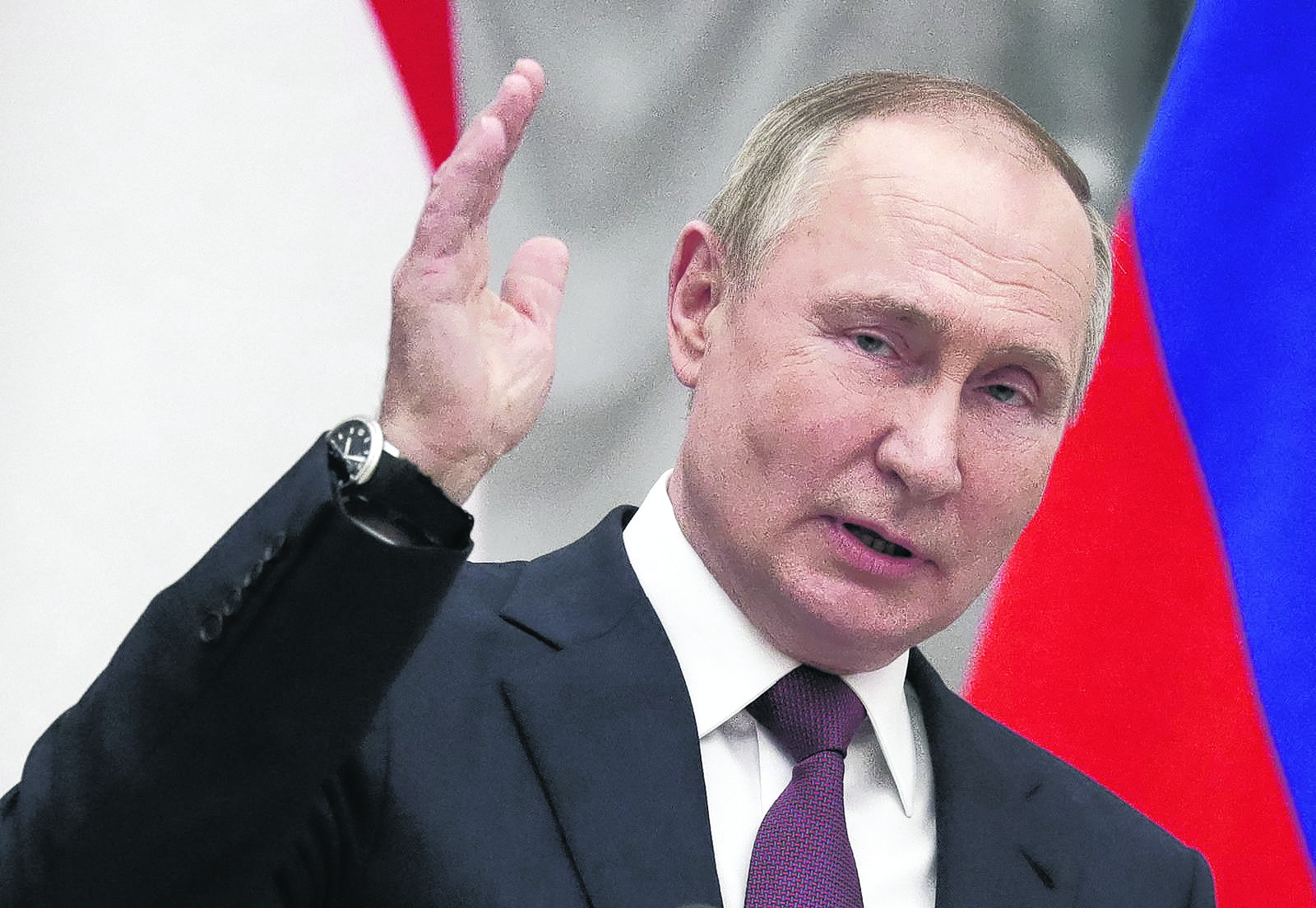 Russian President Vladimir Putin during a news conference at the Kremlin in Moscow on Feb. 1. 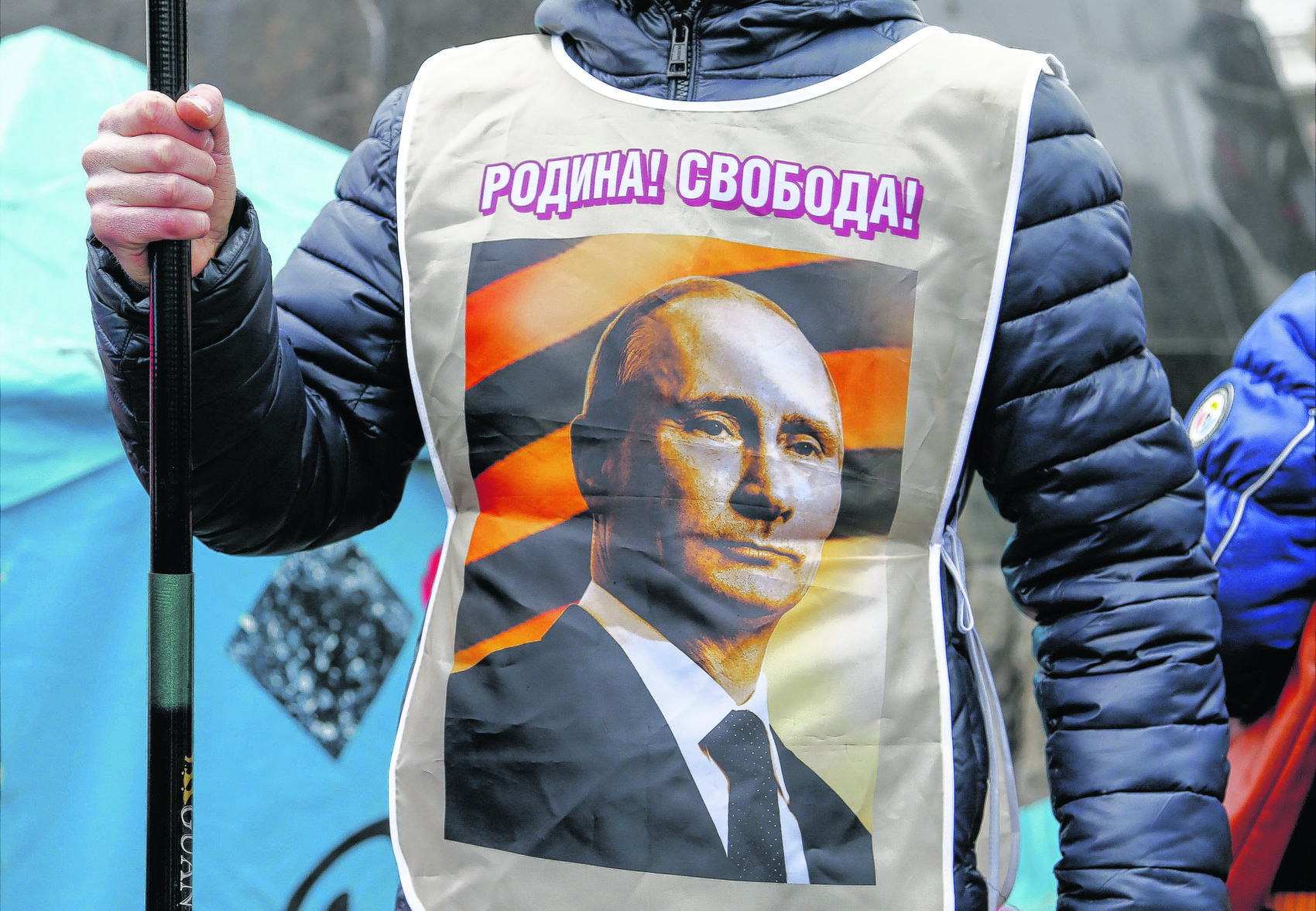 A pro-Russia demonstrator wears a vest bearing a depiction of Russian President Vladimir Putin and the words, "Motherland! Freedom!" during a rally in Donetsk, Ukraine, Sunday, March 16, 2014. Pro-Russia demonstrators in the eastern city of Donetsk called for a referendum similar to the one in Crimea.

As Russia teeters on the brink of a very dangerous mistake, the question recurs: Is Vladimir Putin a great and daring leader, or is he out of control?

Recent images from Moscow are anything but reassuring. Putin looks – how to put this nicely? – completely bonkers, or what the British call “starkers,” short for stark raving mad. Maybe it’s the pandemic. Or maybe Putin is worried that he’s not the only poisoner in Russia. But for whatever reason, he appears to have reached the phase in a tyrant’s career when human contact becomes terrifying.

Putin parks himself at one end of a ridiculously long conference table to parley with a visiting dignitary barely in shouting range. The other day, he convened a council of his advisers in the vast Kremlin meeting room of the Civic Chamber. He sat on one side of the expanse while his team hollered from the other.

Money plus monomania can make a guy crazy. The 20th-century industrialist Howard Hughes went so cuckoo for Cocoa Puffs that he bought a hotel, locked himself in the penthouse and used tissue boxes as slippers to protect his feet from germs. But at least he never invaded Ukraine. Putin suffers from the same combination of wealth and grandiosity, having robbed his country blind while promising to restore Russia’s lost empire. Note to national security adviser Jake Sullivan: Add bathroom tissue to the sanctions list – that might hit the little dictator where it hurts.

The only thing more dangerous than a nut with nukes is a nut with nukes who idolizes Joseph Stalin. That, alas, is Putin. Plunging Europe into war has not been the only thing on his mind lately. He has also been busy purging Russia of honest historians. In December, a puppet court in northern Russia extended the prison sentence of Yuri Dmitriev to 15 long years on trumped-up charges. His real offense? Documenting a few of Stalin’s countless crimes against humanity. Putin’s government then outlawed the academic movement called Memorial, which supported Dmitriev’s work and that of other scholars.

Putin’s two obsessions – absorbing Ukraine and whitewashing Stalin – share a tangled history. Strategically located on the Black Sea at the crossroads of East and West, Ukraine has been stolen, annexed, occupied and warred over for centuries. Sometimes, the western interior and the Crimean Peninsula were under the same rulers. Other times, they were in opposing hands.

Stalin’s plans for the region were characteristically brutal. He killed millions in the west through a man-made famine and ethnically cleansed Crimea of Tatars, replacing them with Russians. Responsibility for carrying out Stalin’s policies in Ukraine largely fell to Nikita Khrushchev, the Communist party chief for the region.

When Khrushchev rose to power after Stalin’s death, he consolidated the results of all that starving, murdering and cleansing by formally uniting Ukraine and Crimea into one Soviet Socialist Republic. Apparently, the idea was that the surviving Ukrainians would welcome Crimea as a gift – while at the same time the heavily Russian territory would finally tip the demographics of Ukraine toward Russia.

Of course, that’s not what happened. No amount of propaganda from Moscow could convince Ukrainians that they were actually Russians. When the Soviet Union collapsed, they wasted little time before cutting ties to their tormentors and setting up shop as an independent nation. But having no experience at independence, Ukrainians have found this to be a rocky road.

A clear-eyed master strategist would look on this story and see that Stalin’s brutality in Ukraine (as elsewhere) failed to achieve its objective. Millions of deaths and forced relocations did not solve the question of Ukrainian identity in the way Stalin had in mind. Instead, if anything, it deepened the desire of Ukrainians to be free.

Putin appears determined to try the same thing Stalin tried – first by taking back Crimea, which he did in 2014, then by combining it with Ukraine under Russian domination. But he seems to expect a different result, which is one definition of insanity.

Those who say that the United States and its allies somehow brought on this crisis are misguided. Geography is destiny, and Ukraine’s location means that it will be fought over unless it is protected by a robust commitment to peace. Putin has no such commitment.

In its response, the West must keep a grip on reality. The way to deal with a Stalin wannabe is the same way the world dealt with the original: Surround, contain and hold that line with steely patience. It’s crazy to think that the Cold War is resuming – but that appears to be exactly what is happening. The same alliance that won the first time will win again, if only the West can keep its wits.