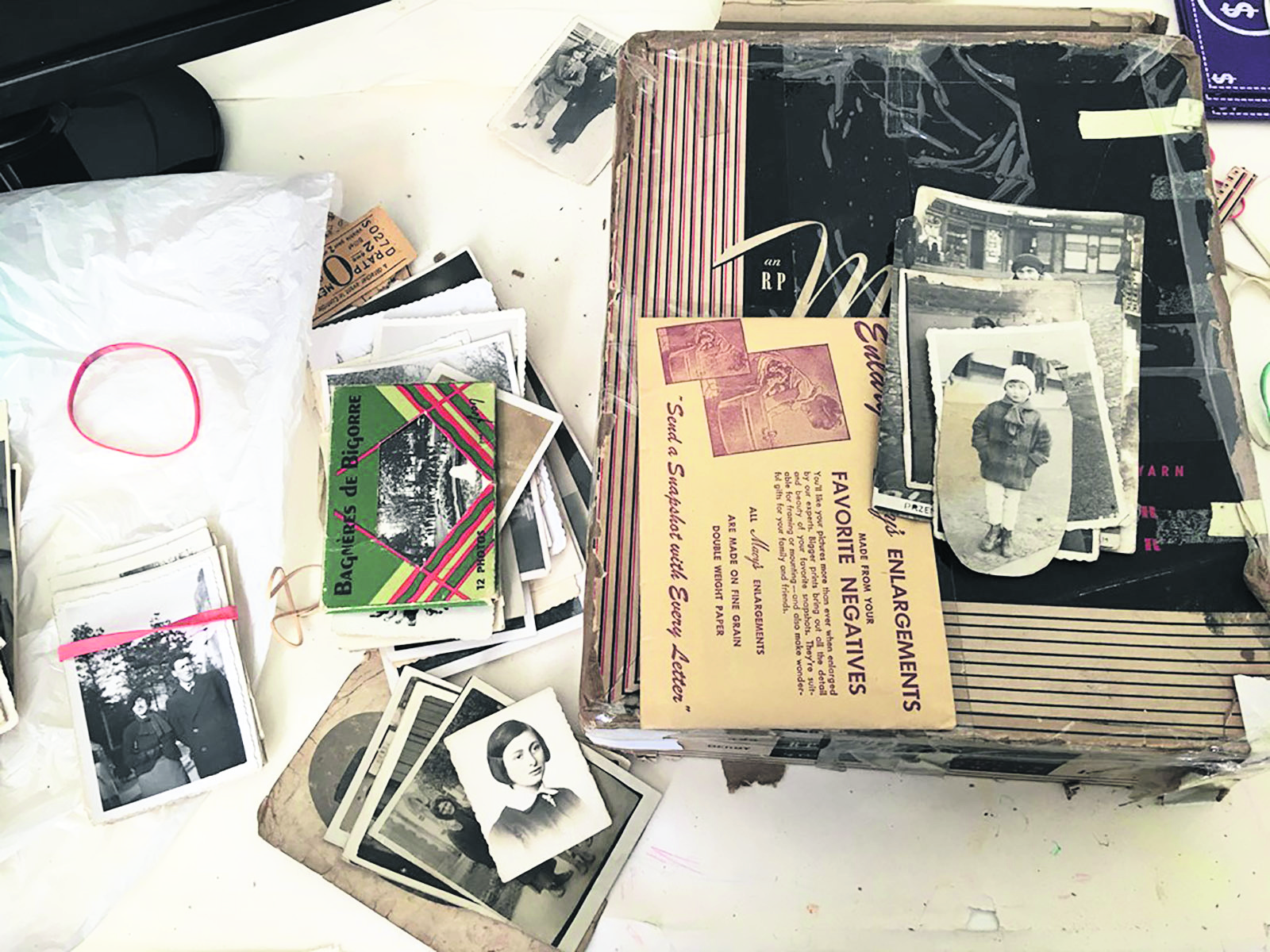 Silvia Espinosa Schrock gave David Semmel a box of old photos that she had bought and forgotten. The photos, which are from the Holocaust era, are of Semmel’s relatives. 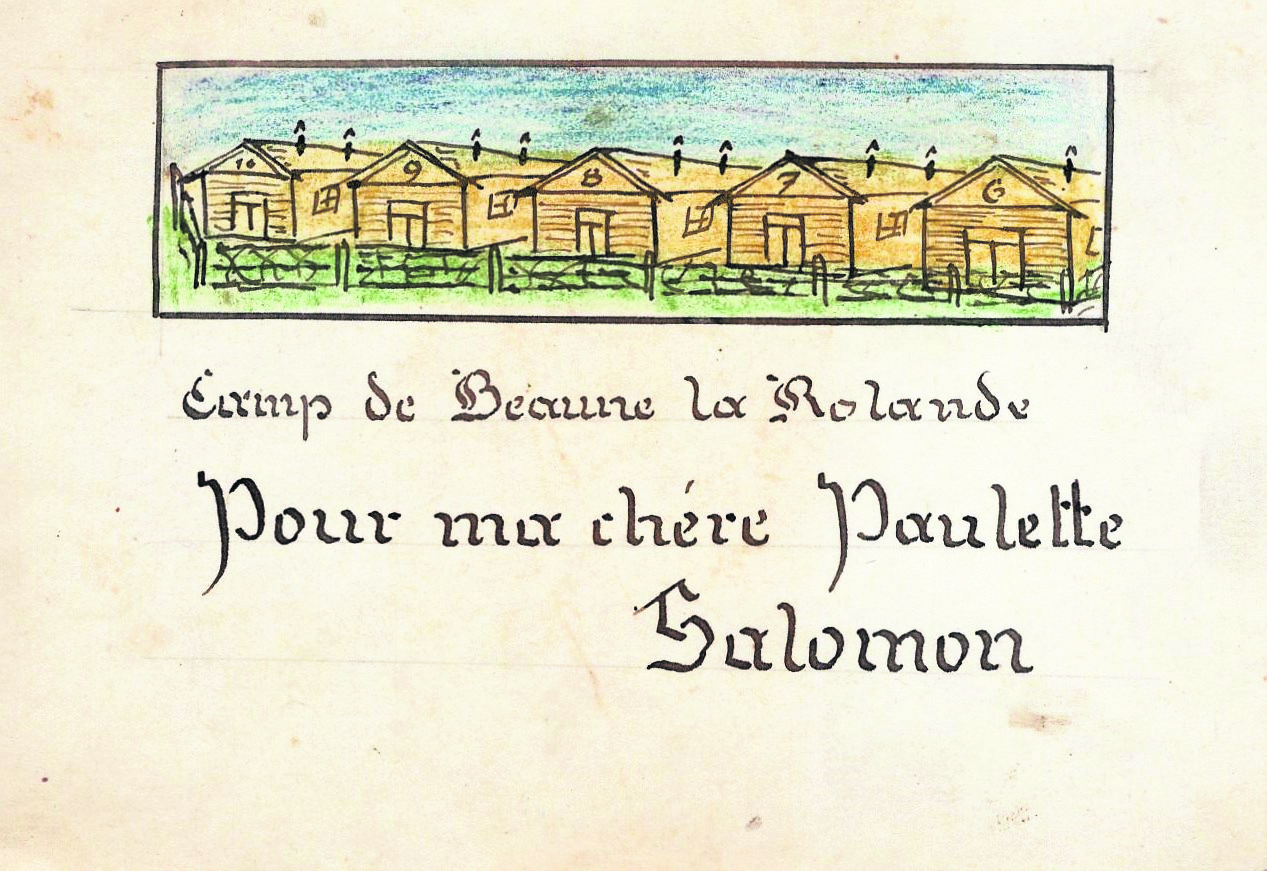 Salomon Abend drew a picture of the barracks at the Beaune-La-Rolande camp in the 1940s and sent it to his wife, Paulette. Abend did not survive the Holocaust. 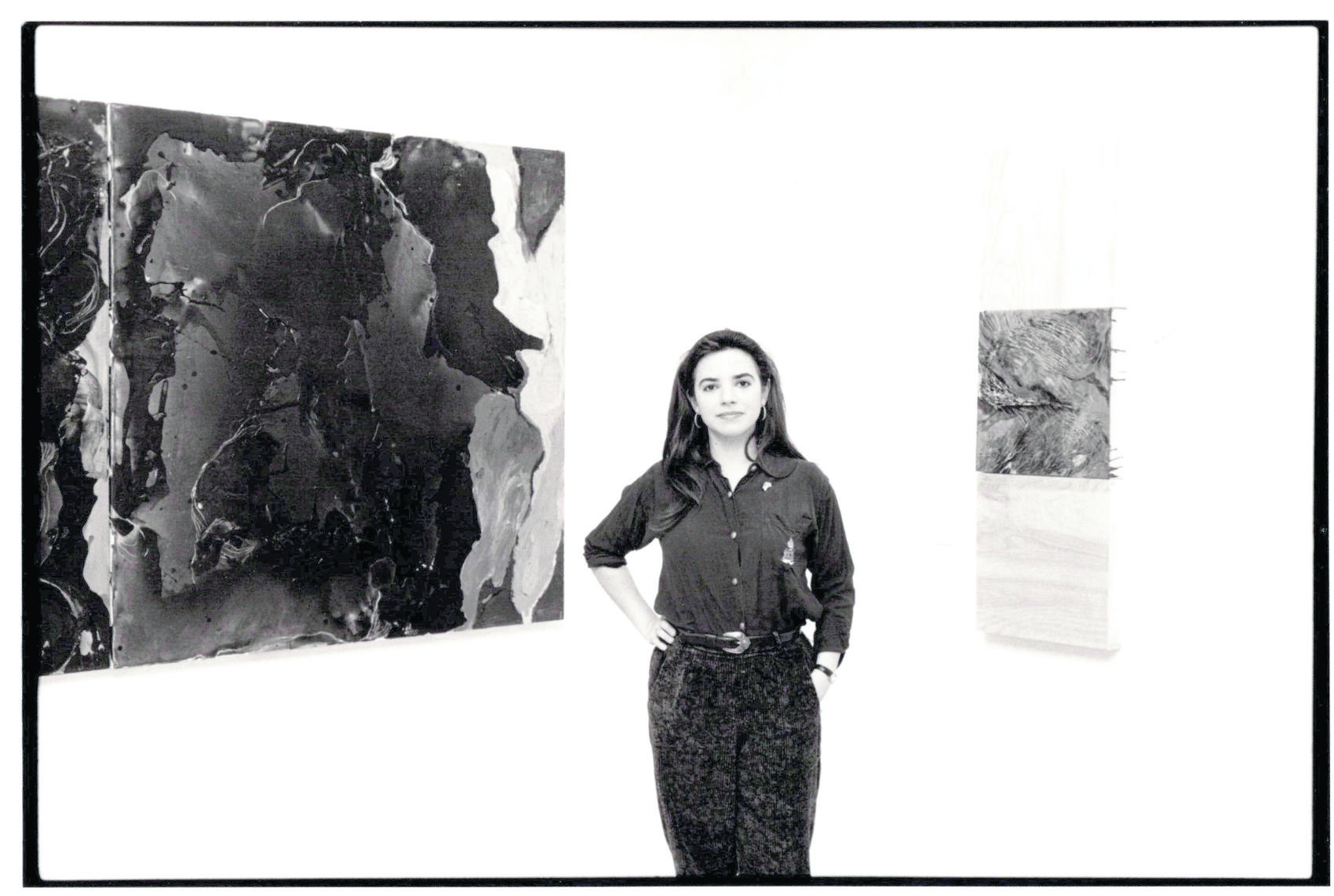 Silvia Espinosa Schrock when she was 19 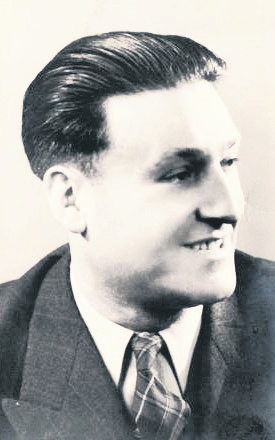 Silvia Espinosa Schrock was walking to Cooper Union arts college in New York’s East Village more than three decades ago when she stumbled upon a man selling knickknacks and books on a blanket.

She spotted a worn-out department store shirt box packed with old family photos. Something about the pictures captured her eye. Espinosa Schrock, who was 19 at the time, handed over a $5 bill, tucked the box under her arm and continued on her way to school.

“I wondered why he would have it, why he would be selling it,” she said of the street peddler. She wanted to return the pictures to whoever they first belonged to.

“It was someone’s story.”

Then they were forgotten, stashed away in her parents’ Kendall home.

Fast-forward about 32 years, and Espinosa Schrock, now 52, discovered the box again — this time while she was doing some pandemic cleaning.

After a late-night Google search, the Miami Dade College art-history professor found a blog by David Semmel, a family member of the people in the photos.

The photo collection is now in the hands of the U.S. Holocaust Memorial Museum in Washington, D.C.

The donation — which includes rare photos of Beaune-La-Rolande, an internment camp in central France, 55 miles south of Paris — came ahead of International Holocaust Remembrance Day on Thursday, Jan. 27. The day marks the 77th anniversary of the liberation of Auschwitz-Birkenau, a concentration camp in Nazi-occupied Poland.

Suzy Snyder, U.S. Holocaust Memorial Museum curator in D.C., said the collection is important in the museum’s quest to document and preserve history. With more than six million Jews losing their lives under the Nazi regime, Snyder said there are thousands of stories that remain untold.

“By donating a collection, it allows us now to illustrate people who did not survive the Holocaust or people who were victims,” she said. “You want to be able to tell a story for each number.”

When Espinosa Schrock arrived at school that winter day, she began going through the photos. She saw two people in love. She saw families with big smiles. And then she saw pictures of what appeared to be a camp.

And then people in some of the photos were not in others. They were gone.

“I knew it had to be a Jewish family and that some of the people died in the Holocaust,” she said, adding there were words written on the back of the photos in Yiddish and Polish.

Espinosa Schrock, who says she is a devout Catholic, used them for an art project in which she displayed the photos in a box with lights.

When she graduated in 1992, Espinosa Schrock stored the box in a plastic bin, which was kept in her parents’ Kendall home.

She went on to study in Vienna and settled back in New York before moving back to Miami in 2012.

She forgot about the box.

Then in March 2020, Espinosa Schrock decided to go through her things in her childhood bedroom so she could move some of the stuff to her own house.

When she came across the box, she knew she had to find that long-ago family.

“Without the box, these people will be forgotten,” she said.

In the late-night Google search, Espinosa Schrock found a family member of the people in the photos. She searched the name Joachim Getter, written on one of the photographs. That search led Espinosa Schrock to The Jewish Przemysl Blog, created by Semmel, a descendant of the family.

“Searching in 2020 was a lot easier than when I found it,” Espinosa Schrock said.

Semmel, who lives in Bloomington, Indiana, and spends the winter in Fort Lauderdale, has done a lot of work to trace his family tree. He started a blog as a way to share information about the Polish city that his family was from.

Espinosa Schrock knew she was right when she found the same picture of Muni Getter on Semmel’s blog that she had in her box.

She contacted him on the blog.

“Hello David, I have a box of many photos of who I believe is Muni Retter, Chayal, Florine Retter and many other relatives,” she wrote, guessing the spelling of the names. “I found the box in around 1989 in Manhattan. Is Muni’s name actually Joachim Retter who later married Paulette Salomon? I have pictures I can send you so that you can identify them. I have had them since and forgot about them all this time, until tonight. I was going through them and began searching for Joachim Retter, the only name I could really make out. Please contact me so that I can send you pictures and perhaps you can identify them.”

Semmel said he couldn’t believe what he was reading. Muni Getter was married to his grandfather Emil’s sister, Chaya Silberman.

Silberman died in the Holocaust.

After the war, Getter married Perla “Paulette” Rosiner. Paulette had lost her husband, Salomon Abend, in the Holocaust. Some of the photos included the time he was in the French internment camp.

Semmel said he believes the box belonged to Paulette, who died in the 1980s in New York. He thinks the box was discarded when her apartment was cleaned out.

Learning more about his family

Semmel had a single photo of his great aunt Chaya. He knew little more about what happened to her.

“She became a real person,” he said. “It was both thrilling and incredibly sad at the same time.”

Paulette Rosiner and Salomon Abend were high-school sweethearts in Przemysl, Poland. In the mid-1920s, they immigrated to France, Semmel learned.

Muni Getter married Chaya Silberman in 1926 in Przemysl and they eventually moved to France. They had a daughter named Florine, according to Semmel.

Semmel said it is believed that Florine survived the war because her parents handed her over to a convent.

Meanwhile, Abend was arrested and brought to the Beaune-La-Rolande camp. It is not clear how Paulette survived, according to a document that Semmel created of his family tree.

Eventually, Paulette met Muni Getter, and the two married and settled in the Bronx.

Semmel said the box helped him fill in a lot of the missing branches of his family tree.

But he knew right away the best option was to donate it to the Holocaust museum as a way to preserve history.

“The amount of sadness in the box was almost unbearable,” he said. “I knew that this had to be shared.”

He credits Espinosa Schrock for recognizing that the photos were important enough to track him down.

“I think the message here is that you never know what you may find stored away somewhere,” he said. “It’s important not to just throw things away.”