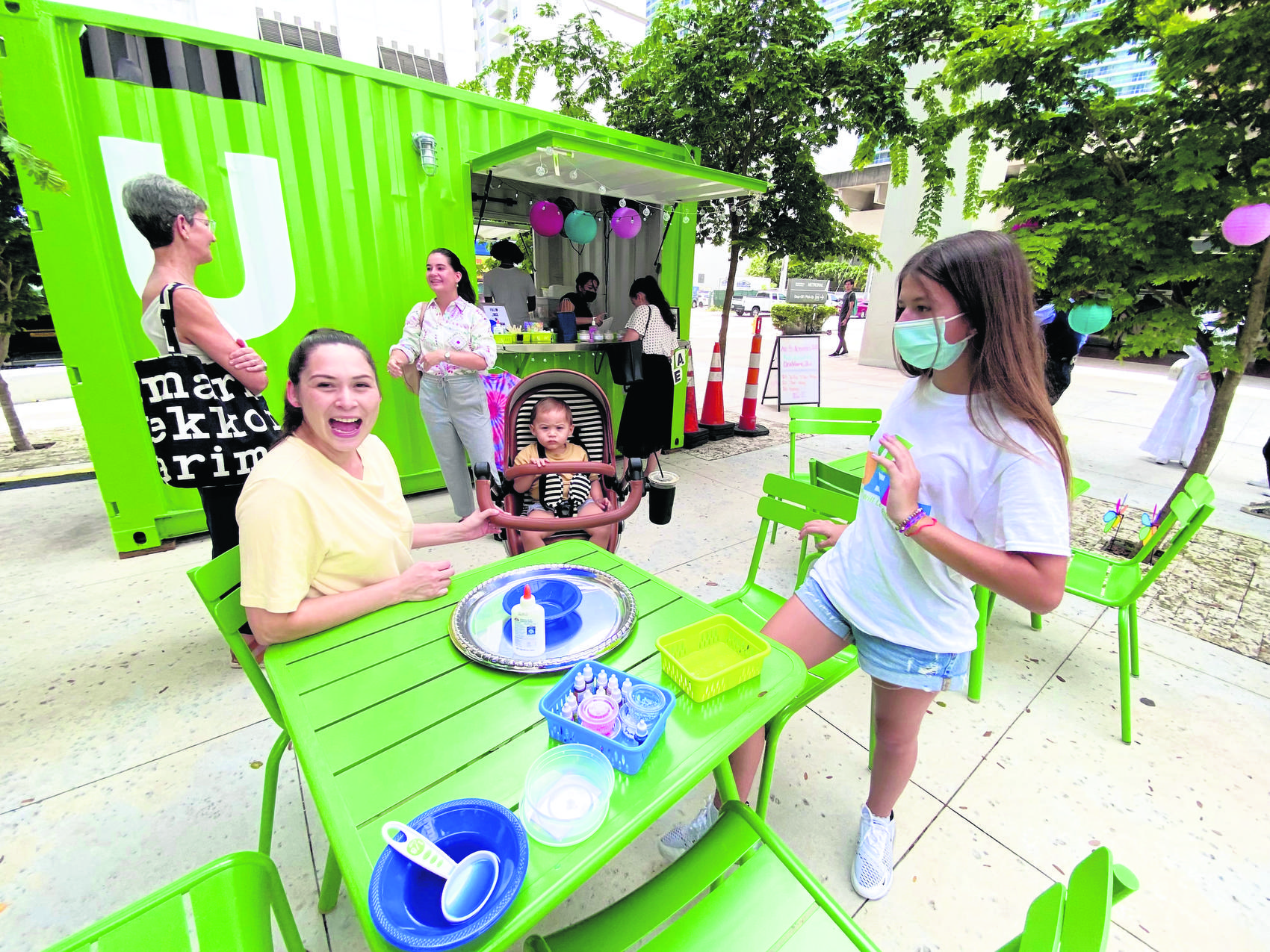 Passerby interact with a Budding Entrepreneurs business this summer at the Underline's Brickell Backyard section downtown.

PHOTOS BY Ana Ruiz Friends of the Underline 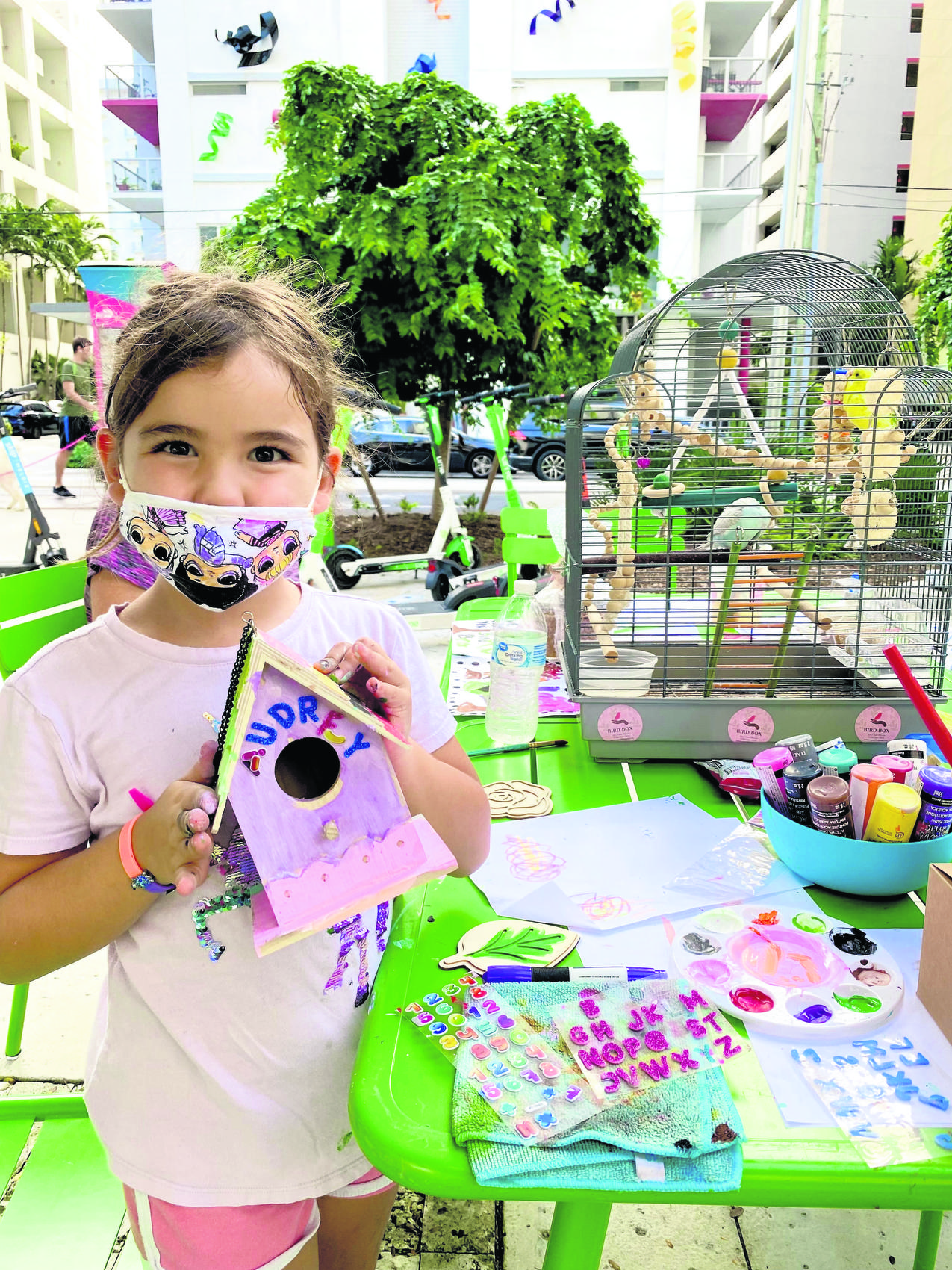 Birdbox is a paint-your-own birdhouse business launched through Budding Entrepreneurs.

It’s hard to resist a snow cone ice cream treat on your way to work.

“Snow cones have such a nostalgic appeal to people,” Rolle says. “Every time you have it, it brings back memories. So the idea of making them available was to make connections with the community and...talk about different things going on in their lives.”

Rolle was one of 10 Miami youth entrepreneurs selected to launch a business at a kiosk installed at The Underline’s Brickell Backyard development on Southwest 1st Avenue and Southwest 10th Street as part of a summer Budding Entrepreneurs program. The students were the beneficiaries of a partnership between The Underline and The Children’s Trust, which selected the Miami parks group to receive a grant in support of unique, community-based programs. This year, the Trust approved more than $1.6 million for its Innovation Fund grant program — 60% more than in past years — to focus on projects addressing social justice and racial equity.

In partnership with Miami Dade College Wolfson Campus, The Underline developed a 16-week curriculum encouraging Miami-area youth to dream up an idea for a business start-up. Then, 10 business proposals were selected to launch over the summer and compete in a “Shark Tank”-inspired format. Students were tasked with finding a business that would both develop community while meeting a customer’s need.

Yanatha Desouvre, an entrepreneurship faculty member at the Wolfson Campus, served as the students’ advisor. “We tried to create an environment where students would feel safe asking about what concerns they may have — where they could test ideas,” she said.

Rachel Spector, associate director of programs at The Children’s Trust, said students like Rolle said they found the program life-changing. “He said he would never have had an opportunity like this — and that he wasn’t even certain he was going to have the opportunity to study in college,” she said.

The overall winner among the young entrepreneurs was Delfina Incani, whose Birdbox business allowed passerby to paint their own bird houses. She brought in $714 for the summer. Incani, a recent immigrant from Italy, said it was a challenge to develop an idea that would appeal to Brickell’s broad swath of residents and workers.

“It was more selling a moment to paint in nature and giving people a little break,” Incani said. “Some stayed hours and hours and didn’t want to leave.”

Adan Corea – Sanity on the Go