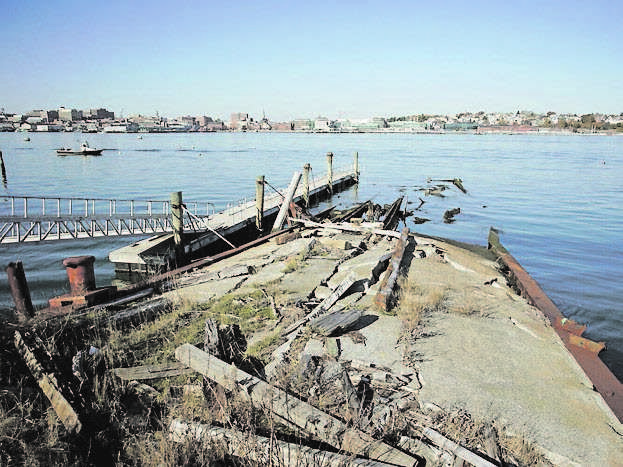 A pier at the former shipyard, pictured in 2021, is crumbling into Portland Harbor. PK Realty paid $7.7 million for the land near Bug Light Park in 2018. Gregory Rec/Staff Photographer 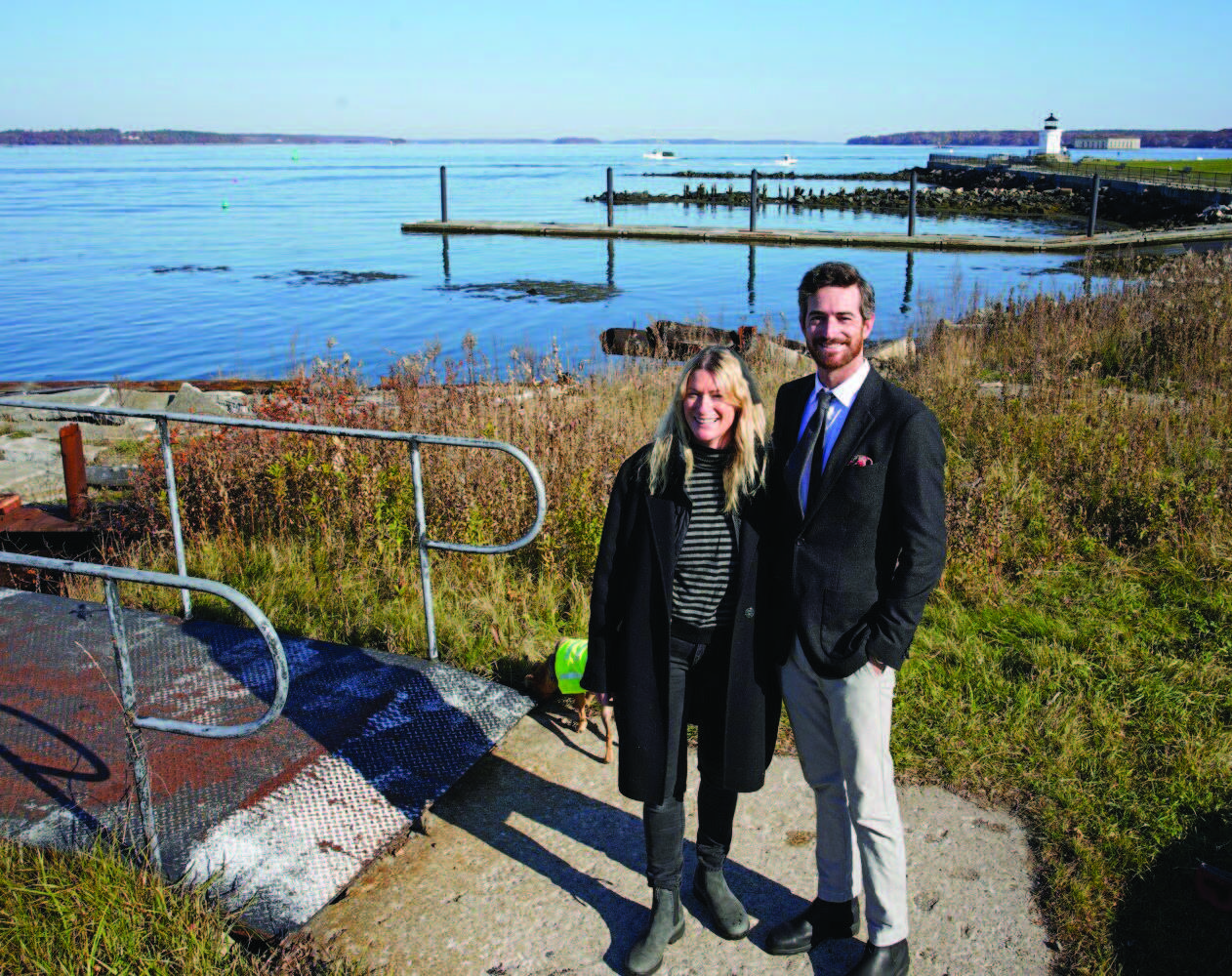 Jennifer Packard, principal of PK Realty Management, and her brother David Packard, chief counsel of the company, in the former shipyard in South Portland.

SOUTH PORTLAND — The developer of former shipyard land next to Bug Light Park plans to seek a zoning change that would allow construction of four 18-story buildings overlooking Portland Harbor and Casco Bay.

But at least two groups are already fighting the company’s plan to redevelop 30 acres where workers built Liberty Ships during World War II. PK Realty Management isn’t expected to submit a rezoning proposal to the city until later this month, and representatives of the company say they have no solid building plans yet.

Opponents of the development, called The Yard South, are focused on four lots where buildings could be twice as tall as current zoning allows, and they worry that the overall project would place about 1,200 housing units near bulk petroleum storage tanks.

They also believe it would have inadequate parking and add to daytime traffic congestion on Broadway, the main artery of a mostly residential area that includes Southern Maine Community College.

“I don’t think they should build residential there at all,” said Cathy Chapman, organizer of No Yard South, a recently formed citizens group. “I’m pro-green and pro-density, but not there.”

The developer plans to seek a contract zone that would set new development standards for the entire property. Maximum building heights would increase from 86 feet to 180 feet on four lots near the park. The rest of the property would keep the current height limit.

PK Realty representatives said no buildings are planned yet for the four lots, but they discussed their intention to seek the height increase during a site walk with about 50 residents on Oct. 29 as part of an ongoing community outreach effort.

It’s possible that four 18-story buildings could be constructed, they said, but it’s highly unlikely and depends on the individual needs of future development partners, who would buy lots contingent on city approval of their plans.“We don’t know what the buildings will be yet,” said Jennifer Packard, principal of PK Realty. “We’re looking to address a lot of the concerns people have in advance. We want to have as little negative impact as possible and as much positive impact as possible.”

To address the region’s housing shortage, the contract zone also would allow residential construction – specifically multi-family housing – which is currently excluded from the shipyard zone. It would cap residential construction at about 1,200 units, averaging about 1,250 square feet per unit. And it would require the construction of 60 affordable units by the South Portland Housing Authority and another 60 affordable units by a developer yet to be determined.

Housing could be built throughout the development, mostly above parking and retail or office space, said David Packard, PK Realty’s in-house counsel.

The zoning change also would remove petroleum storage and handling operations from the list of uses allowed on the site. Hotels, restaurants, marine and light industrial would continue to be allowed uses, which would be expanded to include breweries, farmers markets, schools, warehouses, marijuana operations, theaters, and architectural wind turbines.

The Yard South would be a sustainable waterfront community including housing, retail, community services and workspaces, according to its website. It would include a trail network, three bus stops, and a water transit service to connect with the city’s Greenbelt Walkway, surrounding neighborhoods and downtown Portland.

Under the draft contract zone, minimum off-street parking requirements would be waived if the building lot is within a quarter-mile of a transit stop.

In a recent newsletter, the group said the city should require emissions mitigation technology to be installed on tanks near the shipyard property before allowing more people to live there.

It also said the city should require the project to be designed to counter future impacts of sea level rise, and it should develop a public evacuation plan to respond to tank-related emergencies, such as leaks or explosions.

“For Protect South Portland, our focus is on health and safety,” said Roberta Zuckerman, a group coordinator. “Those issues must be addressed before more people are added to that neighborhood.”

City Manager Scott Morelli has stipulated that the city currently has no evidence that tank emissions are harmful to people living near the tanks, and no federal, state or local environmental authority has stated such a problem exists, including the city’s Clean Air Advisory Committee. He said further air quality monitoring is necessary.

The contract zone would require the developer to stabilize the shoreline to mitigate future erosion, wave effects, surface flooding, and runoff into the Fore River. PK Realty is on track to spend $1.2 million to remediate 3 acres of industrial contamination as part of a seawall repair project, Magida said.

Any residential construction would require further brownfield remediation, she said.