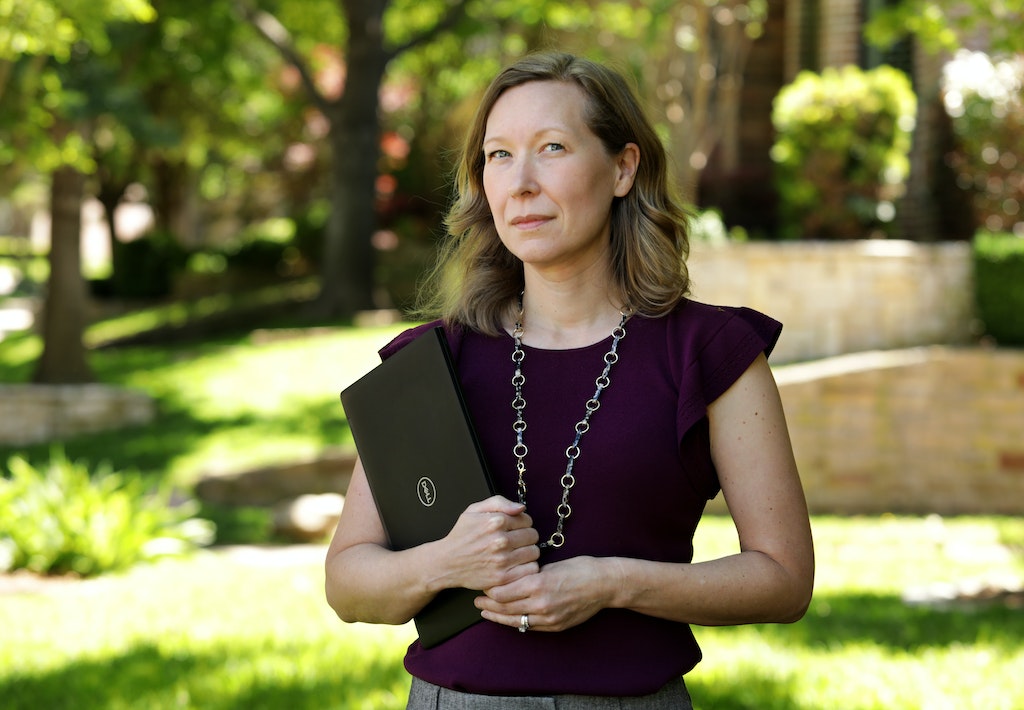 Megan Heuer of the SMU Libraries in Dallas is a leader in information literacy. She says it’s smart to be suspicious if you read something that causes strong feelings. (Jason Janik/Special Contributor)

To avoid web of conspiracies, learn to recognize fake news

riends are asking me if I’m related to Harvard University chemistry professor Charles Lieber, whose last name I share.

“Uncle Charlie?” I ask. But I’m joking. Charles is not part of my family tree. But his situation is nothing to laugh at.

He was arrested in late January and charged with lying to federal investigators about his relationship with a Chinese university, where he served as a guest scientist.

Lieber is a leading American chemist who was caught allegedly taking a secret salary in the millions from Wuhan University of Technology. Yeah, that Wuhan.

According to his indictment, he also lied to Harvard about his relationship with the Chinese.

Meanwhile, one of his Chinese associates was arrested trying to hide 21 vials of a chemical substance in his sock as he tried to leave the U.S. to escape back home to China.

You can probably guess what’s going on with this information. Lieber is now accused, in some circles, of being the scientist who created coronavirus. He was in Wuhan. He was hiding his work. His arrest came around the time infections in Wuhan were spiraling out of control.

Only, that’s not true. It’s another conspiracy theory that has deep and lasting hooks like the virus cell itself.

How do you find the truth? I found someone in Dallas with lots of good verification ideas that I’ll share in a moment.

I noticed the story about Lieber because of the name thing. But it only took me minutes to investigate. I found the Justice Department’s actual charging documents.

If the allegations are true, Lieber was greedy but he had nothing to do with the virus.

Those 21 vials taken by the associate? They contained cancer cells that the associate was stealing to conduct his own research in China.

Some people believe that the founder of Microsoft planned the coronavirus to take control of the global health system.

He’s also accused of profiting off a vaccine and using the crisis to create strict surveillance systems.

Actually, what Gates did was sound the alarm on a potential pandemic louder than anyone else.

“The coronavirus is a hothouse for conspiracy theorists,” Leonard Apcar said. He holds what may be the only endowed professorship on a new subject called media literacy at Louisiana State University’s Manship School of Mass Communication. The site he created with his students is DetectFakeNews.com.

“Trust in official explanations has dwindled,” he said. “Bill Gates and a leading Harvard scientist are the theories-of-the-moment for now. You can bet there will be more.”

How can you verify?

It’s not always easy to separate truth from fiction. In 2016 I could easily tell the fake news reports from the real ones on Facebook. One of my nerdy qualities is that I know the names of newspapers in American cities.

When I saw a news report on Facebook attributed to “ClevelandTribune.com” for instance, I know it was a fake media outlet. But most people outside of Ohio wouldn’t know it should be the Plain Dealer, not the Tribune.

Since then, the subject of media literacy has taken on some urgency. Similarly, a sister field in the library world is named information literacy. One of the leaders in that field is Megan Heuer of the SMU Libraries in Dallas.

Heuer conducts workshops on the subject and also is devising ways to place information literacy in many of the disciplines throughout SMU.

“With coronavirus, people are much more likely to check whether something is true or not,” she said. That’s good.

Be wary of strong, emotional responses. Heuer says it’s smart to be suspicious if you read something that causes strong feelings.

Conduct lateral searches. When you see something on one type of website that you want to verify, go to other sites on the same topic. Don’t limit information-gathering to only one website.

Check the age of the domain. Is the site new or long-standing? Go to whois.com and see when the site was first registered. If it’s recent, it’s often not credible.

Beware of fake media sources. How many sources are cited in the story? Are they credible? Real? Be on the lookout for opinion pieces or advertising that masquerades as a real media outlet.

Recognize good reporting. Journalists who are credible learn about all sides and represent multiple viewpoints.

Conduct a reverse image source. Google Images allows you to check if photos used to bolster a story have been used elsewhere, an indicator that the story could be hyped. Right-click on a photo and save the image. Then slide the image into the Google Images icon which is beside the tiny microphone in the Google Search bar. If the web page won’t allow you to save the image, you can use the Snip tool.

Use fact-check sites. Heuer suggests FactCheck.org, Politifact, Hoax-Slayer, Snopes and Truth or Fiction. Many of these kinds of sites show you the sources they use to check.

Look for news bias in stories. She recommends news story evaluators — All Sides, Politifact, FactCheck or MediaBiasFactCheck. Heuer also likes NewsGuard, which promises to show you “who’s behind each site and whether it has a record of publishing accurate information.”

Ask a librarian. They are trained to detect fact or fiction, and they’re willing to help.

OK, hope this helps. And please remember that I’m not related to the guy. I don’t have an Uncle Charlie.