US ‘wasted’ months before preparing for virus 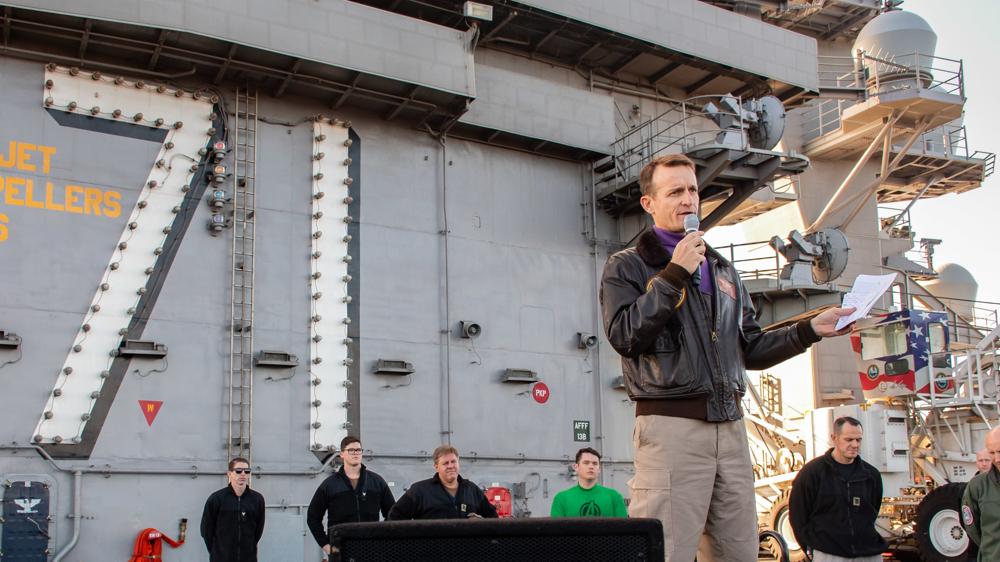 WASHINGTON — As the first alarms sounded in early January that an outbreak of a novel coronavirus in China might ignite a global pandemic, the Trump administration squandered nearly two months that could have been used to bolster the federal stockpile of critically needed medical supplies and equipment.

By that time, hospitals in several states were treating thousands of infected patients without adequate equipment and were pleading for shipments from the Strategic National Stockpile. That federal cache of supplies was created more than 20 years ago to help bridge gaps in the medical and pharmaceutical supply chains during a national emergency.

Now, three months into the crisis, that stockpile is nearly drained just as the numbers of patients needing critical care is surging. Some state and local officials report receiving broken ventilators and decade-old dry-rotted masks.

As early as mid-January, US officials could see that hospitals in China’s Hubei province were overwhelmed with infected patients, with many left dependent on ventilator machines to breathe. Italy soon followed, with hospitals scrambling for doctors, beds, and equipment.

HHS did not respond to questions about why federal officials waited to order medical supplies until stocks were running critically low. But President Trump has asserted that the federal government should take a back seat to states when it comes to dealing with the pandemic.

Trump and his appointees have urged state and local governments, and hospitals, to buy their own masks and breathing machines, saying requests to the dwindling national stockpile should be a last resort.

“The notion of the federal stockpile was it’s supposed to be our stockpile,’’ Jared Kushner, the president’s son-in-law and adviser, said at a White House briefing Thursday. “It’s not supposed to be state stockpiles that they then use.’’

Specialists in emergency preparedness and response have expressed dismay at such statements, saying the federal government must take the lead in ensuring medical supplies are available and distributed where they are needed most.

Two members of the Wisconsin Elections Commission on Sunday denounced the Republican-led Legislature for moving forward with the state’s primary this Tuesday, warning that the move will put the lives of Wisconsin residents at risk amid the spiraling pandemic.

As other states have canceled their nominating contests, Wisconsin has chosen to go it alone — even though more than 100 municipalities will not have enough poll workers to open a single voting location, some voters may not receive their mail-in ballots in time, and those who do vote in person will be doing so at a time when health officials have warned all to stay home.

Amid public uproar over the issue, Wisconsin Governor Tony Evers, a Democrat, called for delaying the contest and abruptly convened a special legislative session Saturday. But at the session, the state Legislature refused to take up a proposal to cancel in-person voting in Tuesday’s elections. Republicans on Saturday also filed an appeal with the US Supreme Court seeking to block a deadline extension for mail-in ballots to be received.

Captain Brett Crozier, the Navy captain who was removed from command of the coronavirus-stricken aircraft carrier USS Theodore Roosevelt, has tested positive for COVID-19, according to two Naval Academy classmates of Crozier’s who are close to him and his family.

A Navy spokesman declined to comment on his status.

The commander began exhibiting symptoms before he was removed from the warship Thursday, two of his classmates said. Crozier was fired following a leak to The San Francisco Chronicle of a letter he had e-mailed to Navy leaders that detailed the failures on the service’s part to provide the necessary resources to swiftly move sailors off the carrier and disinfect areas on board as the virus spread through the ship.

Thomas Modly, the acting secretary of the Navy, said he had lost confidence in Crozier’s ability to command effectively as it dealt with the evolving crisis after Crozier sent the letter on an unclassified e-mail system to 20 to 30 people. Sending such a letter, Modly said, caused unnecessary alarm about the operational readiness of the ship and undermined the chain of command.

Secretary of Defense Mark Esper said Sunday on CNN’s “State of the Union’’ that there were 155 confirmed cases of COVID-19 among sailors aboard the aircraft carrier.

The news of Crozier’s diagnosis is likely to fuel further skepticism of the Navy’s handling of the carrier outbreak, which has already received notable criticism from the rank and file.

NEW YORK — A tiger at the Bronx Zoo has tested positive for the new coronavirus, in what is believed to be the first known infection in an animal in the United States or a tiger anywhere, federal officials and the zoo said Sunday.

The 4-year-old Malayan tiger named Nadia, and six other tigers and lions that have also fallen ill, are believed to have been infected by a zoo employee who wasn’t yet showing symptoms, the zoo said. The first animal started showing symptoms March 27, and all are doing well and expected to recover, said the zoo, which has been closed to the public since March 16 amid the surging coronavirus outbreak in New York.

The finding raises new questions about transmission of the virus in animals. The US Department of Agriculture, which confirmed Nadia’s test result at its veterinary lab, says there are no known cases of the virus in US pets or livestock.

CHARLESTON, W.Va. — A planned public gathering was shelved on the 10th anniversary of the worst US mining disaster in decades. Heartfelt speeches gave way Sunday to silent remembrances and individual prayers for the 29 men who died at the Upper Big Branch mine in West Virginia.

The pandemic prompted the decision weeks ago to cancel the event. Instead, mourners were allowed to lay wreaths from dusk to dawn at a memorial site in Whitesville, not far from the mine.

Worn and broken cutting equipment created a spark that ignited accumulations of coal dust and methane gas at the mine. Broken and clogged water sprayers allowed what should have been a minor flare-up to become an inferno.