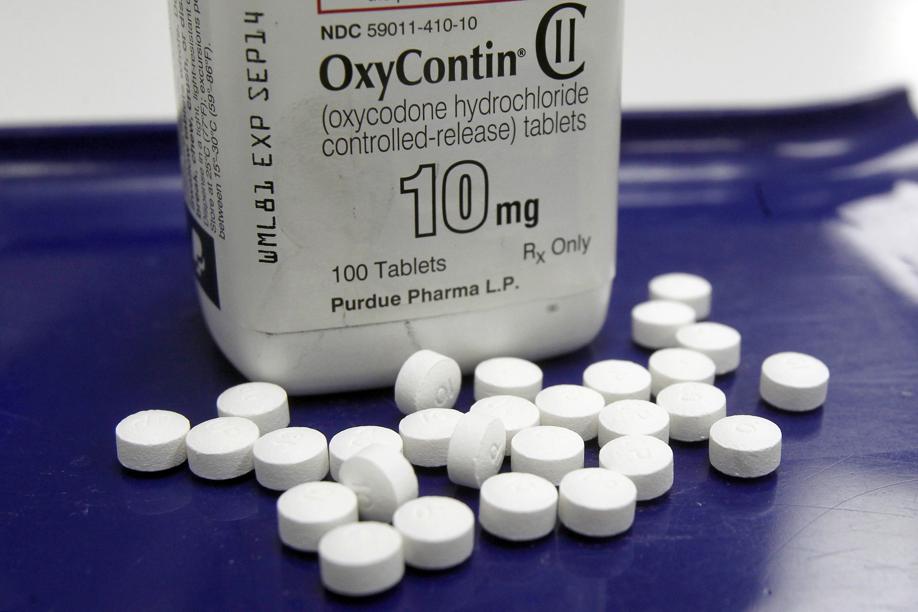 Purdue Pharma, the maker of OxyContin, has denied the allegations in the Massachusetts lawsuit.

NEXT IMAGE
By Andrew Joseph, STAT

In the early 2000s, when Dr. Jane Ballantyne was director of the Pain Center at Massachusetts General Hospital, the opioid-pill maker Purdue Pharma struck a deal with the hospital to start a pain program there.

To Ballantyne, it seemed like a boon: two organizations — one academic, one a drug company — with the shared goal of easing patients’ pain coming together to collaborate. Working with Purdue, she said then, “will assist us in finding ways to clear up misconceptions and misunderstandings about pain and provide caregivers with the knowledge and resources they need to help patients.’’

In 2003, however, Ballantyne coauthored a New England Journal of Medicine paper that raised concerns about the safety and effectiveness of opioid painkillers for patients with chronic pain. It was a direct threat to how Purdue had been marketing its drugs, but Ballantyne didn’t think of that way.

Purdue instead saw the sponsorship of a pain program at Mass. General as a way to gain sway at one of the most influential academic medical centers in the country and boost its revenues — by encouraging doctors to prescribe OxyContin and Purdue’s other opioids to more patients at higher doses and for longer periods of time — according to a court document made public Tuesday.

Ballantyne, who is now at the University of Washington, left Mass. General in 2008. The following year, Purdue decided to re-up its sponsorship, paying the hospital $3 million for the Massachusetts General Hospital Purdue Pharma Pain Program and — as a result — access to prescribers, ties to medical students and physician trainees, and political capital at a time when scrutiny of opioid manufacturers was increasing, according to the court filing.

The filing came in Massachusetts Attorney General Maura Healey’s lawsuit against Purdue that says members of the Sackler family — which controls the privately held Purdue — allegedly directed an aggressive and misleading marketing campaign to promote their drugs, including OxyContin, and obscure the risk of addiction and overdose. Citing internal e-mails and reports, the filing depicts the Sacklers, particularly Richard Sackler, a former Purdue president, haranguing staff for poor sales and ignoring concerns about the negative consequences of widespread use of the drug, all while they made “billions of dollars.’’

The filing also revealed new details about the cozy relationship Purdue pursued with Mass. General, Tufts University, and other academic institutions, drawing scrutiny about what Purdue was promised in exchange for its funding and raising conflict-of-interest questions.

“My first reaction was kind of ‘yikes,’ ’’ Genevieve Kanter, an assistant professor of medicine, medical ethics, and health policy at the University of Pennsylvania, said about reading the court documents.

Tufts and Mass. General have not commented about the details in the legal filing, and they did not answer questions from STAT Wednesday about whether they still have ties to Purdue.

Purdue has denied the allegations in the Massachusetts lawsuit. In a statement on Tuesday, the company said the filing cherry-picked details from millions of records, omitted key details, and contained “biased and inaccurate characterizations.’’

The Sackler family name adorns galleries and museum wings from New York to Beijing, as well as a brain and spine institute at NewYork-Presbyterian/Weill Cornell Medical Center, a sciences institute at Yale University, and an institute for translational neurodevelopment at King’s College London, among other research programs. Details about the funding arrangements are mostly private.

But the court documents appear to pull back the curtain on what Purdue got in return for its philanthropy at Mass. General and Tufts. They show, ethicists and conflict-of-interest experts said, how drug companies can wield donations in an effort to gain academic allies for the marketing of their medications. Purdue’s efforts were so aggressive that even top executives were enlisted in the outreach.

“It’s clear that at this very highest level of the company, they wanted to not just cultivate relationships with Tufts and MGH, but to use their brands,’’ said Michelle Mello, a professor at Stanford’s medical and law schools. “I think that’s very disconcerting.’’

The experts cautioned that the court documents do not include, for example, the full contracts between the drug company and the institutions, so it’s difficult to know exactly what occurred. Still, they pointed to a few details that they said raised their eyebrows.

At Tufts, the Sacklers gave funding to start a master’s program in pain research, education, and policy in 1999. And in 2011, a Purdue employee was named an adjunct associate professor, according to the court filing.

“The university should ask exactly what expertise a drug company can offer that the fine faculty at Tufts cannot,’’ Kanter said.

At Mass. General, the agreement with Purdue allowed the company to suggest curriculum for pain education and appoint a member of the Educational Program Committee, according to court documents. Kanter called these provisions “yellow flags,’’ noting that the records don’t make it clear whether Purdue, for example, successfully changed training standards.

In a 2002 letter to the editor in The Boston Globe, Dr. Warren Zapol, then Mass. General’s chief of anesthesia, defended the agreement with Purdue, saying that it “in no way allows the company to design medical seminars or materials focused on treating pain’’ and that Mass. General controlled all educational programs. The letter was provided to STAT on Wednesday by a Mass. General spokesman.

And despite Purdue’s funding, Mass. General researchers reached their own conclusions about opioids. The court filing cites a July 2011 e-mail from Craig Landau, Purdue’s then-chief medical officer and current CEO, about a study done by Mass. General researchers that questioned the use of opioids for chronic pain. Landau seemed concerned that a Purdue-funded study wasn’t backing the use of its medicine, the filing indicates.

Still, to Dr. Andrew Kolodny, co-director of Brandeis University’s Opioid Policy Research Collaborative and a prominent Purdue critic, Mass. General should not have renewed its agreement with Purdue in 2009 — two years after the company and three executives pleaded guilty to federal charges of deceptively marketing OxyContin.

“In 2009, for MGH to take $3 million from a company that had been found guilty of criminal charges — and you have MGH operating in a city that is suffering from the devastating effects of Purdue’s aggressive promotion of OxyContin — for them to take $3 million of their blood money, it’s disgusting,’’ Kolodny said. (Kolodny and Ballantyne are both leaders of the group Physicians for Responsible Opioid Prescribing.)

Hospitals and research institutes have grown more protective of the independence of their practices, research, and education programs over the years, experts said, but there is still debate about just what is an appropriate way to accept money from drug companies or other industry players. With limited public funding, private money is crucial, but it can bias the results of a study, for example.