From centuries of innovation, a medical discovery for the ages 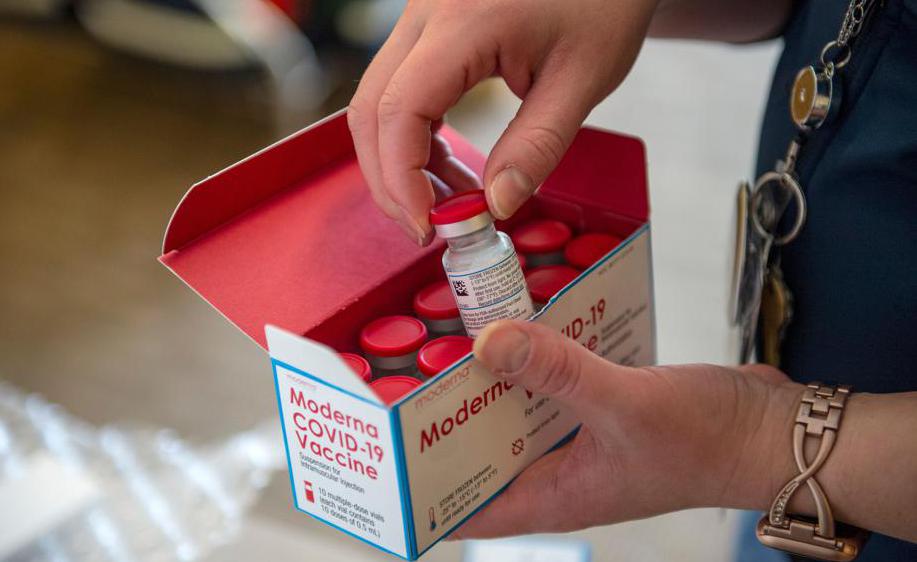 With the Moderna vaccine, Massachusetts is having a moment.

Ours is a story not about one company and one vaccine, but rather of countless doctors and doctorates at dozens of labs and companies that have risen to the occasion to vanquish a virus.

The world is witnessing what we’ve known all along: The Massachusetts Miracle is alive and well. It has been centuries in the making, a through line that predates the Industrial Revolution, routes through Harvard and MIT, into Kendall Square, Longwood Medical Area, the Seaport District, and out to Watertown, Waltham, Burlington, and beyond.

A common enemy — COVID-19 — has spawned uncommon collaboration, and life sciences may never be the same. Homegrown companies kicked into high gear during the earliest days to help Moderna and other drug makers make vaccines, including Ginkgo Bioworks, Thermo Fisher Scientific, and MilliporeSigma. Others began developing novel therapeutics to treat the illness itself, from Alnylam Pharmaceuticals to Takeda, while yet more, such as CIC Health, E25Bio, Hologic, and Meenta, devised tests and diagnostic platforms.

The spotlight may be on Moderna — the Cambridge biotechnology company that is harnessing messenger RNA to inoculate millions — but it is far from the only local company that will likely become famous fighting the pandemic.

The short answer: It’s not so easy — perhaps next to impossible, says science historian David Cole.

Others, including Hong Kong and Singapore, have attempted to re-create the magic of Kendall Square, with their gleaming innovation parks and public-private partnerships. Yet they can’t match our concentration of colleges and students, the surrounding constellation of industry powerhouses, and cutting-edge research coming out of world-class academic medical centers and university labs.

At the root of all this is a fundamental ambition: a steadfast pursuit of science first and profit later.

“The way you make the breakthroughs — you ask the big questions — and you investigate,’’ said Cole, president of the Science History Institute, which is dedicated to telling the stories of molecular and life sciences. “First, they are madly curious scientists; secondarily, they have been innovators and entrepreneurs. That is why they have been so darn successful.’’

For more than half a century, the Massachusetts Institute of Technology has been the epicenter of that curiosity, with a focus on molecular biology — initially to find a cure for cancer. There have been Nobel laureates collaborating on cancer, genetics, and immunology, along with future laureates making discoveries in how RNA, a molecule that is as fundamental as DNA to cell function, can be used in medicine.

“RNA has a long history in Boston,’’ said MIT biology professor Phillip Sharp, who won the Nobel Prize in medicine for his work on RNA splicing done in the late 1970s. That discovery allowed scientists to better understand the genetic code of cells, which helped pave the way for today’s mRNA vaccines.

One of Sharp’s students, Andrew Fire, went on to win his own Nobel in 2006 with Craig Mello, a professor at the University of Massachusetts Medical School in Worcester, for their discovery of RNA interference, which is being used to create COVID therapeutics.

They were among the region’s pioneers in commercializing biology four decades ago, along with the late Henri Termeer, the charismatic chief executive of Genzyme who became the public-facing champion of what was then a little-known industry.

“I’ve been involved in biotech almost since the word was invented,’’ said Sharp. “We had a new science, and we knew it would impact the world.’’

The Massachusetts Miracle of the 1980s was also built around technological breakthroughs coming out of Harvard and MIT, driving a boom in microelectronics and computers with the launch of companies such as Wang Laboratories, Digital Equipment Corp., and Data General. They formed a ring outside Boston by Route 128, earning it the nickname America’s Technology Highway.

Those computer giants ultimately got lapped by the rise of personal computers. The industry is still booming here, but Silicon Valley is now the flashy face of the tech universe.

This generation’s Massachusetts Miracle, however, is unlikely to go bust — or move anywhere anytime soon. The state has nursed this revolution, first in 2008, when then-Governor Deval Patrick signed legislation providing the biotech industry with $1 billion in capital investments, research grants, and tax incentives to grow. When the program ended in 2018 after a decade, Governor Charlie Baker continued funding for another five years.

The money signaled to the world that Massachusetts was the place to be for life sciences, and soon after every major drug maker set up an outpost in and around Kendall Square.

So when a once-in-a-century pandemic rolls along, scientists and companies went into overdrive to defeat the virus. Lists compiled by the Massachusetts Biotechnology Council, Kendall Square Association, and others indicate that over 100 companies that are either headquartered in Massachusetts or have a presence here are developing diagnostics, therapeutics, vaccines, and other innovations related to COVID-19.

Like Moderna and its mRNA technology, these companies often leverage science and techniques that have been under development for years, figuring out on the fly how they might have a real-time application to COVID.

The Broad Institute, for example, used its massive genetic sequencing machinery to produce one of the country’s largest virus-testing centers, with the ability to process more than 100,000 tests a day.

Cambridge biotech Alnylam Pharmaceuticals is collaborating with a California company on RNA interference drugs to treat COVID-19. Takeda, the Japanese pharmaceutical giant that bought Millennium in 2008, is trying to make a medicine out of plasma from recovered COVID patients. Boston Scientific is working with Yale to study how COVID-19 affects people with heart conditions.

The work of Dr. Dan Barouch, head of virology and vaccine research at Beth Israel Deaconess Medical Center, forms the foundation of Johnson & Johnson’s quest for a single-dose COVID-19 vaccine, which is expected to report Phase 3 clinical trial data by February. The only approved COVID vaccines — one by Moderna and the other by Pfizer — require two shots, weeks apart.

Then there are the more prosaic, but no less critical, contributions. Thermo Fisher Scientific, the lab equipment maker in Waltham, ramped up production in early 2020 of its ultra-cold freezers needed to store the Pfizer vaccine. MilliporeSigma knew as early as April that it would have to double the size of its Danvers plant to make enough high-tech bags and tubing used in vaccine development and manufacturing. MilliporeSigma did in six months what normally takes a year to arrange, with a second facility going online in January.

“We needed to make this happen. This can’t fail,’’ explained Bill Faria, head of MilliporeSigma’s Danvers operation, giving voice to a mind-set that has permeated the local scientific community during the pandemic.

That mentality is ingrained at even the smallest of startups. Irene Bosch, a Harvard-trained molecular biologist who has worked in the labs of MIT, the Broad, and UMass Medical School, launched E25Bio two years ago to develop affordable, rapid tests for infectious diseases such as dengue fever and Zika.

In March, E25Bio created a COVID antigen test that costs less than $5 and resembles an at-home pregnancy kit, but uses a nasal specimen to provide results in less than 15 minutes. Bosch said the kit is in clinical trials, using employees from LabCentral in Cambridge and patients at Boston Medical Center.

Bosch started her Cambridge company — named after prominent MIT building E25 — because she believed that fast and accessible diagnostics could control pandemics. She usually hunts for viruses in the tropical jungles of Central and South America; now her ecology is Boston.

“We wanted to be a company that would change the way in which we think about public health,’’ Bosch told me.

And in that, perhaps the world will again appreciate today’s Massachusetts Miracle: not flashy, but no less indispensable. As Mike Volpe, chief executive of Boston travel management company Lola.com and founding employee of HubSpot, put on Twitter a month ago: “Silicon Valley gives us social media apps.

Shirley Leung is a Business columnist. She can be reached at shirley.leung@globe.com.