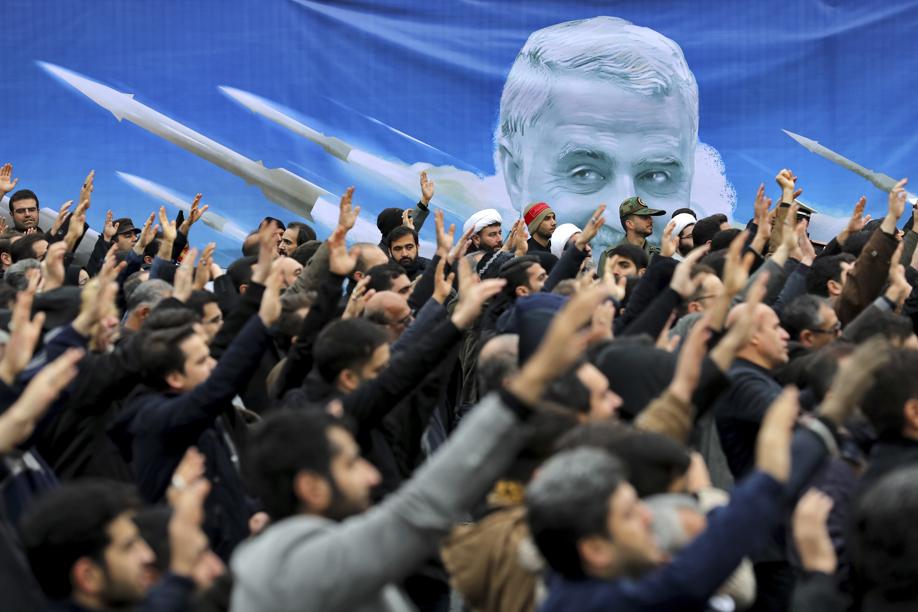 WASHINGTON — In the chaotic days leading to the death of Major General Qassem Soleimani, Iran’s most powerful commander, top American military officials put the option of killing him — which they viewed as the most extreme response to recent Iranian-led violence in Iraq — on the menu they presented to President Trump.

They didn’t think he would take it. In the wars waged since the Sept. 11, 2001, attacks, Pentagon officials have often offered improbable options to presidents to make other possibilities appear more palatable.

After initially rejecting the Soleimani option on Dec. 28 and authorizing airstrikes on an Iranian-backed Shi’ite militia group instead, a few days later Trump watched, fuming, as television reports showed Iranian-backed attacks on the US Embassy in Baghdad, according to Defense Department and administration officials.

By late Thursday, the president had gone for the extreme option. Top Pentagon officials were stunned.

Trump made the decision, senior officials said Saturday, despite disputes in the administration about the significance of what some officials said was a new stream of intelligence that warned of threats to US embassies, consulates, and military personnel in Syria, Iraq, and Lebanon. Soleimani had just completed a tour of his forces in Syria, Lebanon, and Iraq, and was planning an “imminent’’ attack that could claim hundreds of lives, those officials said.

“Days, weeks,’’ General Mark A. Milley, the chairman of the Joint Chiefs of Staff, said Friday, when asked how imminent any attacks could be, without offering more detail other than to say that new information about unspecified plotting was “clear and unambiguous.’’

But some officials voiced private skepticism about the rationale for a strike on Soleimani, who was responsible for the deaths of hundreds of American troops over the years. According to one US official, the new intelligence indicated “a normal Monday in the Middle East’’ — Dec. 30 — and Soleimani’s travels amounted to “business as usual.’’

That official described the intelligence as thin and said that Soleimani’s attack was not imminent because of communications the United States had between Iran’s supreme leader, Ayatollah Ali Khamenei, and Soleimani showing that the ayatollah had not yet approved any plans by the general for an attack. The ayatollah, according to the communications, had asked Soleimani to come to Tehran for further discussions at least a week before his death.

Secretary of State Mike Pompeo and Vice President Mike Pence were two of the most hawkish voices arguing for a response to Iranian aggression, according to administration officials. Pence’s office helped run herd on meetings and conference calls held by officials in the run-up to the strike.

Defense Secretary Mark T. Esper and Milley declined to comment for this article, but Milley’s spokeswoman, Colonel DeDe Halfhill, said, without elaborating, that “some of the characterizations being asserted by other sources are false’’ and that she would not discuss conversations between Milley and the president.

The fallout from Trump’s targeted killing is now underway. On Saturday in Iraq, the US military was on alert as tens of thousands of pro-Iranian fighters marched through the streets of Baghdad and calls accelerated to eject the United States from the country. US Central Command, which oversees American military operations in the Middle East, said there were two rocket attacks near Iraqi bases that host American troops, but no one was injured.

Soleimani, who was considered the most important person in Iran after Khamenei, was a commanding general of a sovereign government. The last time the United States killed a major military leader in a foreign country was during World War II, when the US military shot down a plane carrying Admiral Isoroku Yamamoto of Japan.

But administration officials are playing down Soleimani’s status as a part of the Iranian state, suggesting his title gave him cover for terrorist activities. In the days since his death, they have sought to describe the strike as more in line with the killing of Abu Bakr al-Baghdadi, the Islamic State leader, who died in October in an American commando raid in Syria.

Administration officials insisted they did not anticipate sweeping retaliation from Iran, in part because of divisions in the Iranian leadership. But Trump’s two predecessors — Presidents George W. Bush and Barack Obama — had rejected killing Soleimani as too provocative.

Soleimani had been in Trump’s sights since the beginning of the administration, although it was a Dec. 27 rocket attack on an Iraqi military base outside Kirkuk, which left an American civilian contractor dead, that set the killing in motion.

Milley, the chairman of the Joint Chiefs of Staff, and Esper traveled Sunday to Mar-a-Lago, Trump’s Palm Beach resort, a day after officials presented the president with an initial list of options for how to deal with escalating violence against US targets in Iraq.

The options included strikes on Iranian ships or missile facilities or against Iranian-backed militia groups in Iraq. The Pentagon also tacked on the choice of targeting Soleimani, mainly to make other options seem reasonable.

Trump chose strikes against militia groups. On Sunday, the Pentagon announced that airstrikes approved by the president had struck three locations in Iraq and two in Syria controlled by the group, Kataib Hezbollah.

“These were on remote sites,’’ Milley told reporters Friday in his Pentagon office. “There was no collateral damage.’’

But the Iranians viewed the strikes as out of proportion to their attack on the Iraqi base and took to violent protests outside the US Embassy in Baghdad. Trump, who aides said had on his mind the specter of the 2012 attacks on the US compound in Benghazi, Libya, became increasingly angry as he watched television images of pro-Iranian demonstrators storming the embassy. Aides said he worried that no response would look weak after repeated threats by the United States.

When Trump chose the option of killing Soleimani, top military officials, flabbergasted, were immediately alarmed about the prospect of Iranian retaliatory strikes on US troops in the region. It is unclear if Milley or Esper pushed back on the president’s decision.

The option that was eventually approved depended on who would greet Soleimani at his expected arrival Friday at Baghdad International Airport. If he was met by Iraqi government officials allied with Americans, one US official said, the strike would be called off.

But the official said it was a “clean party,’’ meaning members of Kataib Hezbollah, including its leader, Abu Mahdi al-Muhandis. Trump authorized the killing at about 5 p.m. on Thursday, officials said.

On Friday, missiles fired from an American MQ-9 Reaper blew up Soleimani’s convoy as it departed the airport.