{{{Page.Title}}}
‘The Voice’ winner Jordan Smith returns to TV on show featuring artists from every state 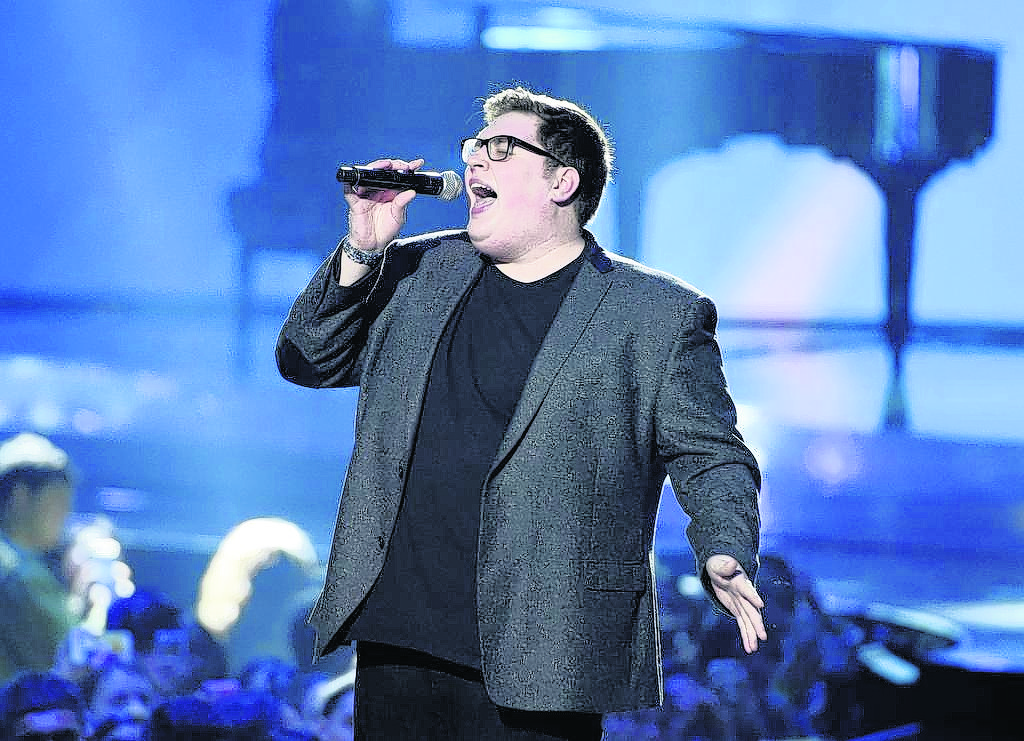 Jordan Smith is set to appear on a new show, “American Song Contest” which is based on “Eurovision Song Contest.”

Jordan Smith knows how to win a television singing competition, and he’s about to give it another try.

This time, he’s representing Kentucky on a new show that pits him against musicians from across the country, each debuting an original song on live TV.

“American Song Contest,” created by the producers of “Eurovision Song Contest” and “The Voice,” will feature performers representing each of the 50 states, along with five U.S. territories and Washington, D.C.

“It’s sort of a road trip across the United States musically,” Smith said in a recent interview, noting that the artists chosen represent a variety of genres and musical styles. “I think it’s a really beautiful representation of America.”

And, he said, being the person representing the Commonwealth is “really special.”

“I’m honored to be doing it, not only on my behalf, but representing my home state of Kentucky, which I love,” he said.

Smith, who grew up in Harlan County, said the song he wrote for the show represents “the values and heart of what it means to be a Kentuckian.”

“It’s a message that I think the world needs at the moment,” he said.

It’s been more than six years since Smith won Season 9 of “The Voice,” and since then he’s released four albums, the most recent of which is “Be Still & Know,” a seven-song EP that reflects Smith’s faith in God. Smith said he spent much of his time during the pandemic writing the songs for the album, which was released last year through Provident Label Group.

He and his wife, Kristen, are also worship pastors at Near Church in Bowling Green. He said they commute two and a half hours every weekend from their home in Corbin to be there. He told Christian Family Radio last fall that the church was planted by friends of he and Kristen, and they knew the first time they visited that they wanted to be a part of it.

He said they love the outreach the church does in the community. Smith said in his interview with the Herald-Leader that he’s eager for the chance to once again appear on television.

The lineup of performers for “American Song Contest” includes brand new artists, as well as some well-known names such as Michael Bolton representing Connecticut, Macy Gray performing for Ohio, Jewel for Alaska and Sisqó for Maryland.

Over a series of eight episodes, the 56 solo artists and groups will debut their original songs in the qualifying rounds, then advance to semi-finals and a Grand Final round, culminating in a season finale May 9.

The idea for the show is modeled after the Eurovision Song Contest, which has been held for more than 60 years and considers its most successful winner ABBA, which won the 1973 contest with the debut of “Waterloo.”

Celine Dion won the contest while representing Switzerland in 1988. Smith said that in a way, it feels like he’s “coming full circle” with connections, since he wrote the song “Ashes” which Dion recorded for the “Deadpool 2” soundtrack.

“It is all about the song,” Smith said of the television show’s format.

He said the idea of debuting a new song on live television is “a bit nerve-wracking.”

Atlantic records will release the original songs in groups each week, NBC said in a news release.

“American Song Contest,” hosted by Snoop Dogg and Kelly Clarkson, premieres at 8 p.m. March 21 on NBC. Smith could not yet divulge which week he’ll be performing.

“You’ll just have to tune in each week,” he said.