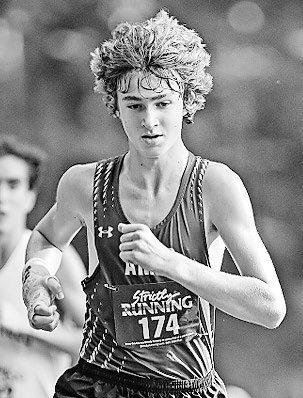 The Raptors wore black ribbons in their race, honoring their late coach, Tim Limbert, who passed away unexpectedly last spring. Limbert had been a coach in the program for the last three seasons.

“I believe that Coach Tim would be very pleased,”

Academic Magnet coach Brian Johnson said. “It was a very good opening meet for us. It was nice that both the varsity and JV teams finish runner-up and have the individual winners of each race in a competitive field.”

If you are a fan of volleyball, the campus of Porter- Gaud is the premier destination this weekend.

Coach Megan Crouch and her team will host the annual Porter-Gaud Invitational on Sept. 2 and Sept. 3. The volleyball showcase will begin on Friday afternoon and conclude late Saturday afternoon.

The event features some of the top programs in the state.

In addition to the host school, a perennial state title contender in SCISA, the tournament also include SCISA contenders Cardinal Newman and Ashley Hall.

With the commitment of Oceanside Collegiate tackle Monroe Freeling to Georgia on Monday, the top two senior offensive line prospects are off the board.

Earlier in the summer, Cane Bay’s Kameron Durant made his pledge to East Carolina.

Only the final score matters

It was the first-ever meeting on the gridiron between the two schools.

The Bengals won the game 8-6, but the score was one of the few statistics they won on the night. Lucy Beckham managed only four first downs and 134 total yards in the game. The Bengals converted just 1 of 12 thirddown attempts and committed 14 penalties.

Thanks to a pair of field goals from Jack Weil and a safety on a bad punt snap into the end zone, the Bengals came out with the victory. It should be noted that Lucy Beckham’s defense was outstanding, limiting the Warriors to less than 200 total yards overall.

Jones is being sponsored by NuMentality Skillz Academy, which is operated by former CSU star and former local coach Cez Champagne, who also played at Middleton High School in Charleston.

Jones is a former star at the University of Georgia and was a first-round draft pick of the Atlanta Hawks in 1999. He played in the NBA through 2007, and later played several more seasons in Europe before retiring.

In addition to basketball, Jones addresses issues concerning mental health and well-being in sports with youth. He currently works with the Philadelphia 76ers.