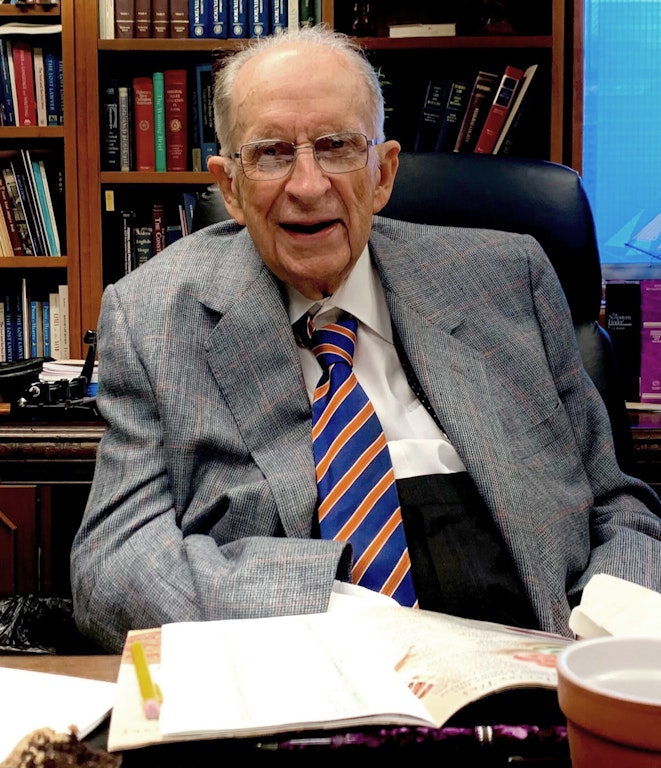 HOUSTON — Thomas Reavley, the oldest active federal judge, who served for 41 years on the 5th U.S. Circuit Court of Appeals, died Tuesday. He was 99.

Reavley died surrounded by family at his Houston home, the Texas Supreme Court announced. His health had been in decline during the past year, said Bryan Garner, one of Reavley’s former law clerks, who had kept in close touch with him over the years.

“He was the quintessential judge. He stood about 6-foot-6, and he had a very deep and powerful voice,” Garner said. “He was physically quite imposing and intellectually imposing, and yet one of the kindest, most caring men I’ve ever known.”

Reavley served nine years on the Texas Supreme Court before being appointed to the appeals court by President Jimmy Carter in 1979.

Reavley took senior status in 1990 but maintained a mostly full caseload until 2019. His legal career spanned more than six decades.

“He was a towering figure in Texas and a true champion of justice for the state and the country,” said Texas Supreme Court Chief Justice Nathan Hecht.

A lay Methodist minister and Sunday school teacher, Reavley was called the “pope of the 5th Circuit.”

He grew up in Nacogdoches, graduated from the University of Texas in 1942 and then enlisted in the Navy. He was a lieutenant who drove President Franklin Roosevelt to Roosevelt’s meeting with Winston Churchill and Joseph Stalin at Yalta, where the post-World War II fate of Germany was discussed.

Reavley earned his law degree from Harvard in 1948. He was named Texas secretary of state in 1955 by Gov. Allan Shivers, who was drawn to Reavley’s outspoken opposition to segregation while working as a lawyer in Nacogdoches, Lufkin and Jasper, Garner said.

“That was him through and through. He would not stand for injustice,” Garner said.

After two years in office, Reavley returned to a private law practice in Jasper and Austin and, in 1962, ran unsuccessfully for Texas attorney general. Two years later, Gov. John Connally named him a state district judge in Travis County.

In 1968, Reavley was elected to the Texas Supreme Court.

Reavley is survived by his wife, Carolyn Dineen King, who is also a judge on the 5th Circuit, and four children.

He had been married to his first wife, Florence Wilson Reavley, for 60 years. She died in 2003. He married King in 2004, and the couple had said that before Florence Reavley died, she told them to get remarried.

Private funeral services are planned, with a public memorial to be scheduled.