Fusion’s time may be nearing
Some scientists see advances bringing clean energy. But . . . 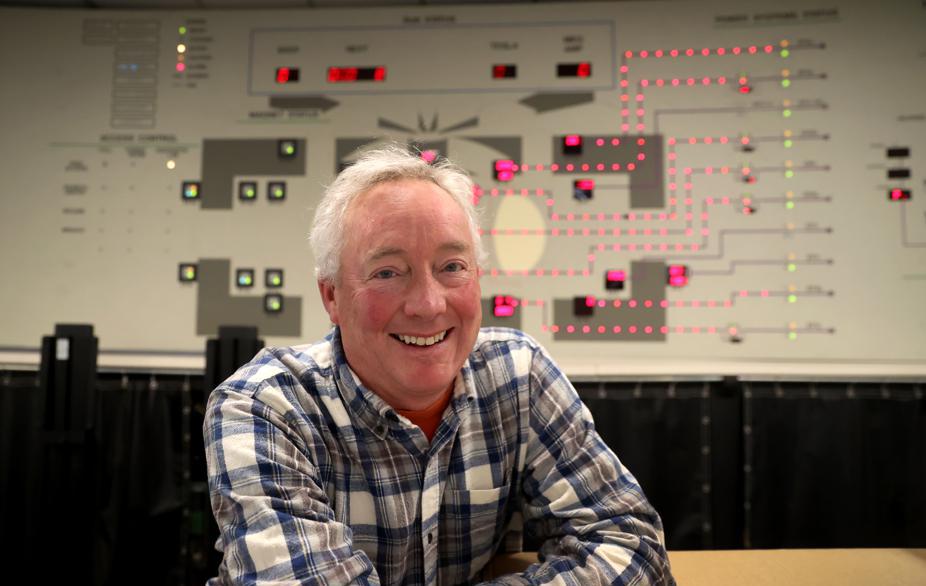 DEVENS — It’s been compared to everything from a holy grail to fool’s gold: the ultimate solution to clean, readily available energy or an expensive delusion diverting scarce money and brainpower from the urgent needs of rapidly addressing climate change.

For decades, scientists have been trying to harness the energy that powers stars, a complex, atomic-level process known as nuclear fusion, which requires heating a plasma fuel to more than 100 million degrees Celsius and finding a way to contain and sustain it. In theory, fusion could yield inexpensive and unlimited zero-emissions electricity, without producing any significant radioactive waste, as fission does in traditional nuclear power plants.

A range of daunting scientific and engineering hurdles has long made that possibility, at best, a distant promise. But now, after breakthroughs this year at MIT and elsewhere, scientists — and a growing number of deep-pocketed investors — insist that fusion is for real and could start sending power to electricity grids in about a decade.

To prove that, Commonwealth Fusion Systems, an MIT spinoff in Cambridge, is using a whopping $1.8 billion it raised in recent months from investors such as Bill Gates, Google, and a host of private equity firms to build a prototype of a specially designed fusion reactor on a former Superfund site in Devens. A host of excavators, backhoes, and other heavy machinery are clearing land there and laying concrete foundations on 47 acres of newly acquired land.

“It may sound like science fiction, but the science of fusion is real, and the recent scientific advancements are game-changing,’’ said Dennis Whyte, director of MIT’s Plasma Science and Fusion Center and cofounder of Commonwealth Fusion Systems. “These advancements aren’t incremental; they are quantum leap improvements. . . . We’re in a new era of actually delivering real energy systems.’’

The first efforts to harness fusion energy came in the 1950s when Soviet physicists designed something they called a tokamak, a doughnut-shaped machine that could confine a super-heated plasma using powerful magnetic fields. The machines did what they were designed to do — fusing the atomic nuclei of hydrogen isotopes to create helium, yielding energy as a byproduct — but they also required massive amounts of power.

That is the problem scientists have faced in harnessing fusion to create electricity; they have yet to find a way to create more power than the process consumes, which is why many remain skeptical that fusion is a viable energy source.

Over the years, there have been government-led efforts to address that and other challenges, such as the multibillion-dollar International Thermonuclear Experimental Reactor, known as ITER, which the United States and other countries are building in southern France to generate 10 times more power than it took to generate the fusion reaction.

More recently, with that project moving slowly and at great expense, private efforts have sought to prove that fusion could be done much more cheaply, quickly, and with a much smaller footprint. There are now at least 35 companies trying to prove that fusion can be a practical power source, most of them established in the past decade, according to the three-year-old Fusion Industry Association.

The promise of fusion was buoyed with significant developments this year. In May, scientists in China used their own specially designed tokamak to sustain a fusion reaction of 120 million degrees Celsius for 101 seconds, the longest on record. In September, Whyte’s team at MIT and his colleagues at Commonwealth Fusion Systems demonstrated that, while using relatively low-cost materials that don’t require a large amount of space, they could create the most powerful magnetic field of its kind on Earth, a critical component of the prototype reactor they’re building in Devens.

“We have come a long way,’’ said Bob Mumgaard, CEO of Commonwealth Fusion Systems, who compared their advance to similar breakthroughs that made flight possible. “We’re a pretty conservative science bunch, but we’re pretty confident.’’

With some $2 billion raised in recent years — more than any of the other fusion startups — his company is racing to prove that their prototype, called SPARC, will produce more energy than it consumes in 2025. If they succeed, the company plans to start building their first power plant several years afterward. Ultimately, he said, their goal is to help build 10,000 200-megawatt fusion power plants around the world, enough to replace nearly all fossil fuels.

“This is a solution that can scale to the size of the problem that decarbonization requires,’’ he said.

Others have been more skeptical about the fusion industry’s advances, and what they mean for actually delivering energy that arrives in time to blunt the worst impacts of climate change.

“You have to walk before you can run,’’ said Steven Krivit, a science journalist and author of books such as “Fusion Fiasco’’ and “Hacking the Atom.’’

While Whyte and Mumgaard’s teams have published peer-reviewed papers in scientific journals that document their progress, Krivit said “a scientific article that claims results — in advance of the experiment — doesn’t seem very scientific.’’

Others have raised concerns that too much focus on fusion could hurt efforts to promote proven renewable technologies, such as wind, solar, and geothermal energy.

“Fusion has been an elusive fantasy for a half-century or more,’’ said Phil Warburg, a senior fellow at Boston University’s Institute for Sustainable Energy. “Along with the technical hurdles, the environmental downsides have not been seriously examined, and the economics are anything but proven.’’

He criticized the Environmental League of Massachusetts and the Conservation Law Foundation for hosting a webinar this month on fusion.

“The current wave of excitement about fusion comes at a time when we’ve barely begun to tap the transformative potential of solar, wind, storage, and energy efficiency — all known to be technically viable, economically competitive, and scalable today,’’ Warburg said. “The environmental advocacy community needs to focus on vastly expanding those clean-energy applications, leaving fusion to the scientists until they’ve got something much more credible to show for their efforts.’’

Elizabeth Turnbull Henry, president of the Environmental League of Massachusetts, said she sympathizes with Warburg’s concerns, but she thinks it’s a “false choice’’ that spending on fusion takes anything from other forms of renewable energy.

“We’re at a very different moment now, and it’s good to have a lot of different horses in the race,’’ she said. “I can’t help but be cautiously optimistic.’’

Other environmental advocates say it’s time to start lobbying federal regulators to create the rules necessary for the permitting and siting of fusion power plants. It can take years for any power plant to get the necessary approvals, a protracted process that can doom expensive projects.

“I started in renewables 25 years ago, when we were being told that photovoltaics [what makes solar power possible] was a pipe dream, similar to what the conversation is today about fusion,’’ said Jane Hotchkiss, president of Energy Common Good, a Concord-based advocacy group for fusion energy. “It’s not just about technological viability; there are very real ‘soft’ hurdles to overcome getting a new technology to the grid.’’

Officials at the Nuclear Regulatory Commission noted that the federal government has recently started grappling with how to regulate the budding industry, even holding meetings this fall to discuss potential approaches.

“The NRC is still considering the appropriate treatment of fusion reactor designs in our regulatory structure,’’ said Neil Sheehan, an NRC spokesman.

On a recent tour of Commonwealth Fusion Systems’ new property in Devens, where the sound of automatic weapons could be heard in the distance from the Army’s nearby training facility, company officials said they have received a lot of questions from local residents about what they’re doing.

Kristen Cullen, a company spokeswoman, said she often has to explain that there’s a vast difference between fusion and fission, and that the plant poses no danger to neighbors.

“We’ve been doing a lot of education,’’ she said. “But what it comes down to, we explain, is that this is all about climate change. This is what drives what we’re trying to do.’’