PHYSICIAN, HEAL THYSELF?
Doctors have own problems in recovering from opioid abuse, including denial of access to key medication 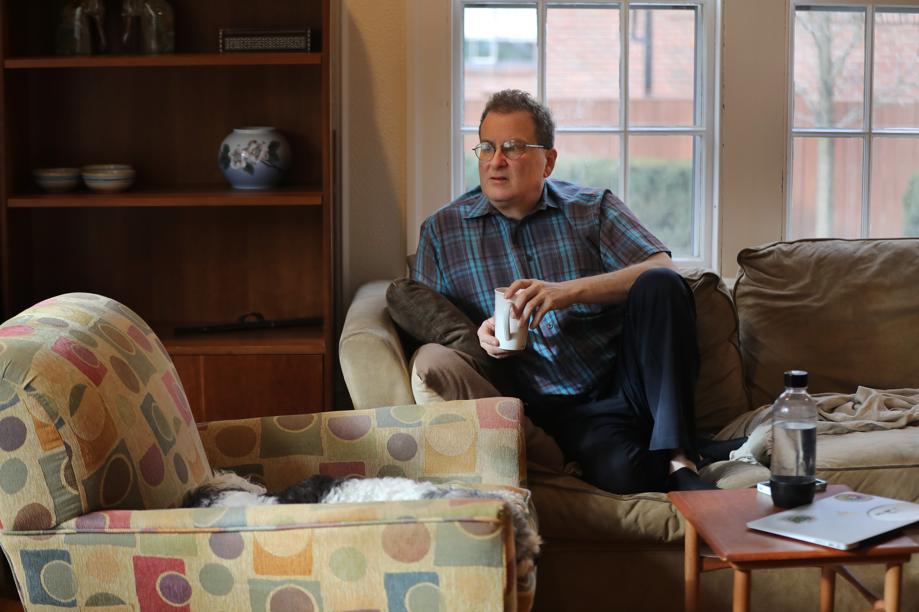 When Dr. Sylvester Sviokla speaks to physicians at Harvard about the dangers of opioid addiction, they pay attention. He is in recovery from addiction himself.

“I went to Harvard College, Harvard Medical School, I played football, I was a big doctor,’’ he relates, before adding: “If it could happen to me, it can happen to you.’’

Medical professionals are far from immune to opioid misuse. In fact, due to their easy access to pain medication and the high stress levels that come with treating patients, they may be especially susceptible. But for many clinicians, overcoming an opioid dependence can be even more challenging than for those in the general population. They say they are often denied access to medication approved to help them recover from opioid addiction, precisely because they practice medicine.

Dr. Peter Grinspoon, a primary care physician at Massachusetts General Hospital, first tried Vicodin while in his third year of medical school at Boston University. He was lucky to survive his addiction; other clinicians do not.

But Grinspoon said that while in recovery, he was denied access to buprenorphine, a type of drug that treats addiction and prevents relapse. He believes this was due to an unfounded stigma about the drug’s potency, because the drug is a type of opioid, too.

His charge is at the heart of an active debate within the clinical community: How should health professionals be treated for opioid use disorder, when their job entails treating patients of their own?

It often falls to state-run groups of physicians to decide. Grinspoon’s care was overseen by the Massachusetts Physician Health Services program for a mandatory period of five years. All but three states have similar organizations, made up of health professionals who monitor clinicians with a history of addiction. The programs allow doctors and nurses to return to or remain at work while in recovery, so long as they comply with periodic appointments, counseling, and urine tests to ensure they’re not using the substances that got them there in the first place.

In some states, such as Kansas and Kentucky, the programs explicitly forbid treating clinicians with buprenorphine (also known by its brand name, Suboxone). Few have openly embraced the medicines, which can also include methadone or naltrexone (also known as Vivitrol). Rhode Island’s program for nurses is one of those that does; it encourages nurses to use buprenorphine.

In Massachusetts and Vermont, officials say they do not ban the drugs but consider treatment on a case-by-case basis. They did not provide numbers to show how many physicians are using the treatment, however, which leaves it unclear how many doctors make use of the drugs.

A spokesman for the Massachusetts program noted that it sees “relatively few physicians’’ whose primary problem involves opioids; most have alcohol dependence.

Grinspoon confirmed that while there was no outright prohibition on medication-assisted treatment when he went through the program in Massachusetts, it worked that way in practice, since he was never offered the therapy. After he finished his five years of monitoring, Grinspoon worked for the program as its associate director for two years, starting in 2013.

The drugs were discouraged then, too, because the state board feared the medicine would impair the ability of doctors in recovery to care for patients, he said.

Treating patients while under the influence of a mind-altering substance can endanger the public and is not allowed anywhere. But Sviokla, who now practices addiction medicine in Rhode Island, said there’s no evidence that these drugs hurt performance, and it’s nearly impossible for them to be abused.

“They’re just the same as being sober,’’ he said. “That tiny bit allows you to get up and leave and be active. If you try to take more, there’s a ceiling effect. You’re not going to get high. You throw up.’’

The alternative to using the drugs as treatment while in recovery from opioid use disorder is to withdraw without them. People using the “detox’’ model have been shown to be more likely to relapse and overdose on opioids, compared to those recovering with the help of medication.

When clinicians are denied the drugs as part of their care, “we’re putting them at risk for relapse and death,’’ said Dr. Josiah Rich, professor of medicine and epidemiology at the Warren Alpert Medical School of Brown University. “If somebody needs help, why would you not give them the most effective treatments?’’

Dr. Herbert Rakatansky, chairman of the Rhode Island program for doctors, said the state must prioritize patient safety. Itgenerally does not put doctors on medication-assisted treatment, though exceptions have been made. Since doctors are seeing their own patients, the program can’t afford any accidents, he said. Most don’t need the extra help, anyway, he added. Doctors in Rhode Island are highly motivated to push through and recover without the drugs, he said, because it’s what they must do to keep their licenses to practice medicine.

Grinspoon said the perception of doctors as superior to other patients in stamina, or ability to recover without medication, is part of the problem. “Doctors are people, too. We get divorced, we get depressed, we have the same problems as everybody else,’’ he said.

An article published in the New England Journal of Medicine in August has resurfaced the discussion. In the piece, Leo Beletsky, a professor of law and health sciences at Northeastern University, Dr. Sarah Wakeman, and Dr. Kevin Fiscella argued against the abstinence-based policies of some state groups.

There’s no strong evidence that receiving medication to treat opioid addiction affects clinicians’ performance, they said, citing a review by experts at the Department of Defense.

“Clinicians being treated for depression, anxiety, heart disease, and other common issues are routinely prescribed medications that may affect cognition and mood, but they don’t face restrictive policies,’’ the authors noted.

Groups that restrict doctors from using the treatment may also be breaking the law, they suggested. Banning doctors from accessing medication that “sharply reduces the risks of relapse, overdose, and death’’ could be a violation of the Americans with Disabilities Act, which protects people with physical limitations against discrimination.

The New England Journal of Medicine recently published responses from physicians who disagreed with the original commentary.

Dr. Jon Lepley, a member of the Pennsylvania Physicians’ Health Program Advisory Committee, accused the authors of being “permissive’’ in the face of uncertain research.

Dr. Chris Bundy, who directs the national federation of all the state monitoring programs, called the piece “misinformation.’’ The so-called ban on medication did not exist, he said, because the groups did prescribe medications, albeit prudently.

A doctor from Maryland argued that Beletsky and his colleagues had overlooked the fact that the state-run programs had remarkably positive long-term outcomes, even without the use of medication. He insisted that if using the medical treatment were to be allowed, the outcomes should be studied and reported.

In Rhode Island, that kind of research has been happening informally. Spurred by a shortage of providers, the program that monitors nurses with the disorder started allowing them to take buprenorphine 10 years ago, Sviokla said. About 95 percent left the program without relapsing once, he recalled.

The success rate for physicians in the same state, who are typically not allowed on the medication long-term, seems to be lower. Rakatansky said the rate for doctors mirrored the national average of 70 to 90 percent.

“It’s hard to be more successful’’ than that, he said.

Chiara Eisner can be reached at eisnerchiara@gmail.com.