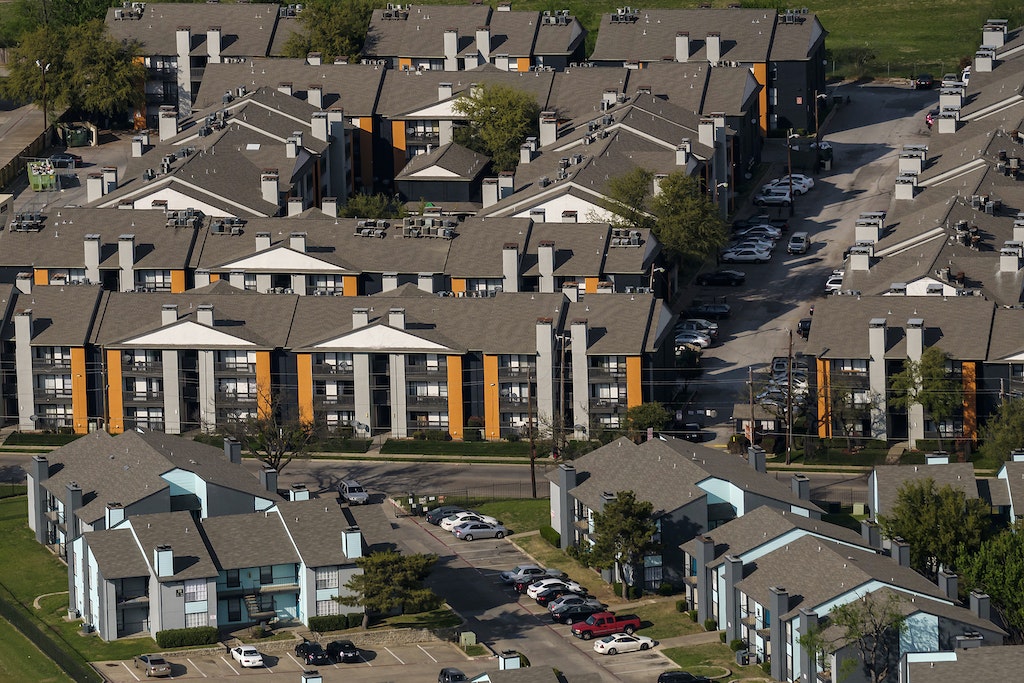 Net apartment leasing in Dallas-Fort Worth totaled 3,832 units in the second quarter, down from almost 13,000 a year earlier, according to RealPage. ( 2019 File Photo/Smiley N. Pool)

D-FW net apartment leasing totaled only 3,832 units in the just-completed quarter — down from almost 13,000 units a year earlier, according to RealPage.

But that was enough to keep North Texas at the head of the list of the country’s fastest-growing apartment rental markets.

“North Texas has been the country’s top apartment leasing center throughout recent years, and that pattern held in the second quarter,” RealPage top economist Greg Willett said in a new report. “Three-month demand came in at 2,257 units in metro Dallas and 1,244 units in neighboring metro Fort Worth.”

“The country’s massive job cuts suffered at the beginning of the second quarter took a big toll on apartment leasing activity,” Willett said. “Demand that registered from April through June was limited to 33,966 units across the country’s 150 largest markets — about one-fourth of the average second-quarter apartment product absorption realized during the previous five years.”