What we know about the vape ban 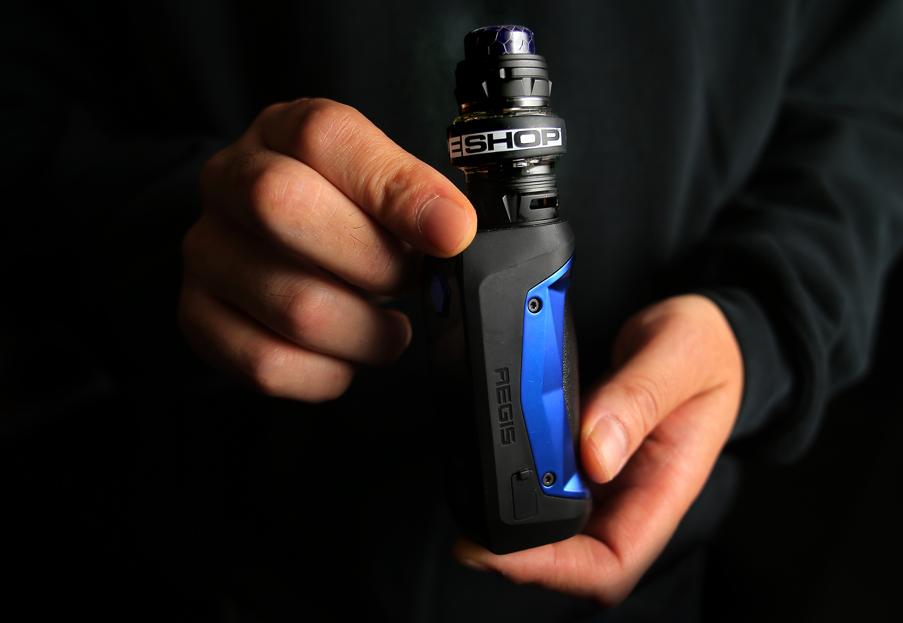 Jonathan Lau, owner of The Vape Shop, held an e-cigarette. The Vape Shop is one of many vape businesses in the state being negatively affected by the sales ban. Shops have reported a number of store closings and employee layoffs, and the Baker administration acknowledged that vape businesses in the state could lose $7 million to $8 million in sales as a result of the ban.

With all the news around vaping-related lung illnesses and the Massachusetts ban on product sales, it might be hard to untangle what’s happening amid a series of legal challenges.

On Sept. 24, Governor Charlie Baker instituted a four-month ban on the sale of marijuana and nicotine vapes while authorities investigated the cause of an outbreak of the illnesses. The lung injuries have caused at least 40 deaths and 2,000 illnesses nationwide. In Massachusetts, three people have died and at least 65 people have gotten sick.

Many doctors praised the ban, but some public health advocates warned it could encourage consumers to purchase dangerous vapes on the illicit market. Local vape shops and a nationwide vaping trade group sued the state, alleging the ban would financially ruin them and was unhelpful for public health. Four medical marijuana patients were allowed to join that lawsuit.

Here’s what we know so far.

What’s the status of the ban?

Unless a court says otherwise, the sale of nicotine and recreational marijuana vapes will be banned until at least Dec. 24. The ban on medical marijuana vapes could lift as early as noon Tuesday, but it’s unclear whether that will happen.

What happens at noon Tuesday?

The medical ban will lift, unless the Supreme Judicial Court or the Cannabis Control Commission takes steps to keep it in place.

Baker’s administration appealed the ruling and requested the SJC issue a temporary stay to prevent the products from being sold.

The commission’s executive director, Shawn Collins, can act alone at any time to protect public health, a broad power that the commission voted to affirm Thursday. Collins said Thursday he wasn’t sure yet when or what he would order, but he was “leaning toward’’ ordering a quarantine of cannabis oil vapes to prevent them from being sold, but allowing the ban on vaporizers for raw marijuana flower to lift for patients. A quarantine would require supporting evidence.

What are flower vapes and oil vapes? Why are they being treated differently?

Flower vaporizers are made up of a battery and a tiny oven that heat up raw cannabis flower, producing a wisp of vapor to be inhaled. They have not been linked to any of the recent ailments, but Baker’s administration included the devices in its ban, arguing the cause of the illnesses was still unclear.

Cannabis advocates have decried their inclusion in the ban, saying they’re one of the safest ways to consume marijuana and are a valuable tool for patients.

Federal officials say most of the illnesses appear caused by additives used in marijuana oil cartridges, which are small containers that hold concentrated extracts of THC, the main chemical in pot that produces a high feeling. One additive in particular, vitamin E acetate, is a honey-like substance that federal authorities identified Friday as being a “very strong culprit’’ in many of the illnesses, though other chemicals may also play a role.

Illicit dealers have reportedly used the chemical to boost profits. Most of the illnesses have been linked to illicit market products, however federal officials said vitamin E may have landed, intentionally or not, in the legal cannabis vape supply chain.

What do we know about the lung illnesses?

Patients with the illness vaped in the three months before suffering severe breathing troubles, chest pain, cough, or weight loss. They have abnormal chest scans showing lung damage without other plausible explanations.

Two of the people who died in Massachusetts vaped only nicotine; one vaped THC and nicotine.

Boston doctors who treated some of the patients have said they believe the vaping-related sicknesses are likely due to multiple causes and have been occurring longer than just recent months, but clinicians didn’t previously connect the ailments to vaping because they largely only asked about smoking, not vaping behavior.

What’s been the impact of the ban?

Baker’s administration has acknowledged that vape businesses in the state could lose $7 million to $8 million in sales. Vape shops have reported a number of store closings and employee layoffs.

Many nicotine vapers say they have returned to smoking cigarettes. Others have driven to other nearby states to buy Juuls and other electronic cigarettes.

Meanwhile, some medical marijuana patients have driven to Maine or Rhode Island, which honor Massachusetts’ medical cards, to buy cannabis vape products. Others say they’re consuming edibles or smoking marijuana flower, but many complain those methods aren’t as effective at treating their conditions as vapes.

There’s no clear expiration date on the ban. The latest version of the ban took effect Oct. 28 and Baker’s administration said it would last three months. But Judge Wilkins’ ruling said the ban would expire on Dec. 24 unless the Baker administration held a public hearing to implement the regulation — which state health officials said they will do Nov. 22.

The Supreme Judicial Court will hear arguments in the lawsuit on Dec. 9.

Baker’s public health council will vote at its Dec. 11 meeting on whether to allow the ban to lapse Dec. 24 or to pass it as a final regulation, extending the ban indefinitely.