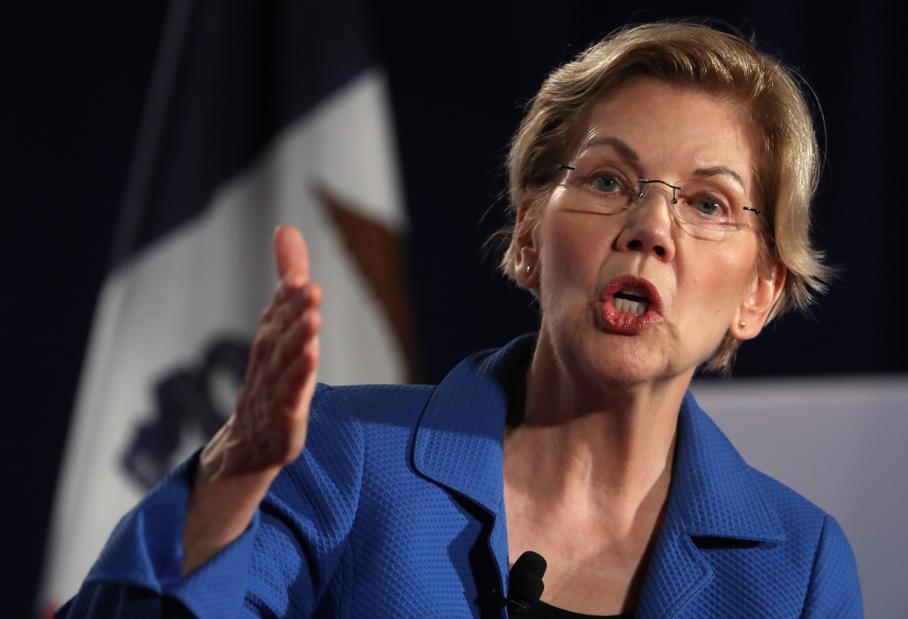 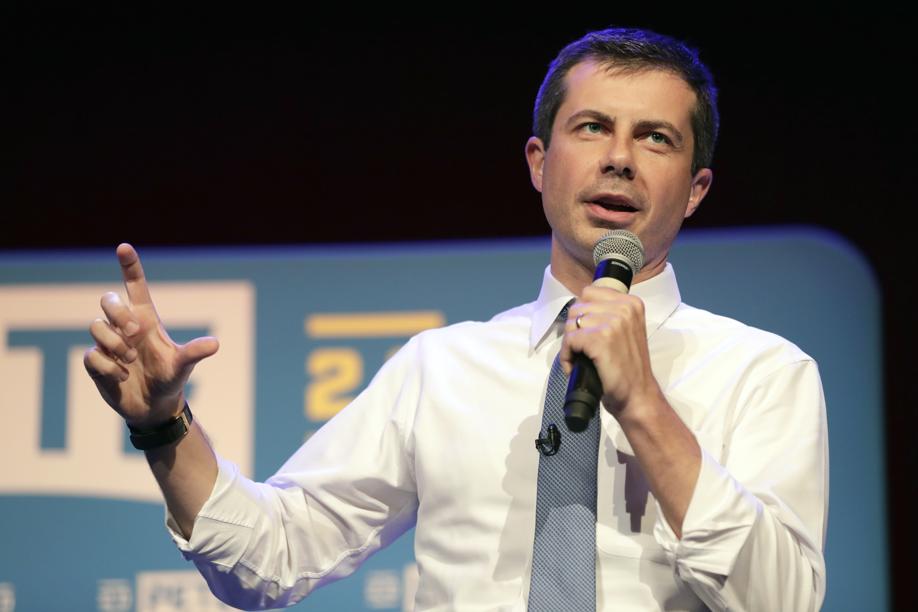 The 2020 presidential contest barreled into profound and bitter territory this week as several Democratic contenders said they believe President Trump is a white supremacist, and others sharpened their charges that he is stoking racial animus and division.

The tragic murders and the aftermath of mass shootings in Dayton, Ohio,and El Paso seemed poised to crystallize the Democratic challenge to Trump as a moral reckoning for America — and all but ensured race will remain a dominant theme of the campaign.

“You know, it’s just one piece of evidence after another, and at some point when he has been so embraced by the white supremacists and has not distanced himself, then he’s there,’’ Warren told reporters the next day, explaining her earlier comment. “He’s winked, he’s nodded, he’s danced, he’s helped, he’s given compliments, and he’s turned people against people in this country. That’s not what makes us a stronger America.’’

She joined two rivals: Beto O’Rourke, a former Representative from El Paso, where 22 people died in one of the weekend’s two shootings, and Senator Bernie Sanders of Vermont, who agreed with the term as a descriptor of Trump during an interview on CNN Sunday.

Former vice president Joe Biden, the crowded Democratic field’s front-runner, and Senator Cory Booker of New Jersey did not go that far — but they came close. In separate speeches, each delivered his harshest criticism to date of Trump’s rhetoric, effectively saying he bears responsibility for stoking racial hatred and related violence.

“‘I believe everything the president’s said and done encourages white supremacists, and I’m not sure there is much of a distinction,’’ Biden told reporters Thursday at the Iowa State Fair, when asked to weigh in on the explicit question. Biden, who said Trump’s failure to denounce white supremacists who marched in Charlottesville, Va., in 2017 spurred him to run for president, gave a fiery speech Wednesday in which he said Trump “has fanned the flames of white supremacy in this nation.’’

Trump has repeatedly denied he is racist, and on Wednesday said he doesn’t believe his language is emboldening white nationalists to violence, despite similarities between his warnings of an “invasion of illegals’’ and the anti-immigrant screed posted by the alleged El Paso shooter.

‘‘I think my rhetoric . . . brings people together,’’ Trump said Wednesday as he prepared to visit Dayton and El Paso.

“My critics are political people,’’ he said. “They’re trying to make points. In many cases, they’re running for president, and they’re very low in the polls.’’

In an earlier time, politicians proudly embraced white supremacist views; Andrew Johnson spoke openly about wanting to use his presidency to ensure the premier position of whites in America. But that time ended with the Holocaust and the civil rights movement, said Jeffrey Engel, director of the Center for Presidential History at Southern Methodist University. Presidents became afraid to express publicly the view that one race, one group, is fundamentally better than another — even if, in private company, they espoused such views.

“There is something remarkable here,’’ Engel said. “Trump is being accused of something that our civic religion has taught us for the last two generations is fundamentally wrong.’’

He said it is significant that the charge from some Democrats has moved from racism, which is fuzzy and debatable, to white supremacy, the meaning of which is clear.

“In American society in the latter half of the 20th century there are very, very few things that were universally understood. One of them was that Nazis are bad,’’ he said, recalling Trump’s comments after Charlottesville that there were “very fine people’’ among the white supremacists who marched in the city.

Antjuan Seawright, a Democratic consultant in Columbia, S.C., said that given how much evidence there is of Trump’s views, voters expect Democrats to be blunt. As for whether there is a riskof alienating other voters with such explicit charges against the president, Seawright said, “To not highlight the obvious would be a bigger risk.’’

Democrats are never going to win over certain Trump supporters, he added, and calling out Trump for sowing hate is “a great reminder’’ of what’s at stake, not just in the next election but for the long-term future of the country — whether Americans will permit to be normalized behavior and rhetoric that were once chastised, things Seawright’s sharecropper grandparents “hoped I would never see in my lifetime.’’

“This is bigger than Donald Trump,’’ he said.

But sound bites alone won’t be enough to satisfy LaTosha Brown, a longtime political strategist, activist in the South, and cofounder of Black Voters Matter, which works to mobilize black voters.

“I commend the fact that the Democratic candidates are speaking to that. I also want to see more. Him being a racist is not new news to anybody,’’ she said.

But the renewed scrutiny by Democrats and the public of Trump’s rhetoric could pose a potential threat to the Republican Party more broadly, some observers say.

GOP leaders remain committed to his reelection, and few have explicitly criticized the president since the two shootings. Indeed, state party officials told Nebraska state Senator John McCollister, a moderate Republican, to change his party affiliation this week after he said the GOP was “enabling white supremacy’’ and called on the state’s congressional delegation to denounce Trump’s rhetoric.

“It’s the explicit nature of Trump’s political expression that presents a challenge to Republicans who are trying to sell themselves to conservatives and moderates alike,’’ said Brett Gadsden, an African American and a political historian at Northwestern University. Disparaging immigrants, playing to crude stereotypes, castigating communities of color — these are not new in conservative politics, he said.

“Trump is in many ways letting it all hang out, and I think as such he’s provided a really ready target for the vast field of Democratic candidates, and a rallying point for many Democratic voters,’’ Gadsden said.

The 2020 election could thus prove a test of whether Trump’s racist appeals will be an effective electoral strategy to mobilize significant numbers of white voters, as he did in 2016, or if he’s“going to alienate enough white suburban voters in strategic states like Pennsylvania, Ohio, and Michigan and tip the balance in the favor of Democrats.’’