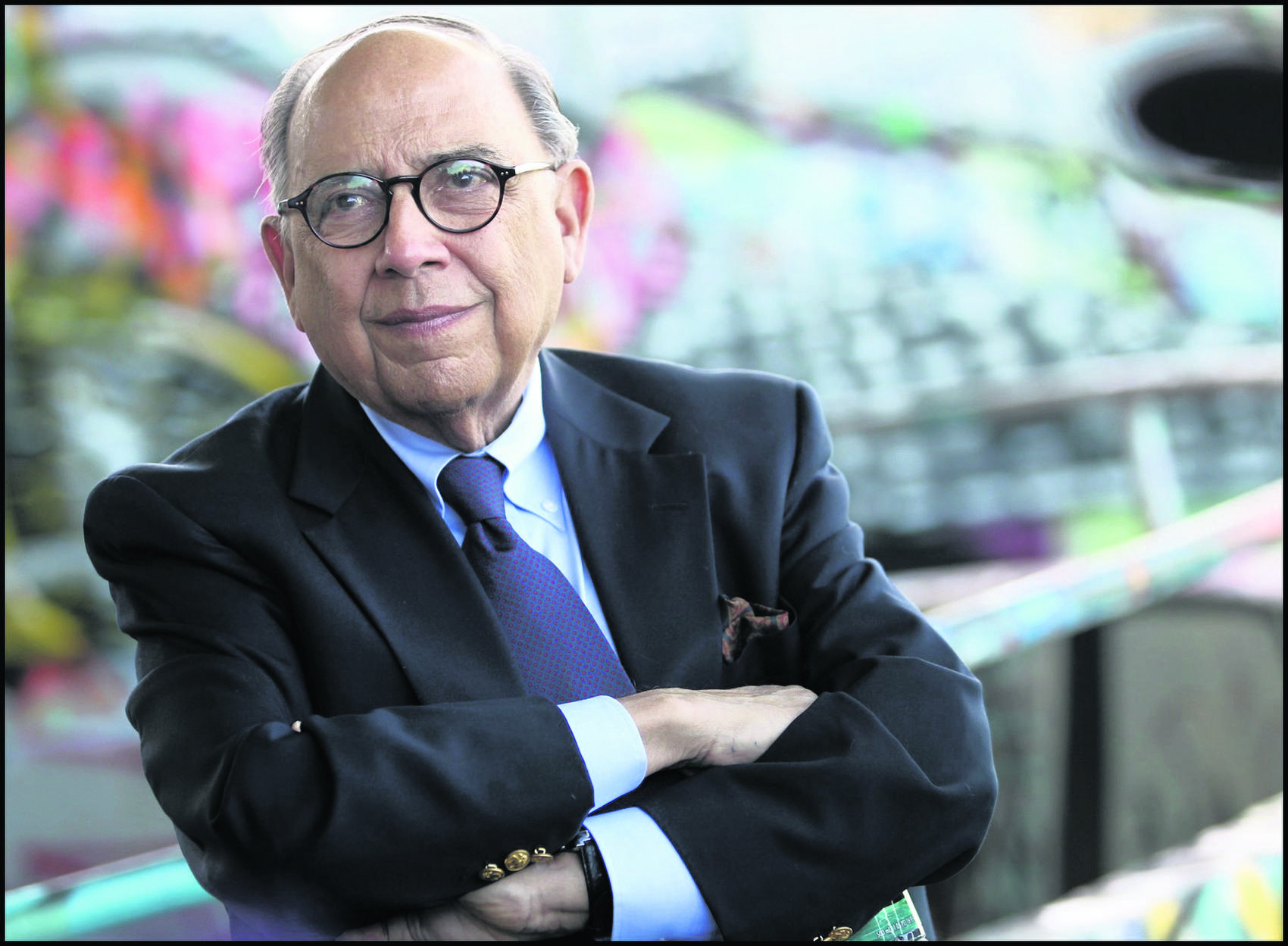 ‘Many of the architects in our community ... owe their professional careers’ to Hilario Candela, a friend said. 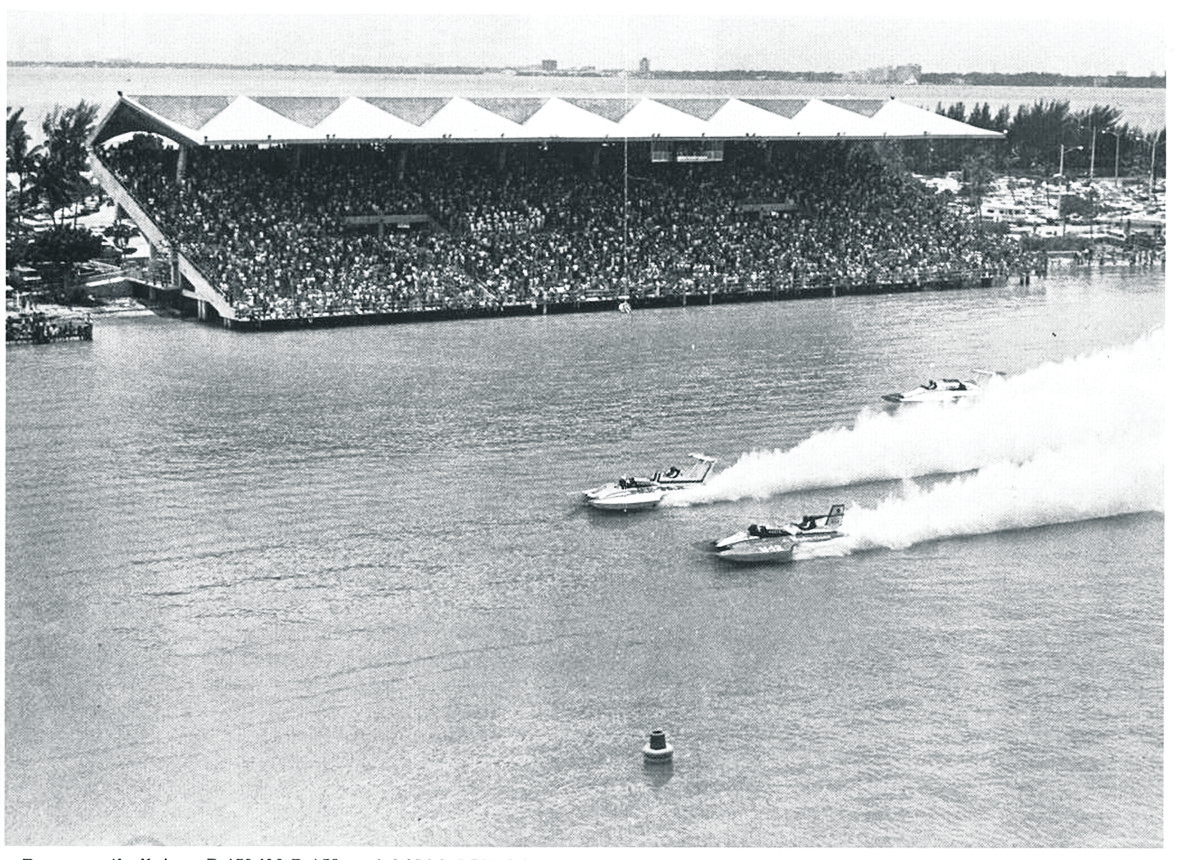 Hilario Candela designed Miami Marine Stadium and was also responsible for the design of the U-shaped water basin for speedboat races, such as this one in 1975.

Hilario Candela — the eminent Cuban-American architect who designed Miami Marine Stadium and Miami Dade College’s first two campuses as a young exile before leading one of Florida’s most influential architectural firms for 30 years — has died. He was 87.

Candela died on Tuesday night at Mercy Hospital. The cause was COVID-19, son Maurice Candela said.

Candela retired from his firm, Spillis Candela and Partners, after selling it in the mid-2000s. But he continued working as a consultant, most prominently on the decadelong effort to restore the city-owned marine stadium. Though closed since 1992, the dramatic, raw-concrete stadium has come to be widely regarded in recent years as a masterpiece of engineering and architecture with few equals in the world.

Candela did not live to see the $45 million restoration project break ground, however.

Architect Richard Heisenbottle, who worked for Candela at the start of his career and later hired his mentor to help him draw up the stadium-restoration plan for the city, said Wednesday he expects the project to finally go out for construction bids in a few months after years of delays.

It was a deserved milestone that Candela long had been hoping to savor, Heisenbottle said.

“Hilario was a class act in the way he ran his business and a class act in his life as an architect,” Heisenbottle said. “To have had the opportunity to work with him both in the past and now on the restoration of his Miami Marine Stadium masterpiece was one of the great honors of my career.

“He leaves a tremendous legacy. For decades, his firm was the leading firm in the state of Florida, with more award-winning buildings than nearly anyone else. And many of the architects in our community at one point worked for him and owe their professional careers to what they learned by his side.”

Candela’s death came nearly a year after that of his principal partner, Peter Spillis. Maurice Candela, also an architect, said his father had been recovering from back surgery and doing well at home and in outpatient rehabilitation when he tested positive for the coronavirus that causes COVID-19.

“He was absolutely 100% clear and sharp and still had that zest for life he always had,” the younger Candela said. “He had a passion for life and design that went beyond architecture. Beyond everything else, he was a gentleman. He was able to reach out and resonate with people, and that was very important to him. I don’t think I ever saw him lose his cool. He ultimately was going to win you over.”

The firm that Spillis and Candela built into a nationally recognized architectural powerhouse was once so dominant locally that their conjoined names were virtually synonymous with modern Miami architecture.

The firm, the oldest in continuous operation in Miami-Dade County, was later absorbed by global giant AECOM. The local office remains at the Douglas Entrance building that the firm designed in the 1980s in Coral Gables. Spillis handled the business and production side while Candela was the head of design.

Born and raised in Havana, Candela studied architecture at Georgia Tech before returning home to launch his career. But the 1959 Cuban Revolution upended his plans and forced him into exile as the new regime began seizing private enterprises, Candela had said.

In Miami in 1961, Candela joined the storied firm of Pancoast, Ferendino, Skeels & Burnham, founded in 1926 by pioneering Miami Beach architect Russell T. Pancoast. Ten years later, he and Spillis acquired the shares of Pancoast and other partners as they retired and became the titular partners.

Under their leadership, the firm designed landmark buildings across Miami-Dade County, especially at the peak of its influence in the 1970s and 1980s. Candela’s soft-spoken and debonair demeanor belied a fierce talent and ambition when it came to making a mark through architecture. His design skills and recruiting of talent allowed the firm to snag prominent commission after commission in Miami and elsewhere in Florida.

Those include downtown Miami’s Metromover stations, the James L. Knight Center and adjoining Hyatt Regency Hotel on the Miami River, and the National Oceanic and Atmospheric Agency’s labs on Virginia Key. The firm’s design for the Douglas Entrance office building was part of a project that helped save the historic 1920s Coral Gables entranceway.

Many of the firm’s buildings bore the stamp of the raw-concrete, tropical Brutalist style that was Candela’s signature and most evident in Miami Dade College’s North and Kendall campuses, and later at the nuclear-plant-like University of Miami Mailman Center for Child Development at the Jackson Memorial Hospital campus.

Candela’s originality as an architect lay in part in combining Brutalism — a term derived from a French term for raw concrete — with elements of modern Latin American and tropical design and Havana’s mid-century architecture, said architect Michael Kerwin, a former partner at Spillis Candela.

“He was obsessed with the fine details of a building,” Kerwin said in an email. “As a young man, he created a series of buildings that were striking in their use of concrete. For a time these were the progressive buildings that drove forward-thinking design in South Florida and inspired imitations.”

Almost as important to Candela was building relationships with clients and community leaders and selling them on his ideas and projects, Kerwin said.

“Hilario was famously a brilliant presenter,” Kerwin said. “In pitching for projects he won work through his intensity and charisma, with clients often simply surrendering to his energy.”

In a videotaped 2015 interview with a University of Miami Cuban Heritage Collection researcher, Candela said he designed every building but one at the Miami Dade College’s original two campuses. In the interview, Candela noted that the community college emerged out of the sense of social obligation that came out of the early 1960s and influenced the architecture of the time, including his own.

It also was an opportunity for dramatic growth for the firm, which for years designed most of the college’s campuses and buildings as it rapidly expanded, Candela said.

“We were part of that growth,” he said, referring to the college projects, which eventually led to the design of community colleges across Florida and other states. “We as architects didn’t function at a distance from the college. We were an integral part of the college family. ... It took us to another level.”

The firm went on to design buildings in Florida and elsewhere for large corporate clients such as American Express, General Electric and Westinghouse, including office campuses and factories making components for nuclear-power plants. Eventually, Spillis Candela opened offices in Orlando and Washington, D.C., and began designing courthouses and jails across the country.

With Candela at the design helm, the firm expanded the use of concrete, then not common in U.S. construction, by taking advantage of Miami’s tropical climate to wield the material in creative ways, said Miami architect and architectural historian Allan Shulman, co-author of ”Miami Architecture: An AIA Guide.”

“His imprint on Miami was his passion for the use of concrete structurally. A lot of architects used concrete in Miami over the years. But that firm and Hilario really took concrete construction to a different place, to a much more expressive place, in a whole generation of concrete office buildings and concrete schools and concrete universities,” Shulman said. “The firm, really more than any I can think of, tested the limits of concrete in our climate and our landscape.”

Candela made what is likely to stand as his most lasting mark before he was 30. While a junior architect at what was then a 12-person firm, he was assigned the prestigious but challenging task of designing a waterfront stadium for speedboat races on a narrow spit of land along the Rickenbacker Causeway on Virginia Key.

Taking inspiration from the concrete parabolic arches of the famed Tropicana nightclub in Havana and the raw-concrete style of architecture of the time, Candela and engineer Jack Meyer devised an audacious scheme: a poured-concrete structure with a vast, zigzag-shaped roof dramatically suspended over a grandstand sitting on pilings over the water, and providing a panoramic view of Biscayne Bay and downtown Miami.

Candela was also responsible for the design of the U-shaped water basin, partly created with fill, for the speedboat races.

The stadium quickly became a beloved spot for Miamians, hosting not just races but concerts and Easter sunrise services on a floating barge tied to the grandstand. The Beach Boys, Ray Charles and many other musical luminaries performed at the stadium. Among them was Jimmy Buffett, who famously jumped in the water at the end of his 1985 show to join fans watching from boats and inflatable rafts. Buffett later made a video supporting the stadium’s restoration. The stadium was also a backdrop for the 1967 Elvis Presley movie “Clambake.”

But the stadium never made money for the city. Officials cited damage from Hurricane Andrew in 1992 to shutter the place, which rapidly became a canvas for graffiti artists. The city planned to tear it down when preservationists, aided by Candela and other Miami architects, rallied international support to persuade the city to declare the stadium a protected historic landmark.

The stadium was so well-designed and built that, despite years of deterioration and exposure to saltwater, engineering studies found it to be fundamentally sound. City leaders vowed more than a decade ago to fully restore and modernize the stadium, and have allocated money for the project. Permitting for construction work has taken years, in part, because of environmental concerns over the basin, which abuts a nature preserve.

Heisenbottle said Candela’s energy did not flag during the drawn-out, five-year process of getting the stadium-restoration plan finished and approved by the Miami commission.

“His commitment to helping me, to working side by side with me to get the marine stadium restored and back in operation was unwavering,” Heisenbottle said. “I could call on him any time, to look at this or that, to come to another meeting, to talk to commissioners, to do outreach at community meetings.

“I think he recognized the importance of the stadium to architecture and our community — and not just for the sake of tooting his own horn, but rather for the expressive, wonderful piece of architecture that it is, and the unmatched sense of place it holds in the history of Miami.”

Candela is survived by his wife, Eva; children Cecilia, Maurice, Mark and Hilary; and 15 grandchildren. Plans for services are pending.