One more no-no before surgery: pot
Anesthesia more unpredictable for patients who use 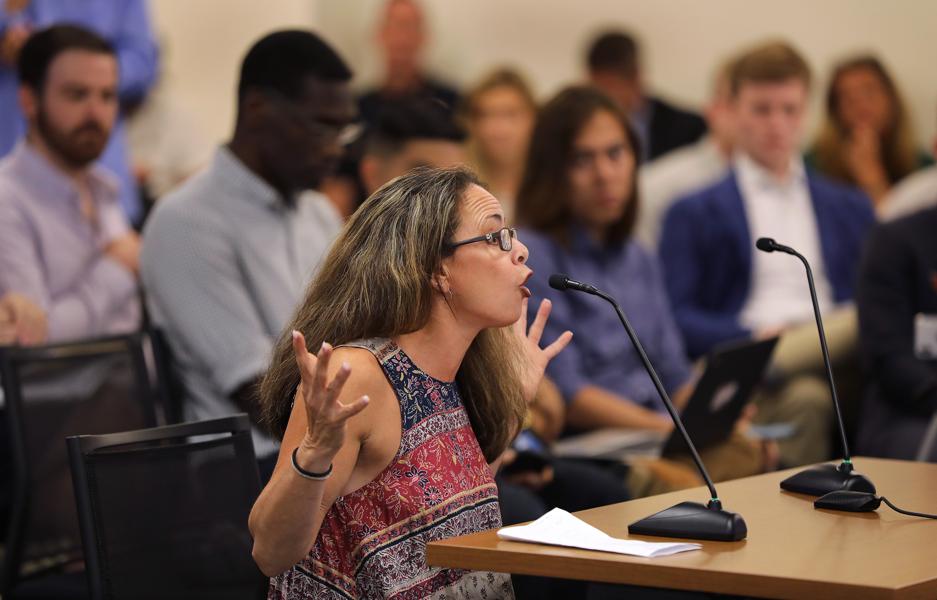 Jana Martin, 44, of Whitman, was livid when her knee surgery at Brockton Hospital was canceled because she had used medical marijuana on the day of the procedure.

Patients planning to go under the knife have long heard that they should avoid eating or drinking for several hours before the surgery, but now doctors have another directive: No marijuana.

Cannabis consumers often need higher doses of anesthesia to become sedated and stay unconscious, recent studies show, and more anesthesia can in turn lead to an increased risk of complications.

But by no means, doctors said, should patients respond to this news by being anything less than honest with clinicians about their marijuana use.

“We’re not going to have any judgment — there’s no stigma,’’ said Dr. David Hepner, an anesthesiologist at Brigham and Women’s Hospital. “It’s just important for us to know, because the cannabis could interact with the anesthetic and we need to know how to adjust.’’

The riskiest time for patients to undergo anesthesia is in the hour or two after pot consumption, Hepner said. Being high on marijuana raises a person’s heart rate and decreases blood pressure. Patients who get high before being sedated, which also affects the heart, could face increased risk of cardiac problems, including heart attack, Hepner said. A patient who just smoked pot could also suffer breathing issues because of heightened airway sensitivity.

“Most of those conditions, in the worst case scenario, may lead to death,’’ Hepner said. “I’m not saying that it’s very common, but the potential is there.’’

For people who consume cannabis in the days or weeks prior to surgery — but not the day of the procedure — the risks seem less severe, Hepner said, although research is scant.

One small study in a Colorado hospital, published in May in the Journal of the American Osteopathic Association, found that pot consumers needed more of several common types of anesthetics — an average of 14 percent more fentanyl, 20 percent more midazolam, and 220 percent more propofol — during endoscopic procedures than noncannabis users. Propofol is generally safe, but increased doses could lower blood pressure, which could lead to deadly complications if untreated.

With marijuana restrictions loosening around the country, hospitals are grappling with how to handle surgery patients who say they recently consumed pot. Though marijuana has been the most commonly used drug in America for decades, doctors are only now beginning to understand the implications of mixing it with anesthesia.

In the past, anesthesiologists may have assumed patients’ unexpected reactions were due to issues unrelated to cannabis, but now they have more awareness of pot’s prevalence in the population and its effects, said Dr. John Alexander, an associate professor of anesthesiology at the University of Texas Southwestern who published a July research review in Baylor University Medical Center Proceedings.

“It’s just more top of mind now,’’ Alexander said. “It’s probably something we just didn’t think to ask about, especially because we didn’t know what to ask or what to look for.’’

Patients also seem to be more open about their marijuana use. Brigham and Women’s Hospital has been asking patients whether they use cannabis for years, Hepner said, but he has noticed that more patients say “yes’’ now that pot is legal. That mirrors trends in other states with legally available cannabis, which doctors believe is due to both more consumption and reduced stigma.

Research is lacking, Alexander said, because federal prohibitions against marijuana use make it nearly impossible to fund or conduct rigorous clinical trials. The American Society of Anesthesiologists has urged the federal government to reclassify marijuana to allow medical studies.

Because of the lack of data, Alexander said, it’s not clear what happens in the bodies of cannabis users to make these abnormalities occur, or what role tolerance, withdrawal, and other factors may play.

Hepner said one explanation may be that marijuana use affects the central nervous system in a way that alters the body’s reaction to anesthetics, though research has not yet explored that.

The dearth of research also means that no clear guidelines exist, Alexander said, creating a wide range of responses by doctors and hospitals to cannabis-consuming patients.

Sometimes that leads to trouble. Jana Martin, 44, of Whitman, said she was scheduled for knee surgery in February at Brockton Hospital to address her torn cartilage, which caused shooting pain with every step. When a nurse called before the surgery, Martin said, she disclosed that she planned to consume medical marijuana the day of the procedure to treat her crippling anxiety and bipolar disorder.

The nurse advised against it, and they argued for a few minutes, Martin said, before the nurse told her to go ahead, as long as she was honest with her doctors that day.

Because of the stress of surgery, Martin said, “it would probably be the worst possible time’’ to not use cannabis. “It’s like asking somebody not to be nervous on their wedding day. It’s not about getting high — it’s medicine.’’

The day of surgery, she said, she vaped some cannabis oil, then waited in the hospital for several hours before the surgical team was ready. Martin said that when she disclosed to the anesthesiologist that she had vaped hours earlier, the doctors canceled her surgery.

“I was so angry,’’ said Martin, who recently shared her story with the Cannabis Control Commission. “I felt like my rights had been violated.’’

At Brigham and Women’s Hospital, Hepner said, clinicians would likely delay surgery, if it’s not an emergency, by at least two hours if a patient had just smoked or vaped cannabis, though the decision would be up to the anesthesiologist, in consultation with the surgeon and the patient.

But if the patient has eaten a pot edible, he said, that would lead to an eight-hour delay for the same reason that all food must be avoided for eight hours prior to surgery — to prevent the risk of aspiration pneumonia, a serious condition that can occur when recently eaten food is inhaled into the lungs.

Another important consideration: Research suggests that marijuana consumers may have increased sensitivity to pain following surgery. While some patients have found pot to decrease chronic pain, doctors say the drug may exacerbate more acute forms of pain. To address that problem, Alexander said, doctors can use multiple pain medications, including injections of a local anesthetic to numb the surgery site. Cannabis consumers may still need more opioids and other painkillers than noncannabis consumers, Alexander said.

“We’ve got slivers of information,’’ Alexander said, but he hopes future research will change that. “It’s a growing population and we want to know how best to take care of these patients.’’