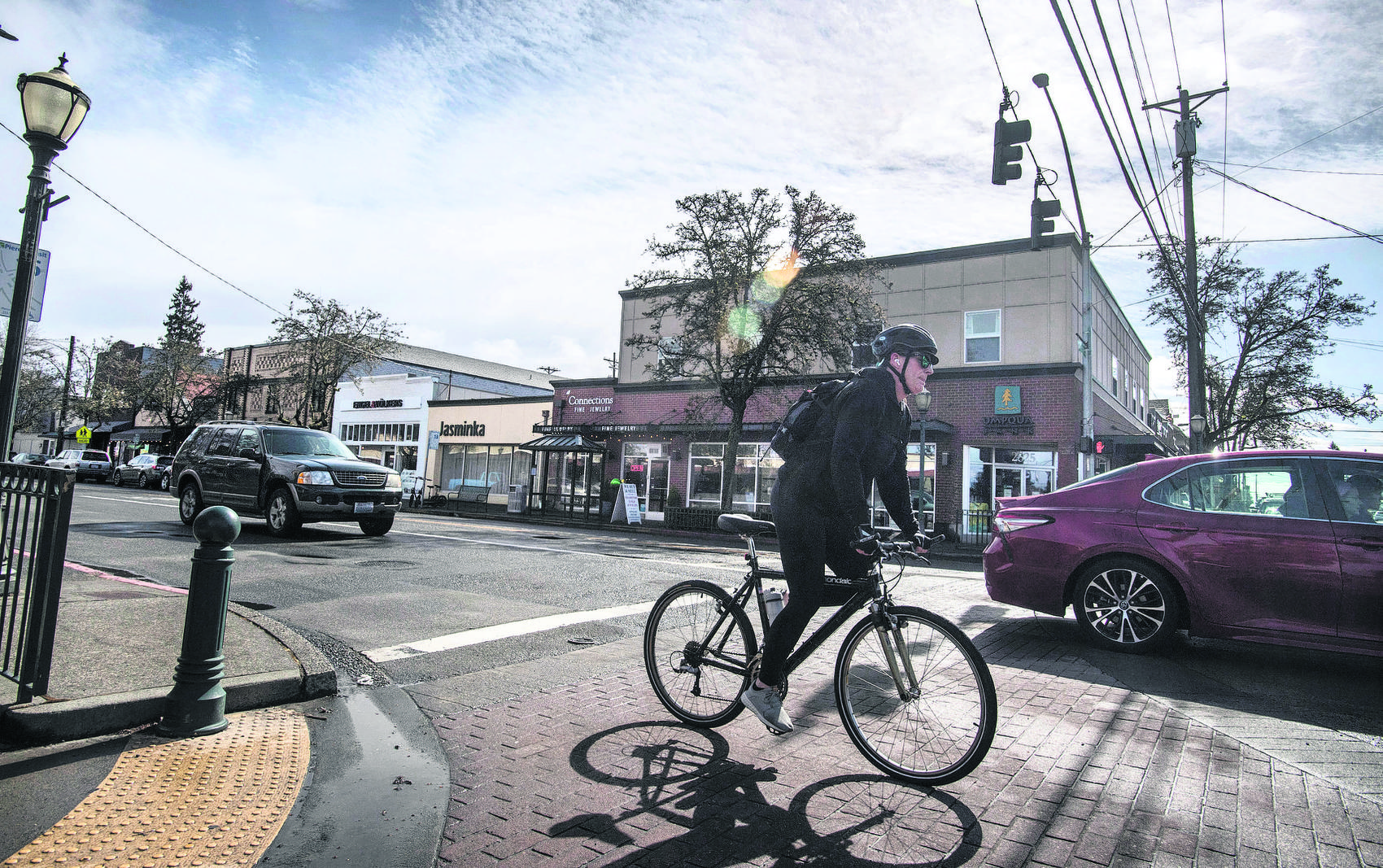 A five-story apartment building is planned for the space of the former Jasminka women’s clothing boutique (left center) in the Proctor District of Tacoma, Washington, on Tuesday, March 15, 2022.

New apartments are planned for Tacoma’s Proctor District, and developers were able to get in under the wire to seek a property tax exemption before rules tightened in the area.

Plans filed with the City of Tacoma call for demolition of the existing building at 3820 N. 26th St., replaced with a 14,500-square-foot, five-story mixed use commercial building with six residential units on the upper levels and a rooftop deck. Some type of coffee shop and yoga studio are planned for the lower levels.

No additional parking is planned.

Jasminka women’s boutique was formerly at the site. The business closed in September 2020 after existing in Tacoma for 40 years.

“It’s an anchor in the neighborhood and it’s very sad to see it go,” said Connie Slabaugh, store owner, in a Facebook video post announcing the closure in 2020.

The developers are seeking an eight-year exemption through the Multifamily Property Tax Exemption program. The eight-year version is strictly for the creation of market-rate housing, as opposed to the 12-year version which requires a percentage of rent-restricted units.

City Council overhauled the MFTE program in December with new rules. Among those included eliminating the eight-year MFTE in mixed-use centers designated “very high” opportunity based on the City’s Equity Index (for now those are Proctor and Point Ruston).

According to the city, the changes in the “Very High Opportunity Areas” went into effect Feb. 7, while other changes in a separate ordinance kicked in March 14.

“This application was received on February 4, so it was vested under the old rules,” Megan Snow, media representative for the city, wrote The News Tribune in response to questions via email.

Debbie Bingham, project manager with the city’s Economic Development Services Department, warned council members in an MFTE approval session in January that the changes passed by council late last year were not going to take effect immediately, and that more projects likely would be headed their way for approval under the old rules.

The Proctor project is the only one that has requested an eight-year MFTE in Proctor or Point Ruston since passage of that ordinance and ahead of the Feb. 7 rule change, according to Bingham.

While the MFTE request for the Proctor project is filed in the permits portion of the city’s Planning & Development Services portal, it is not yet showing as scheduled as an agenda item for the council.

The Proctor developer, Buddy Investments, LLC, purchased the building in June 2019 for $595,000, according to county records on file.

The city has the project listed as “Titus Tacoma Commercial.” The LLC shares an address with Bruce Titus Automotive Group.

An email associated with the LLC did not respond to a request for comment.

The project is budgeted at $6 million, according to its MFTE filing, and is expected to tentatively begin in July, with completion estimated for September 2024.