Ordinary citizens, extraordinary premise
Group begins training for peaceful tactics if transfer of power in US is undermined 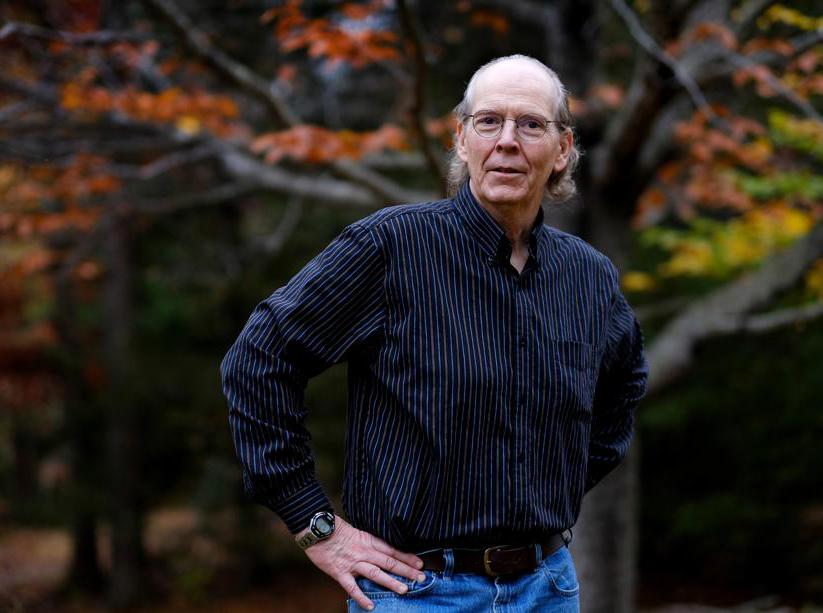 Dan Comly, 66, and semi-retired in Chester, N.H., is among hundreds preparing to respond.“Four years ago, it never would have crossed my mind. Coup? The United States?’’ said Dan Comly, who lives in Chester, N.H.

On a recent Tuesday evening, about 1,500 people gathered virtually to consider some previously unthinkable questions. They were students and retirees, veteran activists and rookies, residents of Anchorage and Manchester and Boston and Honolulu.

If President Trump carried through on his threats and refused to accept a loss in the Nov. 3 election, what were they prepared to do?

Would they be willing to occupy a government building? Block a bridge? Sit down calmly while being attacked? Now was the time to think it through, advised the organizers of “Choose Democracy,’’ the group that had convened the free training about how to non-violently beat an undemocratic power grab — or, in layman’s terms, a coup.

“Four years ago, it never would have crossed my mind. Coup? The United States?’’ said Dan Comly, a 66-year-old who lives in Chester, N.H.

Comly hadn’t taken his politics to the streets since he was a student at Boston University in the 1970s. But recently, he began to see more long guns around his rural neighborhood and feared that people might try to intimidate ballot counters. He signed up to be trained.

So did thousands of others.

“I’ve never said it’s for sure going to happen. It’s more like an insurance policy,’’ said George Lakey, one of the co-leaders of the Choose Democracy training and a longtime nonviolent trainer based in Philadelphia. “We don’t really expect our house to burn down, but if it does, we should be prepared.’’

Trump in recent months has repeatedly refused to commit to a peaceful transfer of power if he loses, complaining without evidence of widespread voter fraud. He told reporters last month, “Get rid of the ballots and you’ll have a very peaceful — there won’t be a transfer, frankly. There will be a continuation.’’ His claims have left both scholars and ordinary people alarmed.

“All you really have to do is listen to the president’s words, and it should be very clear that, barring an absolutely indisputable landslide on November 3, Trump is almost certainly going to contest the results of the election,’’ said Robert Blair, a professor at Brown University and coordinator of the Democratic Erosion consortium. The group is urging people to make a plan to protest, not just a plan to vote.

Across the country, thousands of people are making those plans.

“I’ve seen a lot of interest and a lot of fear,’’ said Chinyere Tutashinda, director of the BlackOUT Collective, a national group that trains Black people in direct action. “There are a lot of people who are joining us in this form of civil disobedience and active protest for the first time.’’

Choose Democracy is part of a broad coalition called “Protect the Results,’’ which has organized hundreds of peaceful demonstrations for the day after the election to make sure all votes are counted.

“We’re at a moment where it feels like democracy has to be defended,’’ said Arisha Hatch, director of the Color of Change PAC, which has about 7 million members and is part of the coalition.

Choose Democracy is particularly focused on nonviolent direct action, which includes sit-ins, strikes, blockades, and boycotts. More than 30,000 people have signed onto the group’s pledge promising to “shut down this country’’ to protect the democratic process.

The activists draw on “coup literature,’’ as Lakey calls it — scholarship on how ordinary people have successfully defeated power grabs around the world, in Serbia in 2000, in Ukraine in 2004, in Gambia in 2016. Many of the historical examples suggest that widespread non-cooperation can successfully halt coups.

“Everybody stops showing up to work,’’ said Erica Chenoweth, a professor at the Harvard Kennedy School who studies civil resistance. “They’re not participating in any of the economic exchanges that are required.’’

The goal, Chenoweth said, is to make it more difficult for elected and law enforcement officials to suppress the protests than to accommodate the participants’ demands.

In the Choose Democracy trainings, the organizers review what scholars have found to be the four keys to successful coup prevention: widespread mobilization; alliance building; nonviolent discipline; and refusal to recognize illegitimate authority.

“It’s all about getting beyond the choir. All about getting beyond the usual crew,’’ Lakey, who is 82, with bushy eyebrows and a thatch of white hair, told attendees on a recent call. Researchers have found that the kind of mass action needed to defeat a coup requires not just the left, but also people in the center, who might not typically be inclined to defy authority.

The trainers urged attendees to choose a “pillar of power’’ to focus on — politicians, or business, or police, for example — and consider nonviolent strategies that might sway them, from letter-writing to occupying their offices.

“I learned from the training that you need to have the center on your side, all the people who are worried but they’re not opening their mouths,’’ said Sabine von Mering, 53, a professor at Brandeis University. Von Mering is German; her native country’s Nazi past made her “doubly worried’’ about what might happen in the United States, she said. But she also found hope in the idea that ordinary people could collectively stop democracy from collapsing.

Andy Burt, a 75-year-old climate activist in Edgecomb, Maine, has attended past actions with a walker because of physical limitations. If she needs to take to the streets after the election, she wants to be sure she has a partner to do it with.

“I’ve been thinking about who will be my buddy,’’ she said.

In Boston, Leah Bloom, 42, has been compiling a list of how to safely protest. People need shoes to run in, a mask, clothing that covers most of the body, water for tear gas. She’s torn on the question of protective vests.

“My family has a rule that I’m not allowed to get arrested,’’ said Bloom, who attended her first march as a child.

Comly, from Chester, said he feels increasingly prepared to take to the streets. He has been reading about Reconstruction and its aftermath. Indeed, what historians refer to as the only successful coup in American history occurred in 1898, when white vigilantes drove Black and white elected officials from their positions and killed Black residents in Wilmington, N.C.

“I’m semi-retired,’’ he said. “Some of the reasons for holding back in the past are gone.’’

In recent years he took other leaps of faith: He sped a race car on a track. He went sky diving. Now when he thinks about joining a demonstration, or sitting in, or boycotting, he feels a familiar tension.

“I have that feeling in the pit of my stomach,’’ he said. “Am I going to go drive out that pit lane and out onto the race track?’’