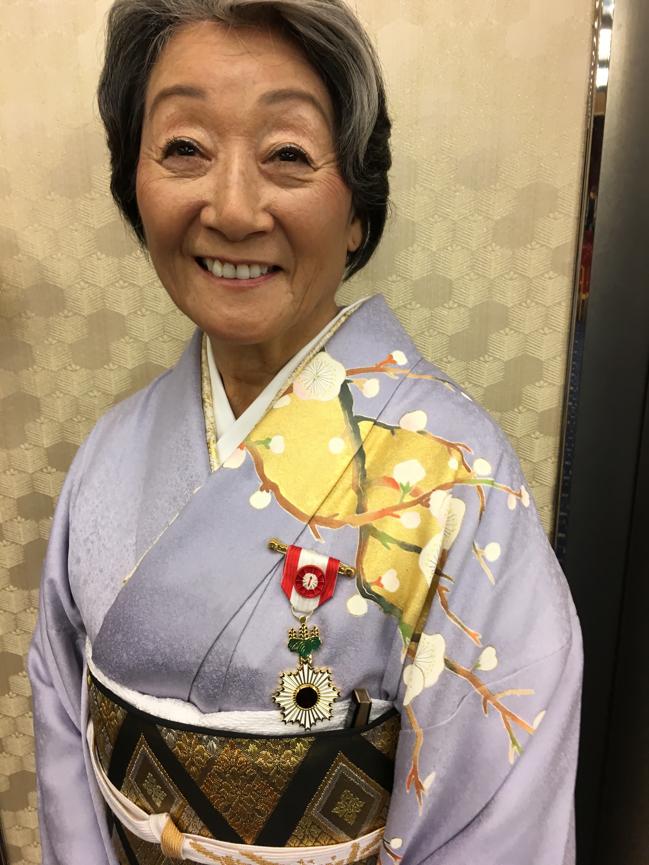 Atsuko Toko Fish with the Order of the Rising Sun, 4th Class, Gold Rays with Rosette.

Emperor Akihito of Japan presented Fish with the award in a ceremony at the Imperial Palace on Nov. 7.

First awarded in 1875, the Order of the Rising Sun is one of the highest Japanese orders conferred on civilians. Past recipients include: Mohammad Hatta, the prime minister and, later, vice president of Indonesia; Rena Kanokogi, a lifelong proponent of women’s judo; and actor-activist George Takei.

Fish — whose husband, Larry Fish, is the former CEO of Citizens Bank — was honored for her advancement of women’s leadership in Japan. In 2006, she founded the Japanese Women’s Leadership Initiative, a two-year program that supports female Japanese leaders with a four-week training program in Boston. She also served as the board chair of the Massachusetts-based Asian Task Force Against Domestic Violence for more than a decade, as well as many other local organizations.

After the earthquake and tsunami that devastated northeastern Japan in 2011, Fish launched the Japanese Disaster Relief Fund — Boston. With the help of The Boston Foundation and the Japan Society of Boston, her efforts raised $7 million for organizations and recovery in the Tohoku region of Japan. Lillian Brown