Witch hunts: From trials to Trump 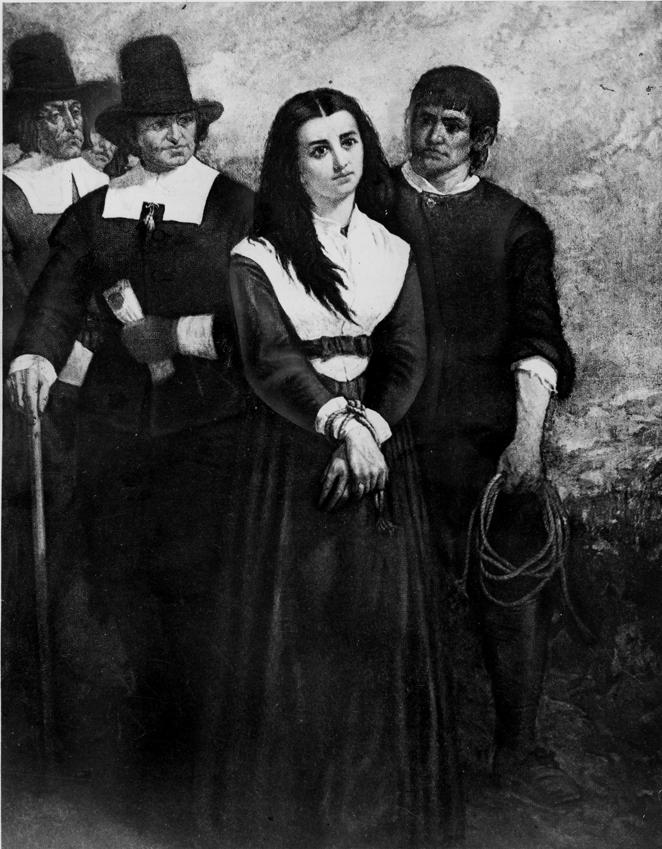 Witch hunts didn’t end with the Salem Witch Trials of 1692. Throughout history, the world has hunted witches — who could be female, elderly, Japanese-American, gay, or Russian, among other things.

More recently, President Trump has been using the term “witch hunt’’ to describe Special Counsel Robert Mueller’s investigation into whether the Trump campaign coordinated with Russia to influence the 2016 election.

The term is used to encompass any sort of hunt, search, or investigation of negative connotation. According to Rachel Christ, director of education at the Salem Witch Museum, the formula is: Fear + Trigger = Scapegoat.

“When people are scared, they look for someone or something to blame,’’ she said.

The Salem Witch Museum includes an exhibit on the concept of a witch hunt -- its origins, symbols, and transformations over time. The museum recently added a Web component, inviting visitors to add historical examples. Many examples began with worry, Christ said.

She said one of the best-known witch hunt allegories is “The Crucible.’’ a 1953 play by Arthur Miller that portrays a dramatized version of the Salem Witch Trials and compares them to McCarthyism during the Cold War.

It fits the formula: The fear of communism during the Cold War and then-Wisconsin Senator Joseph McCarthy’s inflammatory speech about Soviet spies led to the scapegoating of blacklisted citizens.

“Because it was such an intense time, people just listened’’to McCarthy, she said.

Most of the accused witches during the witch trials in Salem, as well as in parts of Europe, were women, said Christ. They were outcasts — women living outside of the norm, she said.

“It tends to be the people in your community who make you uncomfortable,’’ she said, adding that the term today is less attached to the witch and more to the hunt.

Other examples include Japanese-Americans following the Pearl Harbor attack on Dec. 7, 1941, and the gay community at the start of the AIDS epidemic in the 1980s.

Europe experienced a 300-year-long witch hunt that began in the 15th century. In the years leading up to the pandemonium, villagers in Trier, Germany, experienced unexplained droughts, said Christ. So, villagers blamed individuals who made them uncomfortable, for bringing evil into their lives.

In Salem, Puritan religious pressure and the fear of upsetting God led to a doctor misdiagnosing the first “afflicted’’ girls with witchcraft, sparking the infamous trials.

“They were scared, they were starving, so what did they do?’’ said Christ. “They looked around, and they tried to find a reason it was happening.’’

Morgan Hughes can be reached at morgan.hughes@globe.com.