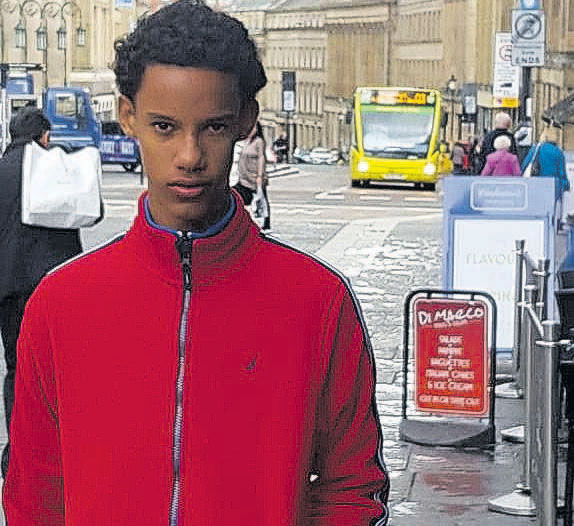 T&T national Under-17 midfielder Gary Griffith has been accepted in a scholarship programme in the United Kingdom with Catalyst Agency, Improtech and Sunderland College to pursue his football and academic ambitions through the efforts of local club, Football Factory Foundation (FFF).

NEXT IMAGE
Griffith III, Alves on Sunderland scholarships
T&T duo, national Under-17 midfielder Gary Griffith and Brandon Alves have been accepted in a scholarship programme in the United Kingdom with Catalyst Agency, Improtech and Sunderland College to pursue his football and academic ambitions through the efforts of the local club, Football Factory Foundation (FFF).

Following three UK trials, including Sunderland and Queens Park Rangers, Griffith III, the son of Commissioner of Police, Gary Griffith II was accepted on his own merit for his abilities and commitment to work hard and smart to make it.

Speaking on the move for the young Griffith, former England international World Cup defender and San Juan Jabloteh and Central FC coach, Terry Fenwick said he was full of praise for his Football Factory coaching staff and administrators who have been consistent and driven toward the development of Griffith and so many more youngsters of T&T.

Fenwick added, “Our aim is to fill that void and fast track youngsters of T&T into life-changing opportunities for the future stars of T&T football.

It is fitting that FFF who have engaged and partnered with Catalyst Agency and Improtech since November 2018 is now partnered with the T&T Police Service (T&TPS).

The partnership between FFF and the TTPS will provide expertise, knowledge and experience in the up-coming Commissioners Cup and Scholarship Program to ensure a solid, professional and achievable program to project our program nationwide through the multiple police youth clubs.

Formerly of St Mary’s College, Griffith III was a recent member of the national Under-17 team under the supervision of a coach and former T&T World Cup striker, Stern John at the CON- CACAF Under-17 Championship, a FIFA World Cup Qualifier’s in Miami and has been at Football Factory since the tender age of eight.