Replica of 1859 building comes to life in Hingham
New apartments, stores in square 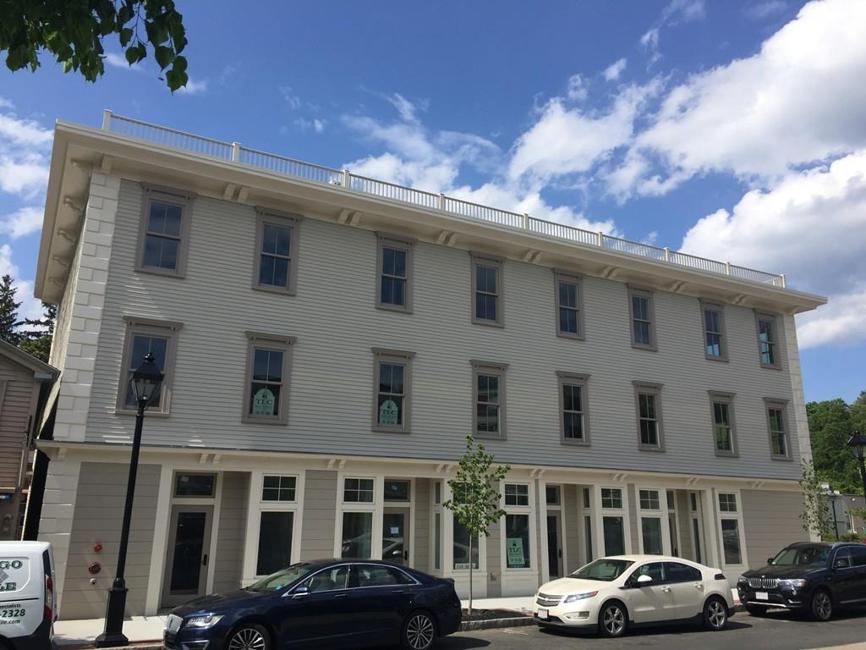 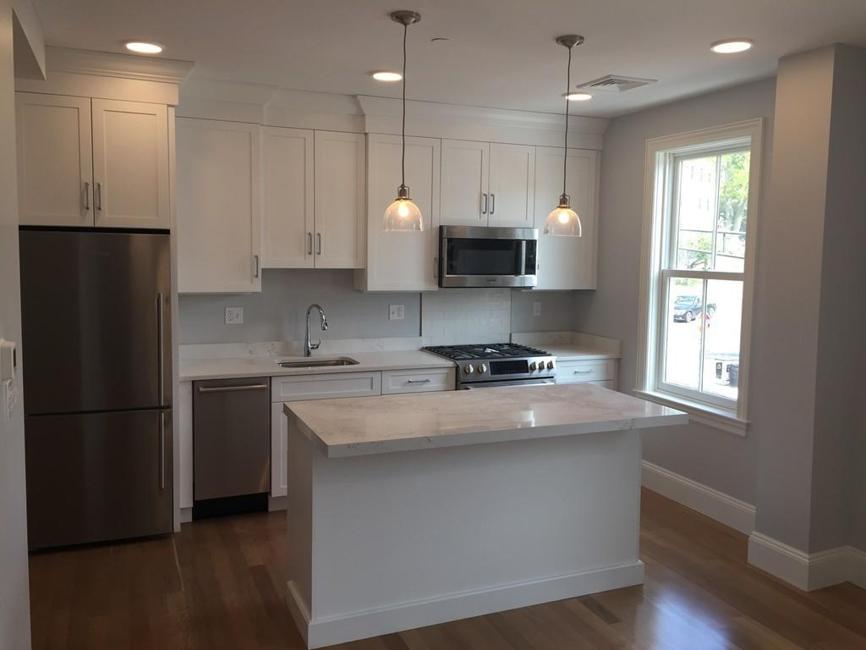 The owner of the newly constructed Lincoln Building in Hingham Square said that as of late August, all but one of its six apartments are rented, as are four out of fivefirst-floor commercial spaces.

The three-story building occupies almost an entire block of the downtown business area along South Street.

The original structure, described in historical papers as “the most important 19th-century commercial structure in Hingham Square,’’ was razed after its roof collapsed during the big snows of the winter of 2015.

The site sat empty — a gaping hole in the streetscape — until construction of the new building began in the summer of 2017. The new building is a near replica of the 1859structure it replaces.

The work took longer than anticipated, and advertising for occupants didn’t begin until last spring, with the first apartment tenant moving in July 1, according to building owner Charlene Flynn of TLC Real Estate.

“We are just absolutely thrilled that it is finally here and it came out as well as it did — and we are getting some very positive feedback,’’ Flynn said. “It’s been a long haul, but it was definitely worth the wait.’’

The apartments are being called The Residences At The Brooke. Flynn said both two-bedroom penthouses, on the top floor, and three of the four one-bedroom units below now are rented — with the occupants ranging from young professionals to “an 80-year-old woman who sold her big beautiful home here and doesn’t want to leave Hingham.’’ The rents range from $2,800 to $5,400, according to the TLC website.

There is no parking on the site, which backs up to the cap over the Greenbush commuter rail tunnel, but tenants have parking spaces at another building down the street.

Flynn said her real estate firm will occupy one of the street-level commercial spaces. A medical spa has signed a lease for another two commercial units, and a “high-end women’s boutique’’ is moving into another, she said.

Flynn said a home furnishing business is interested in moving into the last storefront.

TLC advertised the commercial spaces as renting for $3,300 a month.

The building replaces the iconic Italianate-style Lincoln Building, which was built by shipmaster James B. Lincoln in 1859. Back then, the US Post Office was on the first floor, along with some shops, and the second floor housed the Second District Court of Plymouth.

The Old Colony Lodge of Free and Accepted Masons was on the third floor, before moving into its own building on Central Street in 1929.

Over the years, the first floor was filled with various businesses — including a dry goods store, tailor shop, ice cream parlor, dentist, hardware store, and dance school — and there were apartments above. But the building gradually grew dilapidated and the upstairs floors empty.

Developer Reuven Levy bought the property for $1.5 million in 2006 and, in partnership with Flynn, proposed demolishing it and building a new mixed-use structure. While the permitting process dragged on, the snowy winter of 2015 caved in the building’s roof and its demolition was deemed a public safety necessity.

The new building was designed by architect Steve Meyers and built by Falconeiri Construction, the firm developing the old Settles Glass site on nearby North Street into a mixed-use development with four condominiums and retail space.

Johanna Seltz can be reached at seltzjohanna@gmail.com.