Trump to pitch budget with more wall funding
$4.8 trillion plan to include cuts in some safety nets 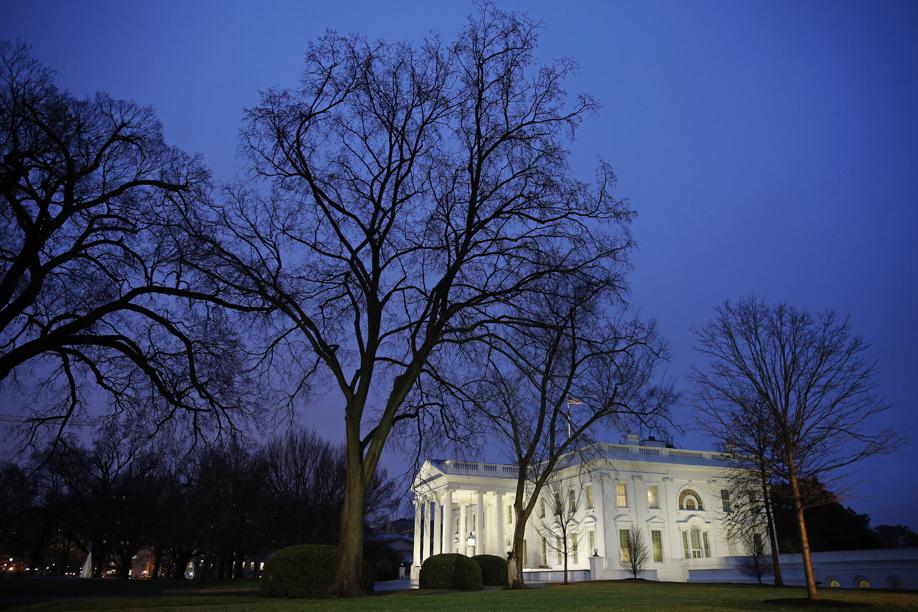 WASHINGTON — President Trump is expected Monday to propose a $4.8 trillion budget that will include billions of additional dollars for his wall along the southern border and steep cuts to safety net programs like Medicaid, disability insurance, and housing assistance, according to senior administration officials.

The final budget proposal of Trump’s first term is expected to reinforce the antiimmigration platform that helped propel him into office and will be a big part of his reelection campaign. Trump intends to ask Congress for an additional $2 billion to fund his border wall, according to people familiar with the plan, pressing ahead with one of his signature campaign pledges and setting up another clash with Democrats.

The White House budget is generally viewed as a political messaging document. Congress, which is responsible for approving government spending, is under no requirement to adhere to White House requests. Lawmakers have previously rejected many of Trump’s attempts to gut domestic programs.

But this year’s budget will be significant since it will serve as a blueprint for Trump’s priorities if he wins a second term. And some of the proposals can be achieved without the approval of Congress.

The president’s plan includes what officials described as $4.6 trillion in spending cuts over the next decade, including $2.6 trillion from safety net programs.

Those encompass cuts to Medicaid, federal housing assistance, and food stamps, which would occur through new work requirements on recipients. The budget will also cut spending on federal disability insurance benefits by $70 billion and on student loan forgiveness by $170 billion.

The budget will propose cutting foreign aid spending by 21 percent and, as in previous budgets, eliminate funding for the Corporation for Public Broadcasting. It would cut the Centers for Disease Control and Prevention budget by 10 percent but maintain funding levels for the center’s infectious disease division. It targets specific programs, including some at the National Institutes of Health, for cuts.

Trump’s signature tax cuts would also be extended: His budget includes $1.4 trillion to extend for 10 years the 2017 individual tax cuts that are set to expire in 2025. And it includes $1 trillion in new infrastructure spending, including $200 billion for high-priority projects. The budget would slightly increase military spending and reduce nonmilitary domestic spending by 5 percent, defying a budget agreement struck last year by congressional Democrats and Republicans.

Given the budget agreement that both parties agreed to over the summer as part of a two-year spending deal, it is unlikely that Congress will agree to such Draconian cuts, particularly for housing, environmental programs and the arts.

In the Democratic-controlled House, it is all but certain to be declared a nonstarter. And at the beginning of Trump’s administration, when Republicans controlled both chambers, the administration’s budget proposal largely failed to gain traction on Capitol Hill.

In a statement, Representative John Yarmuth, a Kentucky Democrat and the chairman of the House Budget Committee, accused the president of “apparently going back on his word’’ on the budget agreement by “proposing deep cuts to critical programs that help American families and protect our national security.’’

“Congress will stand firm against this president’s broken promises and his disregard for the human cost of his destructive policies,’’ Yarmuth said.

A senior administration official acknowledged that reality Sunday, saying “our hope is that Congress will consider these and not make us wait for the future. But we do realize that under a two-year spending agreement right now, this conversation may get pushed to the future.’’

Trump, who campaigned on a promise to eliminate the federal deficit within eight years, projects a balanced budget in 2035, assuming strong, sustained economic growth and the enactment of trillions of dollars in proposed spending cuts, a senior administration official said Sunday.

The White House projects that the deficit, which has ballooned as a result of Trump’s tax and spending policies, will fall below the trillion-dollar mark to $966 billion in the 2021 fiscal year.

The Congressional Budget Office said in January that it projected that the US deficit would top $1 trillion annually over the next 10 years, reaching $1.7 trillion in 2030.

The administration’s budget predicts a more sanguine deficit number through robust economic assumptions for the next 15 years, including sustained growth near 3 percent, as well as spending cuts.

In addition to the wall funding, Trump plans to ask Congress for $15.6 billion for the Customs and Border Protection agency, a 7 percent increase from current spending levels, and $9.9 billion for Immigration and Customs Enforcement, a 23 percent increase.