New US rules set to back transgender students
If finalized, they will set up clash with state laws 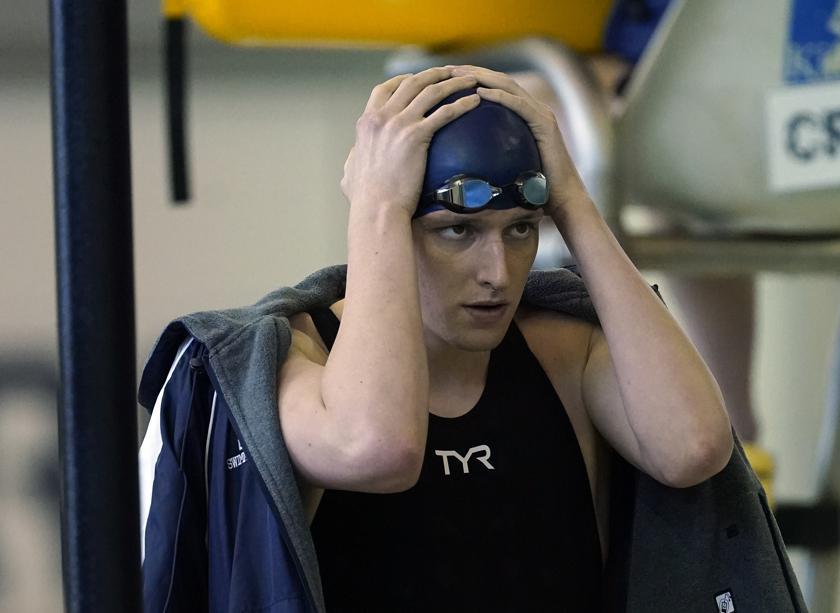 The issue has been thrust into the headlines by Lia Thomas, a transgender woman now on the Penn women’s swim team.

WASHINGTON — Discrimination against transgender students would be a violation of federal civil rights law under proposed regulations the Education Department is expected to finalize in the coming weeks.

Title IX bars discrimination on the basis of sex in education, and the new rules would make clear this includes discrimination based on sexual orientation and gender identity, among other things, according to two people familiar with a draft of the proposed regulation who spoke on the condition of anonymity.

Regulations carry the power of law. The rules, if finalized, would set up a clash with state laws that bar transgender women from competing in women’s sports. Those statutes are already being challenged in the courts.

A spokeswoman for the Education Department declined to comment on what will be in the proposed regulation, which the administration has said it expects to publish in April.

The regulations would also rewrite, for the third time in three administrations, complex rules for universities and K-12 schools in adjudicating allegations of sexual harassment and assault. The Trump administration’s version included more due process rights for the accused, and the new version is expected to be friendlier to those leveling the accusations.

National debate over gay and lesbian rights has quieted, but there remains a storm of controversy around transgender rights, often focused on bathroom use and, in more recent months, participation in sports. Twelve states, including Utah, Texas, Florida, Idaho, and South Dakota, have passed laws banning transgender girls and women from participating in girls’ and women’s sports.

They argue that transgender girls have a biological advantage over cisgender girls, though others debate that point.

On Wednesday, Oklahoma Governor Kevin Stitt signed a bill into law that prevents transgender girls and women from competing on female sports teams. Flanked by more than a dozen young female athletes, including his 14-year-old daughter Piper, Stitt signed the measure, dubbed the “Save Women’s Sports Act.’’

The Title IX rules are under review at the White House. The next step is a notice of proposed rulemaking, giving the public the chance to comment.

Last summer, the Education Department heard pleas from both sides of the issue of transgender girls and women in sports during public hearings ahead of the rulemaking.

’’Under the Title IX, every student who wants to should be able to play and feel welcome as who they are,’’ Amit Paley, chief executive of the Trevor Project, a suicide prevention and crisis intervention organization for LGBTQ youths, told the department. ‘’By ensuring that LGBTQ young people have access to a welcoming and affirming school environment, the Department of Education can improve student mental health and well-being and ultimately save lives.’’

The department also heard from cisgender women who see transgender women as unfair competition. Cynthia Monteleone, a world champion sprinter and girls’ track coach, spoke about her daughter racing and coming in second place against a transgender girl who had played volleyball as a boy.

She added that she tries to teach the girls she coaches that hard work pays off. “How can I continue to teach this . . . when, quite literally, average boys can change their identity and beat the top female in the competition?’’ she asked.

The issue has been thrust into the headlines by Lia Thomas, a transgender woman who swims for the University of Pennsylvania and this month won an NCAA Division I championship in the 500-yard women’s freestyle. She swam for the Penn men’s team before undergoing more than two years of hormone replacement therapy.

Florida Republican Governor Ron DeSantis responded to Thomas’s victory by declaring the second-place finisher, a Florida resident, to be the “rightful winner.’’ Other Republicans have also staked out strong anti-transgender positions, notably Texas Republican Governor Greg Abbott, who directed state agencies to investigate parents who allow gender-affirming care for transgender children. The state attorney general declared such treatments to be a form of “child abuse.’’