‘Rifleman,’ ‘Cadillac Frank’ face off
Ex-mobster testifies against another one
PREVIOUS IMAGE 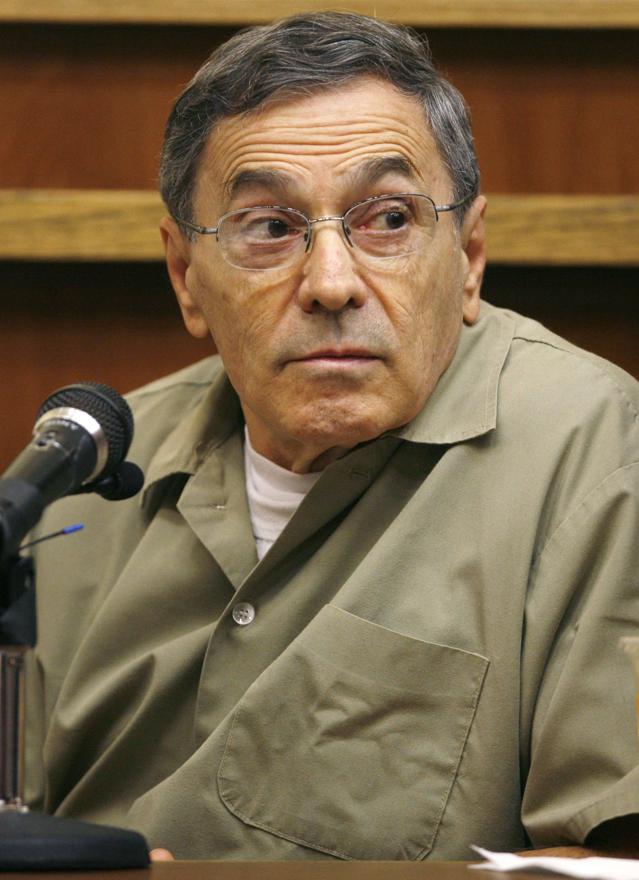 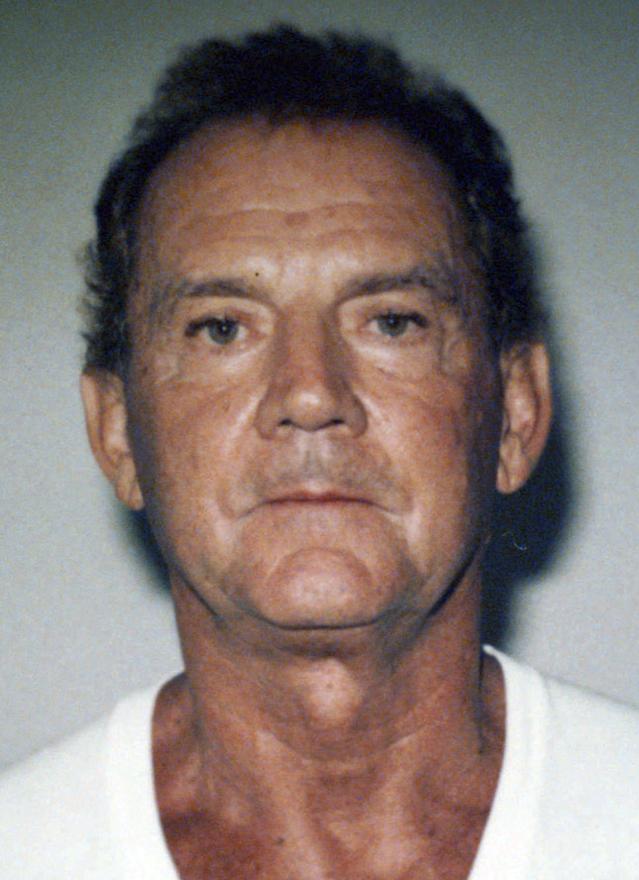 Decades ago, they plotted and killed together, fearsome allies in Boston’s criminal underworld.

But in federal court Wednesday, when the “The Rifleman’’ came face to face with “Cadillac Frank’’ for the first time in 19 years, he couldn’t spot him.

“I don’t know where he’s at; I can’t see anybody,’’ Stephen Flemmi said, scanning the courtroom from the witness stand.

A prosecutor asked the 83-year-old to stand up, take another look.

“I would recognize him if I see him, but I don’t see anybody,’’ said Flemmi, failing again to point out his former cohort, 84-year-old Francis “Cadillac Frank’’ Salemme, seated just steps away at the defense table.

The botched identification punctuated 90 minutes of testimony Wednesday from Flemmi, who recounted his friendship with Salemme, which began in the 1960s and evolved through the decades as they teamed up on murders, extortion, and other crimes.

Salemme and 62-year-old Paul Weadick, a Burlington plumber, are charged with killing South Boston nightclub owner Steven DiSarro in 1993 to prevent him from cooperating with the FBI in an investigation that was targeting Salemme and his son.

The trial is a throwback to an era when Flemmi, Salemme, and James “Whitey’’ Bulger were the most feared organized crime figures in the region. Salemme was the boss of the New England Mafia, Bulger ran the so-called Irish mob, and Flemmi was a go-between and committed crimes with both crews.

On Wednesday, Salemme listened intently to Flemmi and shook his head in disbelief when his former associate failed to identify him.

“He didn’t even recognize me,’’ Salemme, said to reporters after the court proceedings ended. “He’s soft,’’ Salemme said. “He had a stroke.’’

Flemmi, a longtime FBI informant, pleaded guilty in 2004 to 10 murders that occurred in the 1970s and 1980s. He agreed to cooperate with the government and was spared the death penalty, but sentenced to life in prison.

Flemmi testified in Bulger’s racketeering case five years ago that he walked in on DiSarro’s murder at Salemme’s Sharon home on May 10, 1993. Flemmi said Salemme watched as his son, Francis Salemme Jr., strangled DiSarro, while Weadick held his legs off the ground.

On the witness stand Wednesday, Flemmi had yet to talk about the DiSarro killing, but offered a vivid picture of violence, calculated killings, and double-crosses dating back to the gang wars of the 1960s.

He said he met Salemme in 1964, and the two became partners in crime.

Salemme has admitted to participating in eight murders in the 1960s but denies any involvement in DiSarro’s slaying.

In 1968, Flemmi said he and Salemme were involved in a plot to kill an Everett lawyer who was representing a mobster-turned-government witness, by blowing up his car. The lawyer lost a leg, but survived.

The pair went on the run, Flemmi said, after a corrupt FBI agent, H. Paul Rico, warned him, ’’You’d better leave, you’re going to be indicted.’’

Flemmi said he went to Montreal and got a legitimate job at a newspaper. He surrendered several years later when the agent tipped him off that the charges against him were about to be dropped.

Salemme hid out in New York City with other mobsters and was eventually captured. He served nearly 16 years in prison for attempted murder of the lawyer.

During Salemme’s prison stint, Flemmi said that he sent Salemme’s wife $250 a week, and the Mafia gave her money, as well.

“The money kind of dried up,’’ said Flemmi, adding that the Mafia failed to pay its share. At one point, Salemme’s wife said her washing machine and dryer broke. Flemmi said he alerted local mob leaders about the broken appliances, and they sent her $12,000.

Flemmi didn’t talk Wednesday about Salemme’s role in the DiSarro killing, but he did offer details on numerous murders, including one that occurred in Salemme’s Sharon home in 1968.

The victim, Tommy Timmons, called Salemme for help after he was badly beaten by mobsters for robbing a bookmaker’s home, Flemmi said.

“I thought initially they were going to bring him to a hospital,’’ Flemmi said. Instead, a group of mobsters killed Timmons in the basement of Salemme’s home, then buried the body in a wooded area nearby, he said

For the last month, jurors have heard testimony from former mobsters, FBI agents, DiSarro’s relatives, and people who worked with DiSarro at the Channel nightclub.

In 1999, Salemme began cooperating with federal authorities, and his testimony helped send corrupt former FBI agent John J. Connolly Jr. to prison. Salemme was removed from the federal witness protection program two years ago and charged with DiSarro’s murder after his remains were discovered behind an old mill in Providence.

PREVIOUS ARTICLE
Article 38 of 149
NEXT ARTICLE