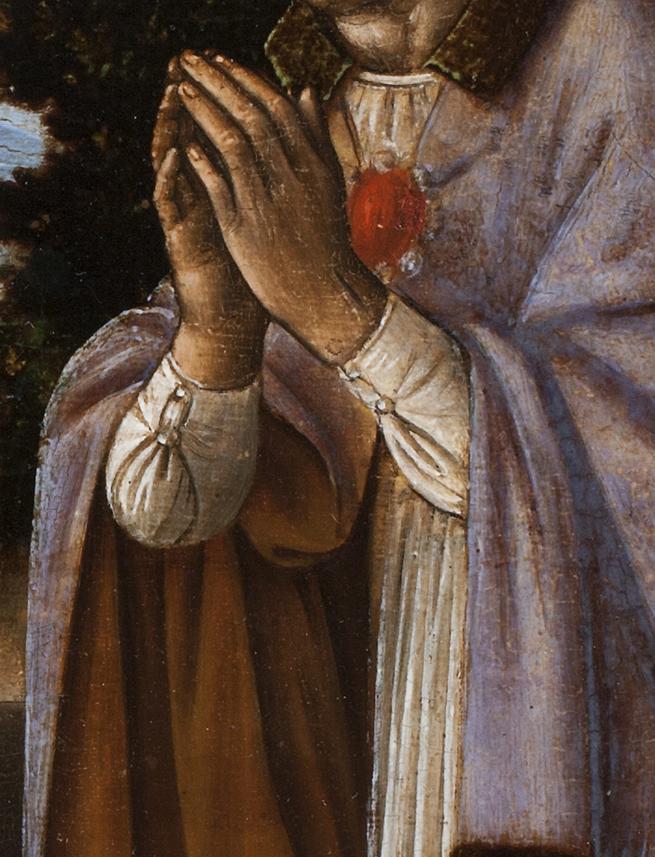 LORENZODI CREDI?The folds, shadows, and highlights of the cloth are schematic. 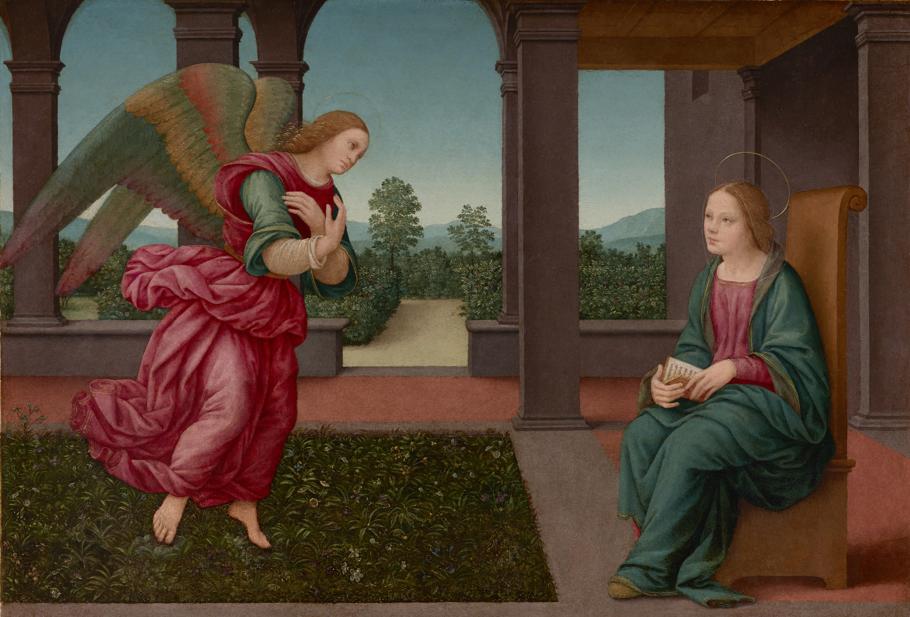 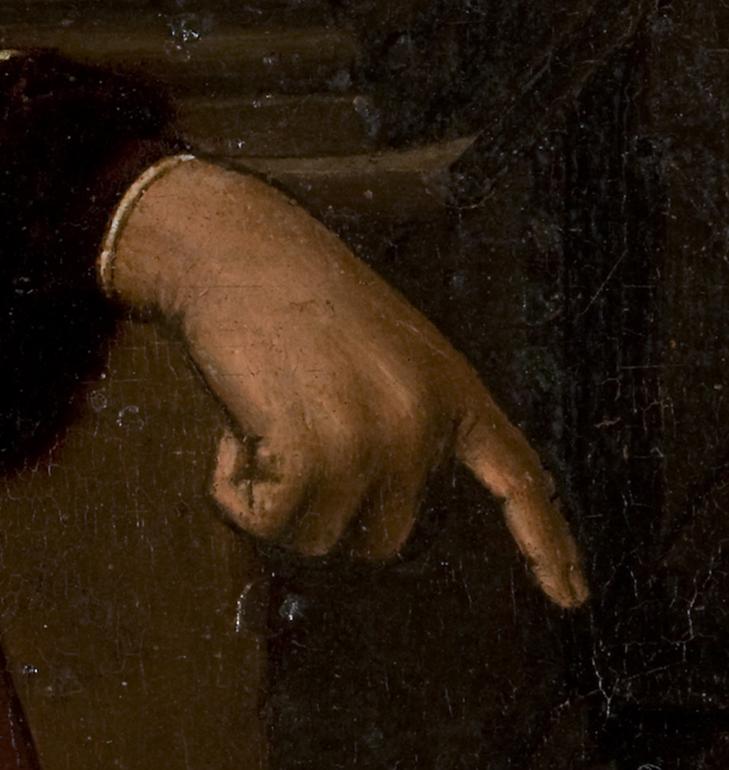 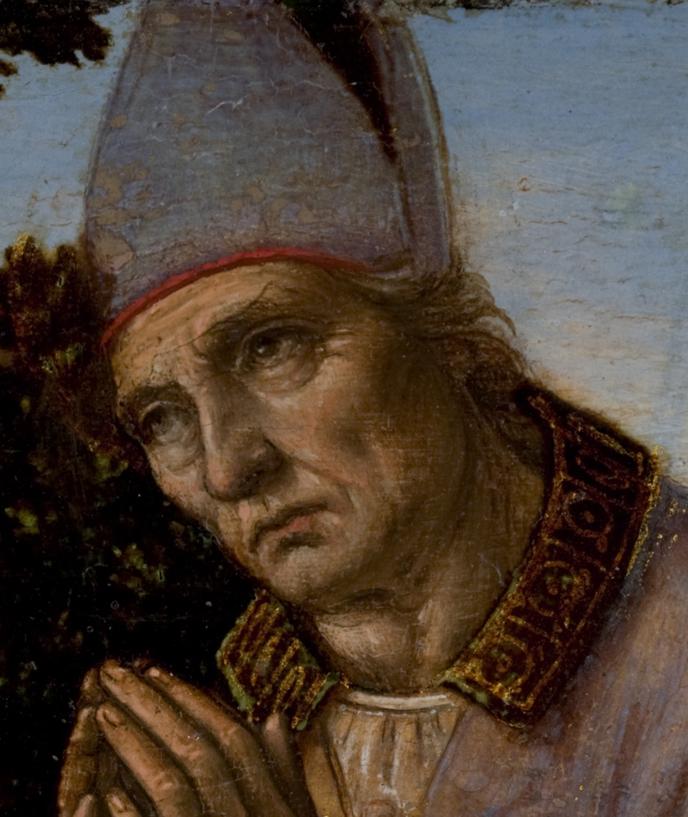 THE MYSTERY OF WORCESTER’S LEONARDO

WORCESTER — When Rita Albertson came to work as a conservator at the Worcester Art Museum in 1993, she believed “A Miracle of Saint Donatus at Arezzo,’’ a small Italian Renaissance painting, had been painted by Lorenzo di Credi, a lesser Florentine artist.

And why not? Lorenzo’s name was on the wall label. Curator Philip Hendy had attributed the work to him in the 1970s.

But that had been a downgrade: Ever since the painting had turned up at a Paris art sale in 1933, it had been thought to have been painted by a young Leonardo da Vinci. Worcester collectors Theodore T. and Mary G. Ellis purchased it and later donated it to the museum.

In 1995, Albertson’s friend Laurence Kanter, now the chief curator at the Yale University Art Gallery, was visiting the museum and the painting caught his eye – especially the clothing around Saint Donatus’s legs.

Could it indeed be the work of Leonardo? Albertson reserved judgment.

“The Mystery of Worcester’s Leonardo,’’ at the museum through June 3, poses that question, and examines the painting in context with two others. The show comes in the wake of the sale last November of “Salvator Mundi,’’ a painting controversially attributed to Leonardo, and in anticipation of a flurry of exhibitions marking the 500th anniversary of the artist’s death next year.

“[Kanter’s question] set off this chain of events,’’ says Albertson, now Worcester’s chief conservator. She’s in the museum’s conservation lab, where the oil painting stands on a small easel on a table in front of her. In good shape on a thick wood panel, it depicts Donatus, known as “the bishop saint,’’ and Eustatius, a tax collector. Donatus has just saved Eustatius’s hide; the holy man’s prayers have uncovered missing tax revenues.

“Saint Donatus’’ is one of three predella panels that once adorned the base of an altarpiece in a cathedral in Pistoia, a town outside of Florence. A second predella panel, “The Annunciation,’’ now in the collection at Musée du Louvre in Paris, has been reunited with “Saint Donatus’’ for this show (the third panel is missing). The paintings are now attributed to both Leonardo and Lorenzo, the Louvre’s more cautiously, citing “the workshop of Andrea del Verrocchio, with the collaboration of’’ the two artists.

Another “Annunciation,’’ wholly attributed to Lorenzo, is on view for comparison’s sake. Even seen in reproduction it’s clear that Lorenzo lacked Leonardo’s knack for expressive faces and shaping with light.

The two were young artists employed at Verrocchio’s workshop when the altarpiece was made, between 1475 and 1479. Lorenzo’s contribution seems certain — certain tics of his appear, such as hooked lines visible in the underdrawing.

But if these works are collaborations, could Verrocchio have contributed?

Verrocchio was better known for his sculptures. The 16th-century art historian Giorgio Vasari wrote that the master, after working side by side with his star student, Leonardo, gave up painting. That may be apocryphal, but it’s clear Verrocchio didn’t paint much.

“We don’t have a clue what he looked like as a painter,’’ says Kanter, over the phone from New Haven.

If not Verrocchio, then who? The altarpiece’s dates place Leonardo at the scene. In 1476, he was charged twice with sodomy. Charges were dismissed, but the court records remain.

“And because of that, thank goodness, we know he was living with Verrocchio,’’ Albertson says. “The commission was going on. It would be willfully negligent not to look for Leonardo.’’

Leonardo was well into his 20s and seven years older than Lorenzo, but he was also nimble, preternaturally observant, and a technical whiz kid. He had a fascination for new methods and materials — like oil paint, which had made a splash in the Netherlands but was only just arriving in Florence, where painters used egg tempera.

“Leonardo learned his own oil technique. Lorenzo did, too, later, but his is always painstakingly drawn,’’ Kanter adds. “He’s essentially coloring within the lines.’’

In an accomplished artist’s hands, oil paint is fluid; it can be scumbled or glazed; it’s a more versatile medium than tempera.

In “Saint Donatus,’’ it appears Lorenzo painted the tax collector’s red robes — the color is hashed in. The folds, shadows, and highlights of the cloth are schematic.

In contrast, Donatus’s garment flows, the result of close observation and a skilled hand. Light rakes across the front of the bishop saint’s cope, making it appear shapely and true. His face is distinctive: etched, weary, sage. It could well be the work of Leonardo.

The hands of both men are intricately described and fluent. Their disproportionate size calls attention to their gestures. Light and shadow plays over them, and both the tax collector and the cleric have one tiny fingertip blazingly struck by light — Donatus’s left thumb, and Eustatius’s left pinkie.

These are the grace notes of a master. Similar tells appear in the Louvre’s “Annunciation’’ predella. The Angel Gabriel has extravagant curls — a Leonardo trademark — and the jonquils in the garden where Gabriel kneels are botanically precise.

Collaboration in workshops such as Verrocchio’s was not uncommon. The studio was a business, churning out fine art. All hands were on deck.

“Everything that emerged from there is collaborative,’’ Kanter says.

The curator will mount “Leonardo: Discoveries From Verrocchio’s Studio,’’ at Yale in June, which examines the role Leonardo may have played in projects such as the Pistoia altarpiece.

Western art history, hungry for a genius auteur, has a habit of ascribing works to individual artists. And when it comes to attribution, Albertson says, “Most art historians look at the weakest things. That’s how they make their judgment.’’

The altar panel that the predellas match, “Madonna di Piazza,’’ still at the Cathedral of Pistoia, is attributed to Lorenzo. Albertson pulls a reproduction out of a folder; the painting depicts an enthroned Madonna, flanked by Donatus and John the Baptist. An intricate Persian carpet drops down steps at Mary’s feet, and its tassels dangle over the edge near where John the Baptist and Donatus stand.

“This is extraordinary, the way the light is observed on these tassels,’’ Albertson says. “The whole carpet is exquisite. How could they say it’s Lorenzo? It’s not him.’’

“The fringe is breathtaking, and well beyond the capacity of Lorenzo or Verrocchio,’’ says Kanter. “People ask, ‘Why would an artist of genius bother to paint that?’ That’s a modern prejudice. For Leonardo, it was the challenge of making that pattern work in perspective.’’

Over more than two decades, Albertson studied, developed an eye, and grew more discerning. Now she agrees with Kanter’s position about “Saint Donatus.’’

“It takes a while to change your mind. I was told it was something else,’’ she says. “Like Lorenzo, I was obedient.’’

THE MYSTERY OF WORCESTER’S LEONARDO

PREVIOUS ARTICLE
Article 112 of 215
NEXT ARTICLE