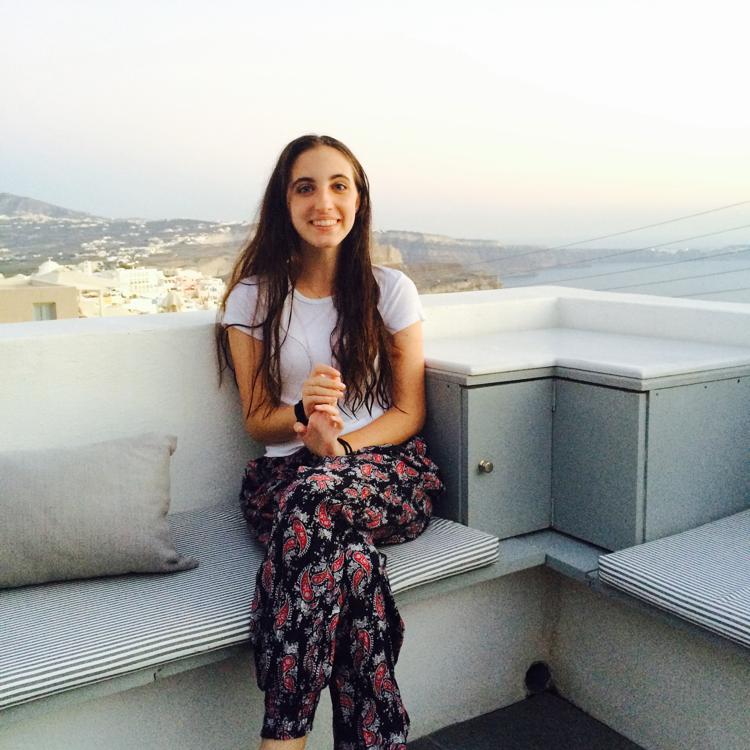 At age 15, Abby Richmond of Newton has been volunteering and donating to charities for more than half her life.

Her most recent philanthropic effort is her fourth self-published book, “The Bell Sisters’ Discovery,’’ which has raised more than $800 since it was released last fall. Proceeds benefit She’s the First, a New York-based nonprofit organization providing scholarships to girls in developing countries with the goal of creating first-generation graduates who can improve their lives through education.

In the book, the four Bell sisters are spending the summer in the mansion of an early 20th century author when they discover the former owner’s previously unknown diary. As they read it, the author’s experiences provide insight for each of the girls as they struggle to overcome problems.

Richmond said she got the idea for the story from her special interest in that time period. The characters are fictional composites of figures from books she loves and people she knows.

In total, Richmond said she has raised $6,000 through the sale of her books. She also wrote “Very Berry’’ in 2010 to benefit Reading Is Fundamental; “Starring Eliza’’ in 2011 to raise funds for the Nature Conservancy; and “Beatrice’s Fortune’’ in 2013 to benefit the Music & Youth Initiative.

“It’s so rewarding to be able to turn my passion for writing into something that helps other people and causes I feel strongly about,’’ she said.

In addition to her books, Richmond writes a monthly blog on feminism, pop culture, and Judaism for the Jewish Women’s Archive as one of a dozen girls selected nationwide last September for a yearlong fellowship. At Newton North High School, where she is a sophomore, Richmond is a member of the feminism club.

In addition to raising awareness of social justice issues, Richmond hopes to inspire other teens to follow their own aspirations.

“If kids have a passion for something, they should make the most of it,’’ she said, “not let anyone tell them they’re too young, or their goal is too big. Because they can totally do it.’’

Cindy Cantrell may be reached at cindycantrell20@gmail.com.

PREVIOUS ARTICLE
Article 220 of 228
NEXT ARTICLE