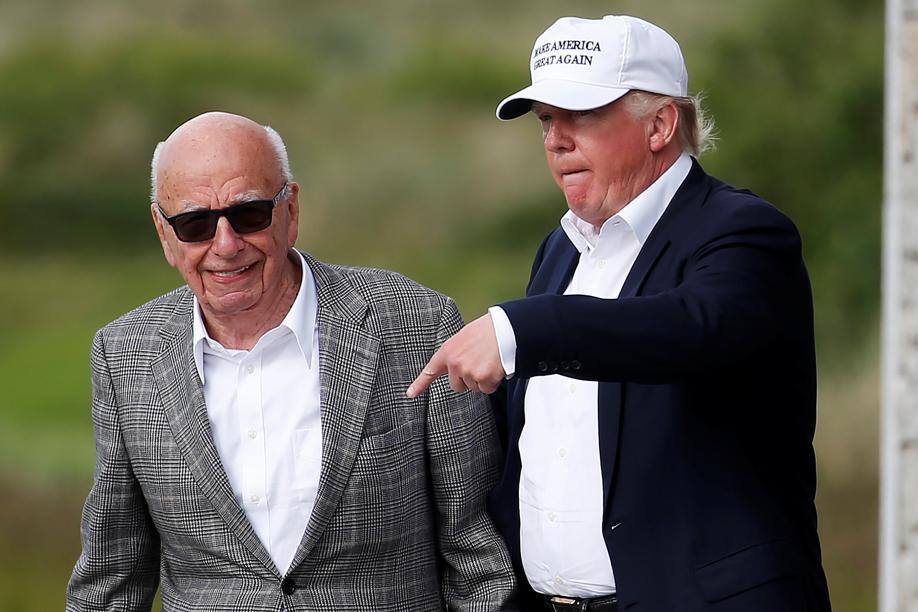 I’ve been thinking a lot lately about the invisible web of coincidence in which we live — how small random things lead to medium-size things that lead to monumental things that we assume happened for a reason and probably didn’t. What some people call the Butterfly Effect. My mind’s been going macro in this strange, strange season, and macro can get weird.

For instance: If the unthinkable comes to pass and Donald Trump really does become president of the United States, you might cast the blame on the voters of America, or the Republican party, or Hillary Clinton’s unlikability index. But the person most responsible might actually be Lionel Logue, the speech therapist who famously treated George VI of England during the 1930s. That’s right, the guy who was played by Geoffrey Rush in the 2010 Oscar winner “The King’s Speech.’’

Wait, what? There’s a story here, obviously, and it was told to me several years ago by Joe Morgenstern, the movie reviewer for The Wall Street Journal. Joe’s a lovely man and a great critic; we run into each other when we both manage to get to the annual meeting of the National Society of Film Critics in New York. (Yes, that’s a thing. No, we don’t wear ascots.) This is Joe’s anecdote, and it’s a good one, but since he already wrote about it himself a while back, he’s given me the OK to pass it on to you.

Working for the Journal, Joe gets a call once or twice a year to have lunch with the boss, Rupert Murdoch. They’re about the same age, and maybe Murdoch likes some downtime with a generational peer. Anyway, Joe and Rupert go out to lunch late in 2010, and Rupert asks if there are any decent movies playing in theaters at the moment — please note, this is a man who owns a film studio. Joe says, “Sure, ‘The King’s Speech’ is pretty good. It’s about the speech therapist who cured King George VI of his stammer.’’

Joe shoots him a quizzical look and the boss explains. When Murdoch’s father, Keith Murdoch, was a young man in Melbourne, in the first decade of the 20th century, a heavy stutter made it impossible for him to pursue his dream of becoming a reporter. Murdoch Jr. says his dad became an early patient of Logue, who wouldn’t emigrate to England until the 1920s, and was cured of the speech defect within a year. This allowed him to go on to a successful career as a journalist, editor, and newspaper owner. He ultimately became Sir Keith Murdoch, an aggressive (and conservative) Australian media magnate, and when he died, in 1952, his 21-year-old son Rupert took over the family business, News Limited, and built it into the News Corporation, the global colossus it is today. “Lionel Logue saved my father’s life,’’ Murdoch told Morgenstern.

In Joe’s story, Logue is the butterfly. If you remove the king’s therapist from the equation, Keith Murdoch goes on to work in, I don’t know, waste management, his son either takes over that business or goes off and becomes a butcher or a banker, and our media landscape and cultural reality look so different that the mind starts to bend into infinity loops just thinking about it.

Because there’s no News Corporation, someone else buys 20th Century Fox from oilman Marvin Davis in 1984. Someone else buys the Metromedia broadcasting company in 1985. The pieces of the empire remain separate. “The Simpsons’’ and “The X-Files’’ don’t exist because there’s no Fox TV. The phrase “d’oh!’’ never enters the English language. James Cameron makes “Titanic’’ and “Avatar’’ at some other studio, if he makes them at all.

Most of all, there’s no Fox News Channel.

Imagine that. Imagine an America 20 years after Rupert Murdoch didn’t go to Roger Ailes, who’d just left an early iteration of MSNBC, and ask him to start a new 24-hour news channel to counter what both men perceived as liberal media bias, unexamined or not, with a conservative media bias that was very much intentional, despite the claim of “fair and balanced.’’

Would there still be partisan rancor? Of course there would. Would the cultural divide between Red State and Blue State, left and right, conservative and liberal exist? Obviously. But the arguments might be more rational and measured instead of defensive, accusatory, cartoonish. People might still be able to hear each other instead of just screaming at each other.

Without Fox News having amplified and distorted conservative discontents in an aggrieved 24-hour echo chamber, and without the channel’s cultural brinksmanship spreading across the land via armed social media bunkers, I don’t think the Tea Party would have happened. I don’t think the Capitol Hill stalemate would have happened. I think Merrick Garland would be on the Supreme Court.

And I think Donald Trump would still be a short-fingered vulgarian who once had a popular TV show, not a man who, it was recently reported, asked three times in an hourlong briefing session whether the president really gets to use the nukes.

Here’s what Murdoch and Ailes failed to realize. When you demonize your opponents for who they are rather than argue with what they believe, when you sell simple anger as the answer to complicated questions, and when you stoke the most paranoid fantasies and fears of your audience, you create a body politic that acts on its emotions rather than thinking with its head. And — no surprise — that’s the kind of candidate you get, too, whether you want him or not.

There’s a lot of blame to go around, and some of it involves looking in the mirror. The left has gotten good at the game, too, partly as a defensive reaction and partly because there are ideologues at both ends of the spectrum. But I mostly fault Murdoch and two decades of Fox News for the desperately riven place our country finds itself in today. He built the most popular news channel in America, it insists we’re at war with ourselves, and because the message is on TV, millions believe it’s true.

But I’m still not letting Lionel Logue off the hook. In fact, if I had a time machine, I might dial back to Melbourne when Papa Murdoch was in diapers and pay Logue to move to England a few decades ahead of schedule.

Who knows what alternate reality I’d find when I came back to 2016. But could it be worse than the one we have now?

PREVIOUS ARTICLE
Article 152 of 231
NEXT ARTICLE