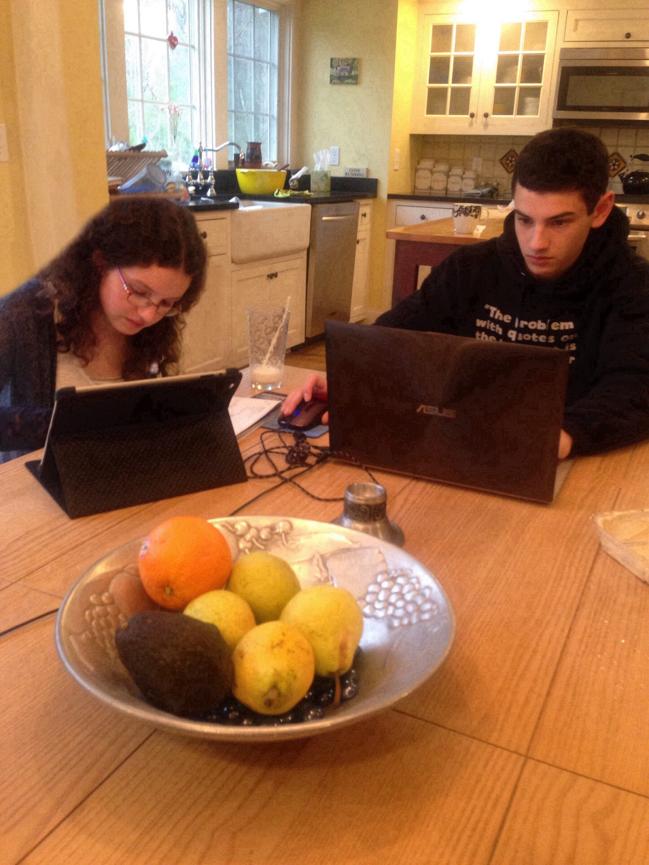 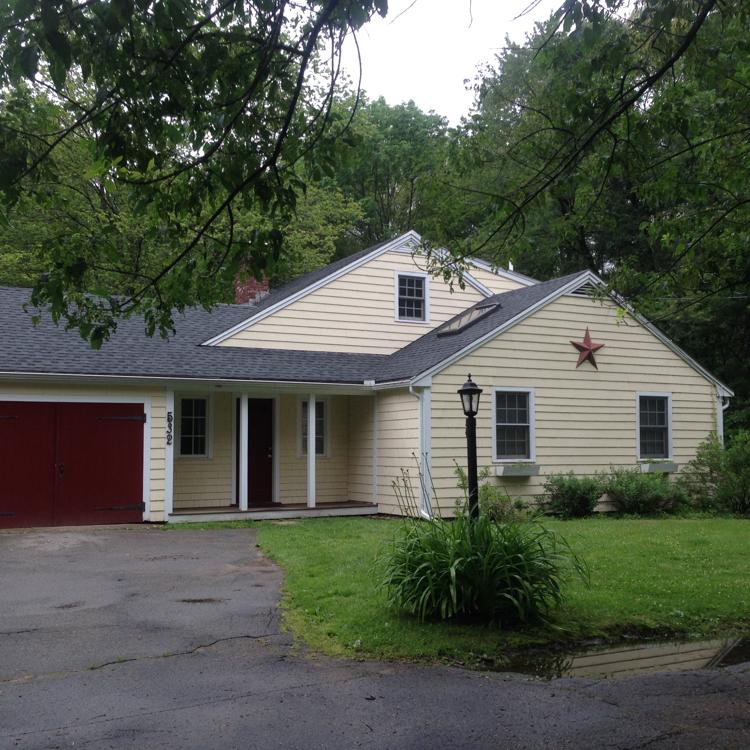 Pictures of our home will never appear on Pinterest as part of the tiny-house movement. At 2,000 square feet, it would be considered spacious in many parts of the country. In various parts of the world, for that matter, merely having four walls, a roof, and running water would represent unimaginable luxury. With two stories, three bedrooms, and a well-equipped kitchen, the four of us are not exactly roughing it.

But when we bought it last summer, it was the smallest house on the market in our town. We happen to live in one of the Boston suburbs known for its large houses. And we’ve lived in large houses. We’ve had the his-and-hers home offices (despite the fact that I usually ended up working at the kitchen table), the guest room (whose constant vacancy revealed to us how few people wanted to visit us), the dining room (which we ate in only with company), the formal living room (which I tended to see only when I was dusting).

This little bungalow is less than half the size of either of our two previous homes. And each member of our family agrees: We’ve never been happier.

Our friends who live in homes with media pits, butler’s pantries and au pair suites drop by to ogle at our small house: its compact use of space, its lack of unnecessary rooms. One neighbor who lives in a quintessential McMansion confided that he wishes he could just chop a couple of rooms off his house. Our realtor told us that most of her clients wish they had 500 square feet less.

“Everyone talks about it,’’ I think to myself just a little bit smugly, “but we actually did it.’’

I’ve learned a lot about fitting into a smaller space in the past six months. Instead of a room for everything, we now have rooms that multitask for us. We can transform the kitchen into a dining room merely by setting the table with the formal china. My home office, which in our previous house was a quiet, well-furnished room at the far end of a hallway, is now a corner of our bedroom with a desk and armchair. Instead of a laundry room, our washer and drier are in the downstairs bathroom, which inspires me to sort and fold the laundry as soon as it’s done, since there’s no place to put it while procrastinating.

We gave things away when we moved, too. With only a crawl space for an attic and a basement too damp for storage, if we couldn’t find a place for it in our new house’s living space, it couldn’t stay. Sets of coffee mugs and extra crockery went to college students; young adults furnishing their first apartments helped themselves to our kitchen gadgets; friends took framed prints and knickknacks for their vacation cottages. The rest went to a charity that does curbside pickup.

Ultimately, though, this isn’t about practical household tips. It’s about a different philosophy for living. I can’t quite explain why our family is more relaxed and harmonious in our new house, except perhaps the simple reality of forced proximity. When no one can retreat to a game room or study three floors up, everyone tries harder to get along. The kids do their homework elbow to elbow at the kitchen table. I use my treadmill next to the couch where my husband is watching the news. It feels good to have my family so close around me. I’ve traded empty echoing spaces for the sounds of showers running, computer games, the refrigerator opening, someone playing with the dog. The sounds of a family, going about daily life.

It won’t be this way forever, of course. Our older child is already less than two years from high school graduation. If both the kids follow a traditional educational timeline, we will, in fact, be empty nesters in just five years or so.

It’s not something I’m looking forward to. But it’s not something to dread either. We’ve all drawn closer these past few months, and hopefully we’ll continue to do so in the time we continue living together. And once the kids are on their way, we can watch our friends making decisions about downsizing, while we sit comfortably in our little house, all unpacked, organized, and secure in the knowledge that we never really needed the exercise room or the butler’s pantry after all.

Nancy Shohet West is a free-lance writer living in Carlisle. She can be reached at nancyswest@gmail.com.

PREVIOUS ARTICLE
Article 220 of 232
NEXT ARTICLE