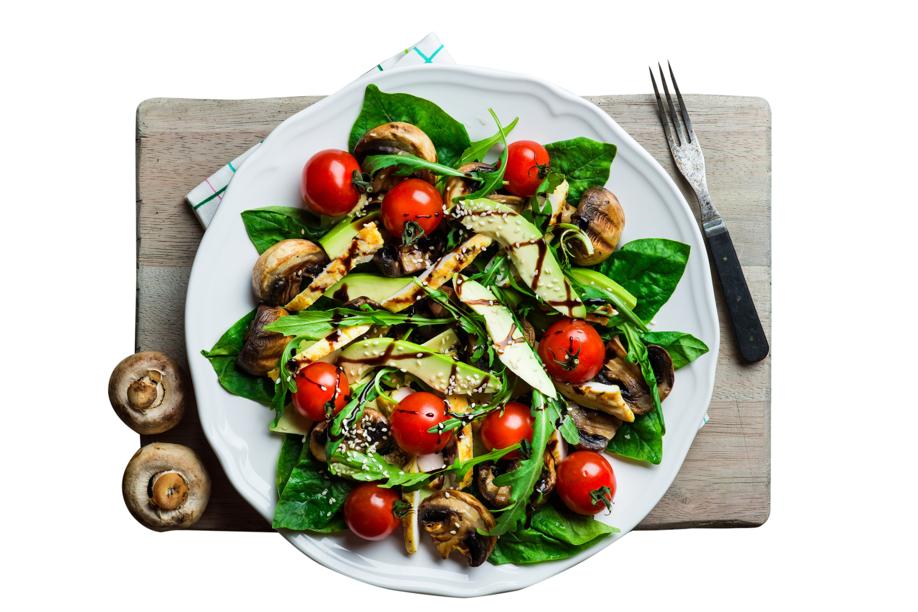 Are you allergic to peanuts or sea creatures? A carry-it-with-you device may soon help screen the food you’re about to eat to make sure it’s safe. (Fotolia) 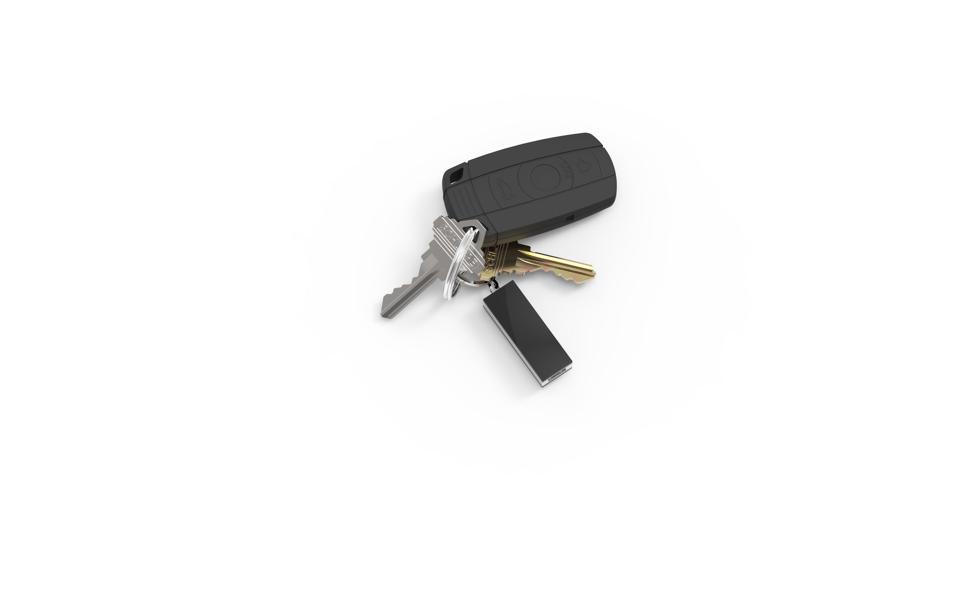 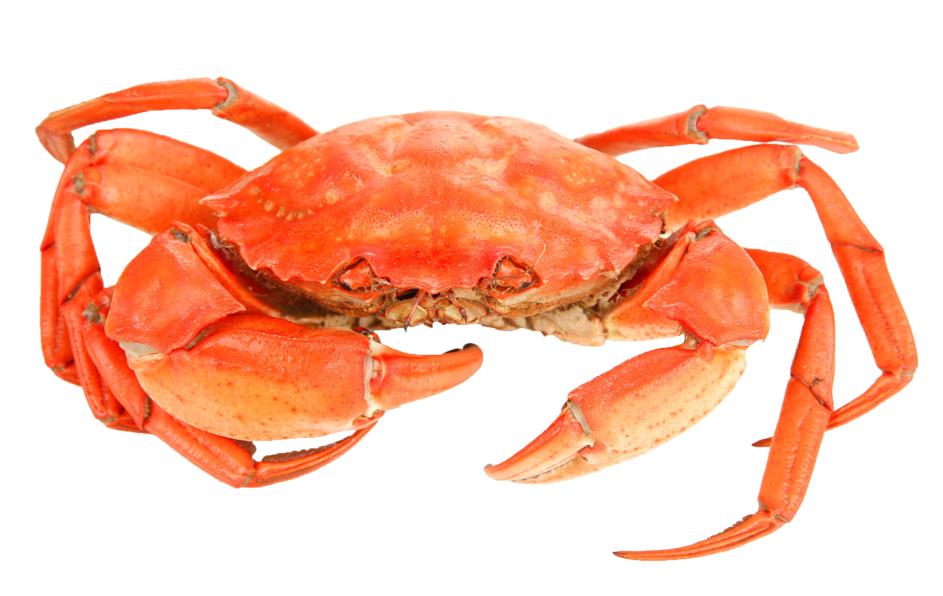 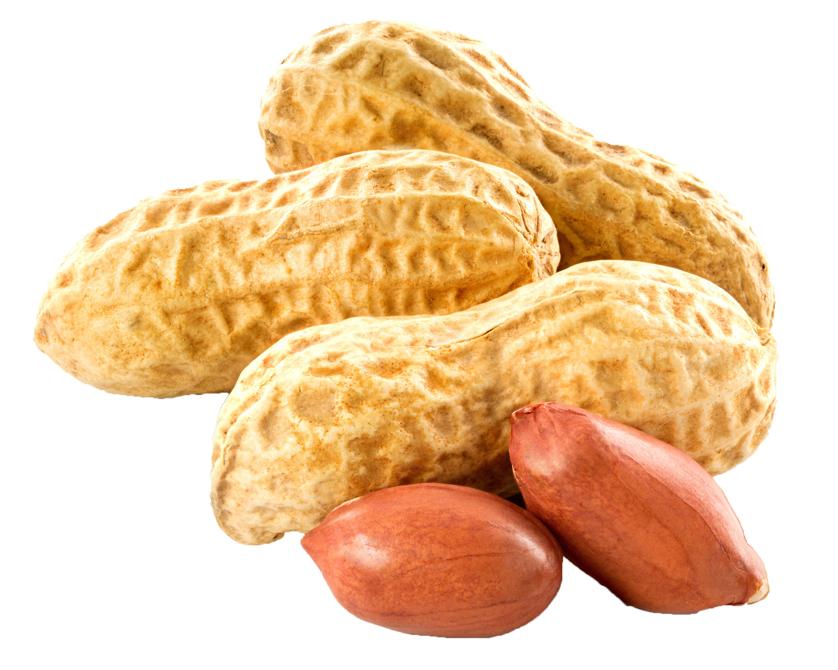 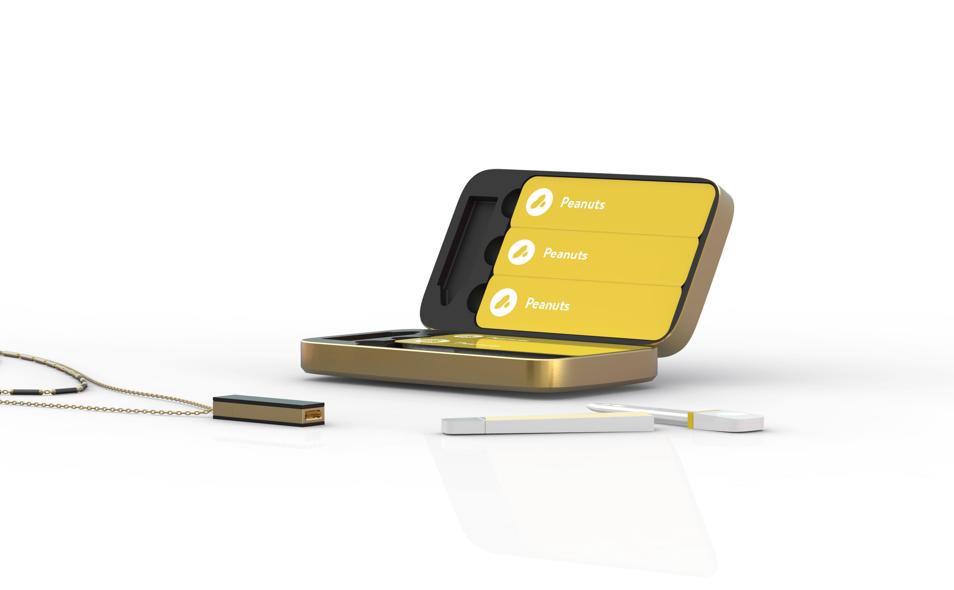 For those who suffer from food allergies, a simple trip to a birthday party or barbecue is fraught with anxiety. The same questions arise: Can I eat this? Should I trust my neighbor’s word? Is this cupcake worth risking my kid’s life?

As more Americans are diagnosed with food allergies — as many as 15 million and counting — there’s a growing consensus that the research has not kept pace. In November, the National Academies of Sciences released a damning report warning that “insufficient or inconsistent data and studies’’ have left the allergic casting about for answers.

Faced with those challenges, several Boston companies, many with ties to the area’s academic and medical centers, have launched non-medical alternatives to help allergy sufferers better maneuver through life.

In a Lowell laboratory, scientists are working to develop a wearable device that could help detect the presence of peanuts or other allergens in food. In a Milton living room, a dietitian conducts regular video chats with families in New York and California, offering guidance and recipes that help them manage their children’s dietary restrictions. And in an office in the Fenway, engineers are designing gaming apps to help children learn techniques for using Epi-pens.

Lesley Solomon is a parent of a child with severe allergies, cofounder of the new Food Allergy Science Initiative at the Broad Institute, and executive director of the Innovation Hub at Brigham and Women’s Hospital, where she helps doctors and researchers commercialize their work. She said she appreciates the part startups can play in advancing health care and has been inspired to see local companies offering stopgaps to address disconnects within the health care system.

“Everyone knows someone with a food allergy,’’ Solomon said.

And that, in part, has created a marketplace that didn’t exist 20 years ago. “For anyone with a business mind who’s entrepreneurial, they’re saying ‘What can I do to be supportive in this space?’ ’’

Many company founders have allergies of their own. Allergy Amulet chief executive Abigail Barnes has lived her entire life worrying about exposure to peanuts, tree nuts, and shellfish. Eventually, the lawyer-cum-entrepreneur worked with a Dartmouth College chemistry professor to design a USB-size charm that provides “a rapid, portable, point-of-consumption food allergy detection device.’’

The company, a MassChallenge­ finalist, recently raised $1.5 million from investors. Its scientists are based at the University of Massachusetts Lowell and draw on advisers from throughout Boston’s health care community.

The key for many of these companies was to focus scientific efforts on helping families deal with the complexities of living with allergies.

Tara McCarthy is a dietitian specializing in allergies at Boston Children’s Hospital. After watching families leave her clinics feeling overwhelmed, she cofounded Kindrdfood, an online portal that connects patients with dietitians who conduct video consultations via conference calls.

“Each person is really doing what they’re supposed to do ­— the doctor is doing this piece and the allergist is doing theirs — but families are still struggling to connect all those pieces,’’ McCarthy said.

Researchers from Boston Children’s Hospital have also partnered on work for Wizdy, a series of gaming apps to help children learn about Epi-Pens and asthma inhalers. And the AllerPal app, developed by Elizabeth Luce of Sherborn, allows parents to share their children’s emergency treatment plans with caregivers.

And then there are the companies working to prevent allergies in the first place. At Antera Therapeutics, scientists created a product that allows parents to administer small doses of peanut protein to their infants, a technique recommended by doctors to help build up a child’s tolerance.

Some do express concern that companies are taking advantage of, rather than allaying, people’s fears about allergies. Antera, for example, has faced some blowback for the $165 price of its three-month peanut-introduction kit for infants. The company’s founder, Clarence Friedman, argues the kits are designed to help alleviate anxiety in families with children who are at high risk.

“We are excited to continue to offer solutions that provide options for families to do early introduction in a structured and convenient way for less than $2 per day,’’ he said.

But developing a device like the Allergy Amulet to help detect the presence of allergens presents a huge liability, should it fail to deliver and put someone at risk, says Paul Beninger, who runs the joint MD/MBA program at Tufts Medical School, and who worked at the Food and Drug Administration in the early 1990s.

“The problem you’re really concerned about is false negatives,’’ he said.

And because the FDA has taken a hands-off approach to wearable devices like the FitBit, he worries that device companies targeting food allergies will operate without appropriate oversight. “If you have good lawyers and they don’t make a claim, you’ll be able to sidestep the FDA,’’ he said.

Wesley Burks, a physician who runs the Food Allergy Institute at the University of North Carolina and helped author the critical National Academies of Sciences report, said that most solutions offered by startups are incremental. And he doesn’t see a single company being able to take on the “big-picture issues’’ and answer why we’re seeing an uptick in allergies.

Solomon agreed, noting that many companies merely offer work-arounds for people seeking to avoid certain foods. “I challenge the startup world to come up with a better diagnostic,’’ she said.

Still, she believes entrepreneurs can help push the needle toward more comprehensive care. “The ecosystem here is ripe, from a scientific perspective, an entrepreneurial perspective, and even from a funding perspective,’’ Solomon said. “You have driven parent advocates here and driven entrepreneurs. We’re trying to solve problems, and we’re in the right place to do it.’’

PREVIOUS ARTICLE
Article 61 of 126
NEXT ARTICLE