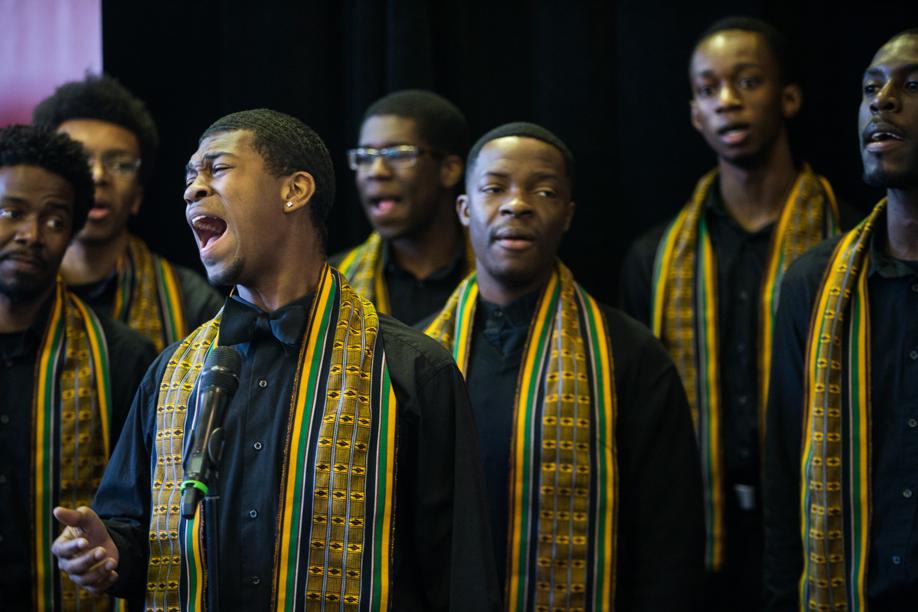 Harvard College’s Kuumba sang at the ceremony where the plaque commemorating four slaves who served in the Wadsworth House was unveiled Wednesday. (Photos by Keith Bedford/Globe Staff) 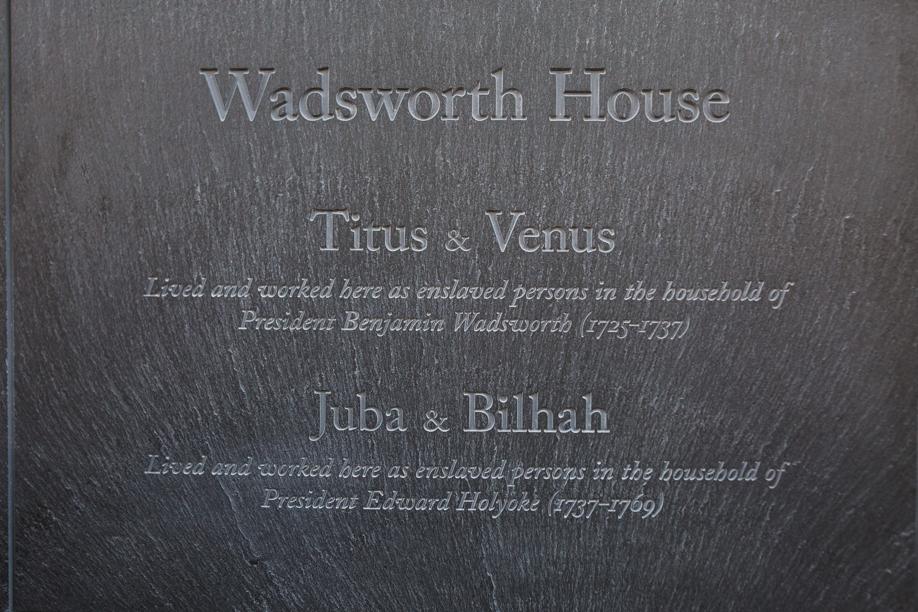 CAMBRIDGE — Harvard president Drew Faust unveiled a plaque Wednesday to honor four slaves who worked at the school in the 1700s, part of a new push by the college to acknowledge slavery’s role in its history.

Faust was joined by US Representative John Lewis of Georgia, a civil rights leader who said the best way to cleanse the country of slavery’s stains is not to wipe out its traces but to acknowledge them.

The ceremony came a week after Faust wrote an op-ed in the Harvard Crimson that the “presence and contributions of people of African descent at Harvard have remained a largely untold story.’’ She has set up a committee to advise her on additional ways Harvard should remember its ties to slavery and plans to hold a conference on slavery at Harvard soon.

“Harvard was directly complicit in America’s system of racial bondage,’’ said Faust, a Civil War historian who grew up in Virginia.

After the speeches, Faust and Lewis unveiled the gray plaque on the outside of the Wadsworth House, the past home of Colonial-era university presidents. The plaque honors four slaves, Titus, Venus, Juba, and Bilhah, who worked in the house. It is likely that others worked at Harvard, but the plaque honors four whose names are known, she said.

“We name the names to remember these stolen lives,’’ Faust said.

The event comes the same semester the Harvard Law School vowed to change its seal to remove the coat of arms of a slave owner. That change came after student protests.

The event drew about 100 attendees, including Henry Louis Gates Jr. and the authors of “Harvard and Slavery,’’ a booklet published in 2011 by two professors and a group of students.

Faust said she has been considering honoring slaves at Harvard for a while but was propelled to action by national conversations about slavery and race this year and also by a piece she wrote in December about John Hope Franklin, a historian who wrote about slavery and racial equality and received his doctorate degree from Harvard in 1941.

In the crowd at the unveiling Wednesday was Jonathan L. Walton, a Harvard Divinity School professor and minister at Harvard’s Memorial Church.

Walton said the memorial is overdue but important.

PREVIOUS ARTICLE
Article 57 of 137
NEXT ARTICLE