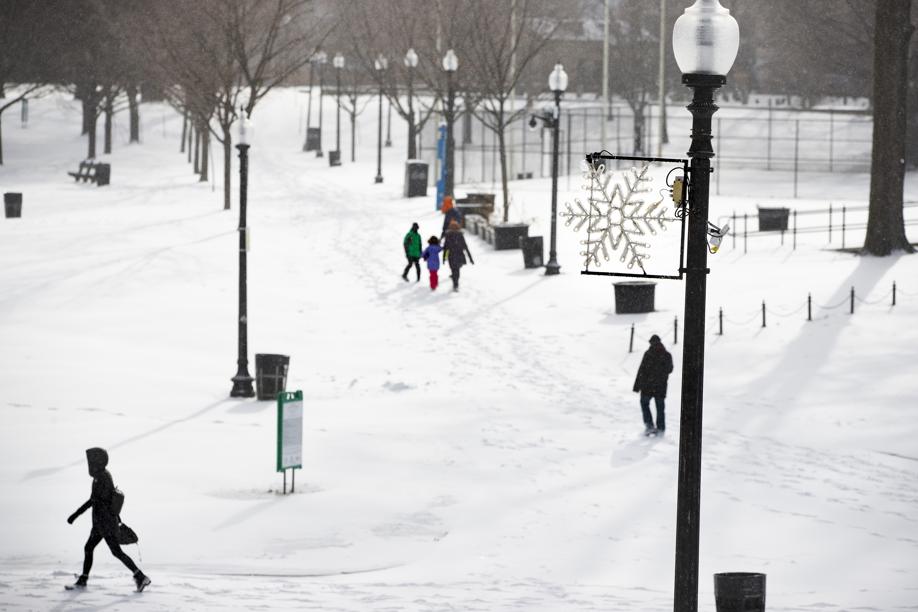 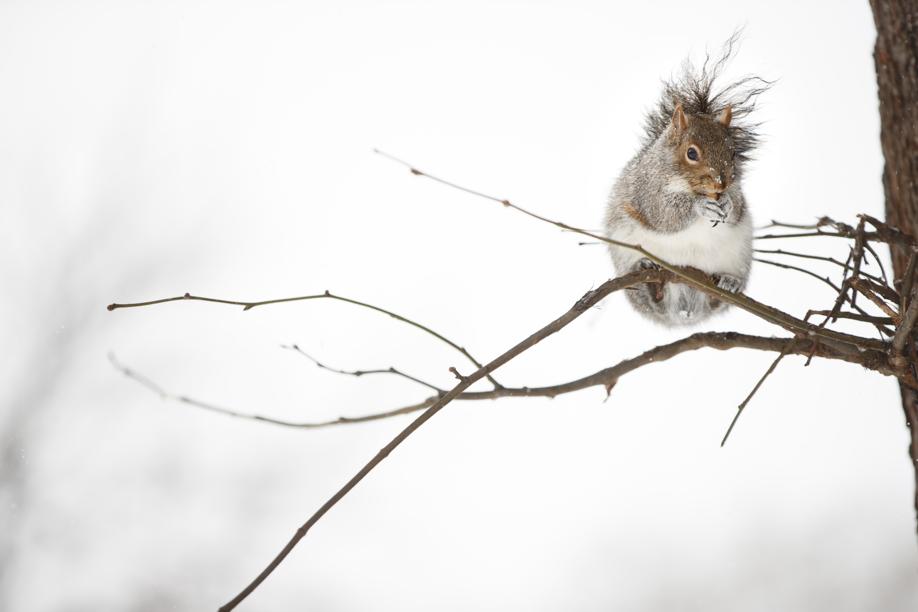 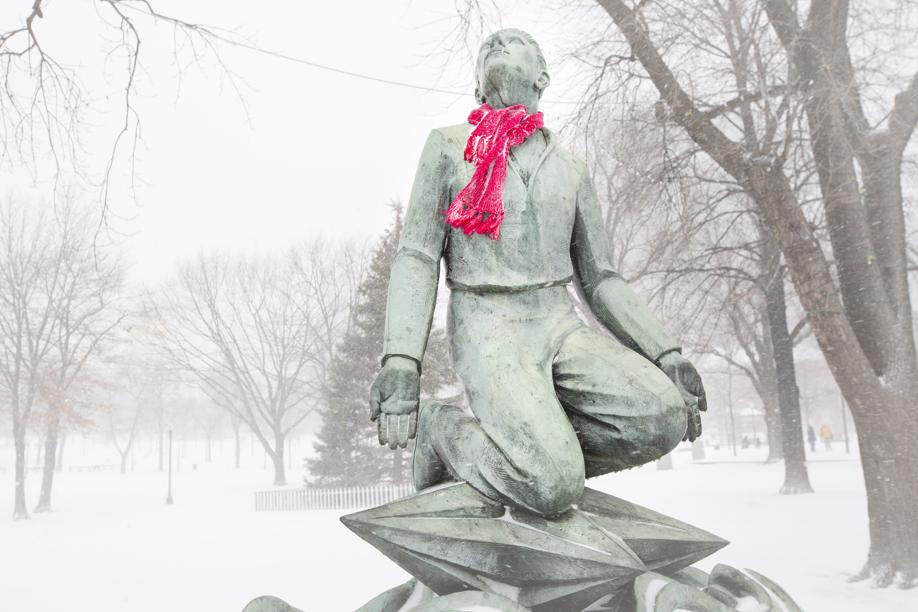 The snowstorm created whiteout conditions for a time in downtown Boston, then left a pretty canvas on Boston Common. Someone was kind enough to wrap a scarf around a statue’s neck; a squirrel appeared to be well-fed for the long winter. Charlotte Dangel, 12, of Milton, took a tumble while sledding at Presidents Golf Course in Quincy.
By Joshua Miller
Globe Staff

It was a white Christmas for millions across the region, as snow blanketed New England. But it was a blackout Christmas — twinkling lights gone dark — for about 20,000 people in Massachusetts who lost power.

High winds lashed coastal Massachusetts, and the National Weather Service issued a high-wind warning for Cape Cod and the Islands, predicting winds of 30 to 40 miles per hour with gusts up to 65 m.p.h.

In Boston on Monday morning, power remained on, but the driving wind and heavy snow made the weather outside frightful — and left downtown almost completely deserted, but for a few workers in neon jackets shoveling walkways.

“Due to a quick change in temperature this morning, our crews were not able to keep up with the snow,’’ Massport spokeswoman Jennifer Mehigan said. “It is helpful that there is a light schedule today.’’

But by 11:30 a.m., Mehigan said Logan had reopened a runway, and flights were beginning to move.

Andrea Hines, a 49-year-old heading home to South Carolina, said her flight was still set to leave on time. Hines, who grew up in the Boston area, said, “There’s no airport I would rather fly out of in bad weather than Logan.’’

But asked as she sat by a check-in counter if a flight delay would be worth it to have seen a Boston white Christmas for the first time in years, she laughed.

Some users on Twitter reported long delays sitting on JetBlue flights at Logan. A spokesman for the airline, Brian Mazur, did not directly respond to a question about how long passengers were languishing as they awaited departures from Boston.

However, Mazur did say, “Some flights in and out of Boston Logan are currently experiencing delays. There have been no cancellations so far, and we are working to get customers to their final destinations as soon as possible for the holiday.’’

Downtown, by afternoon, the weather had cleared and tourists were reveling in the White Christmas scenery. The storm had dropped about 3 inches on the city.

Manchester, N.H., residents Danica Gernale and her husband were visiting Boston for the first time — staying in a hotel and making a vacation of it.

She laughed posing for a photo in front of the Samuel Adams statue by Faneuil Hall and said they were delighted the rain had changed to snow.

“We like it a lot,’’ she said, walking through the snow under sunny, blue skies.

And forecasters said the bad weather — which dumped as much as 7 inches of snow on some parts of Greater Boston — has moved on for good.

Still, officials warned motorists to take it easy on the roads because of ice. The speed limit on the Massachusetts Turnpike was reduced to 40 miles per hour because of the weather, according to State Police.

And Vallier-Talbot cautioned that chilly temperatures are here to stay at least until New Year’s Day: “Long range, it looks like it’s going to be really cold.’’

Which made it doubly good news that power was back on for many, with only 8,300 customers across Massachusetts still in the dark by 5 p.m.

PREVIOUS ARTICLE
Article 35 of 114
NEXT ARTICLE