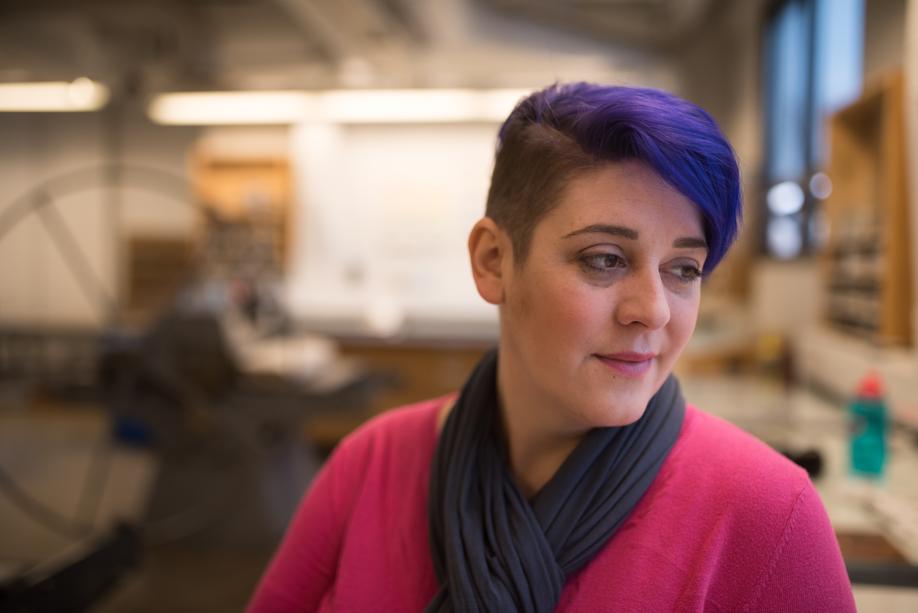 Colleges across the country are failing to keep up with a troubling spike in demand for mental health care — leaving students stuck on long waiting lists for help.

STAT surveyed dozens of universities about their mental health services. From major public institutions to small elite colleges, a striking pattern emerged: Students often have to wait weeks just for an initial intake exam to review their symptoms. The wait to see a psychiatrist who can prescribe or adjust medication — often a part-time employee — may be longer still.

Students on many campuses are so frustrated that they launched a petition last month demanding expanded services. They plan to send it to 20 top universities, including Harvard, Princeton, Yale, MIT, and Columbia, where seven students have died this school year from suicide and suspected drug overdose.

“Students are turned away every day from receiving the treatment they need, and multiple suicide attempts and deaths go virtually ignored each semester,’’ the petition reads. More than 700 people have signed; many have left comments about their personal experiences trying to get counseling at college.

“I’m signing because if a kid in crisis needs help, they should not have to wait,’’ one wrote.

STAT requested information from 98 campuses across the country and received answers from 50 of those schools. Among the findings: At Northwestern University, it can take up to three weeks to get a counseling appointment. At Washington University in St. Louis, the wait time runs nearly 13 days, on average, in the fall semester.

At the University of Washington in Seattle, delays in getting care are so routine that the wait time is posted online; it’s consistently hovered between two and three weeks in recent months. In Florida, where educators are pressing the state Legislature for millions in new funding to hire counselors, the wait times at University of Florida campuses can stretch two weeks.

Smaller schools aren’t exempt, either: At Carleton College, a liberal arts campus in Northfield, Minn., the wait list can stretch up to 10 days.

A few weeks’ wait may not seem like much. After all, it often takes that long, or longer, for adults to land a medical appointment with a specialist. But such wait times can be brutal for college students who may be away from home for the first time, without a support network, and up against more academic and peer pressure than ever before. Every class, every meal, every party can become a hurdle for students struggling with eating disorders, depression, and other issues.

Many counseling centers say that they are often overwhelmed during the most stressful times for students, such as midterms and finals. Creighton University in Omaha, for example, reports a wait time of up to a month during busy periods.

In most instances, STAT’s examination found, students who say that they are suicidal are seen at once, and suicide hot lines are available for after-hours emergencies. But some students are uncomfortable acknowledging an impulse to harm themselves, and thus get pushed to the end of the line, along with undergrads struggling with concerns ranging from acute anxiety to gender identity issues.

Campus counselors are acutely aware that they’re leaving students stranded but say they don’t have the resources to do better.

“You’re making sure people are safe in the moment,’’ said Ben Locke, who runs a national college counseling network and directs counseling services at Pennsylvania State University. “But you’re not treating the depression or the panic attacks or the eating disorders.’’

‘I just couldn’t hang on’

Constance Rodenbarger, now in her third year at Indiana University, first sought help at the counseling center in her second semester, as she struggled to deal with an abusive relationship on top of long-term depression. The next appointment was at least two weeks away.

“I was just looking at that date on the calendar and thinking, ‘If I can just make it one more day,’ but then it became just one more hour, and then one more minute,’’ she said.

The day before her appointment, on Nov. 17, 2014, she tried to kill herself. Her roommate found her, and Rodenbarger was rushed to the hospital. She called the counseling center from the hospital to say she wouldn’t be able to make it in the next day.

Indiana University says it now connects with all students who seek counseling within two days. But that connection can involve simply setting up an appointment — for up to three weeks away.

“We, like centers across the country, are working on expanding our staff,’’ said Nancy Stockton, director of Indiana University’s counseling center. “We certainly need more clinicians.’’

Indiana University and several other large schools said they employ one counselor for roughly every 1,500 undergraduates. That’s at the high end of the range recommended by national experts. The numbers reported in an annual national survey are even more stark: In 2015, large campuses reported an average of one licensed mental health provider per 3,500 students.

When students do get in to campus counseling centers, most see therapists, social workers, or perhaps psychologists.

Just 6 in 10 college counseling centers have a psychiatrist available, even part time, to prescribe or adjust medications, according to the annual survey, conducted by the Association for University and College Counseling Center Directors. That’s a serious mismatch, given that about one-quarter of college students who seek mental health services take psychotropic medications.

There are other hurdles, too. While many schools tout free counseling, they often cap that benefit. Students at Brown University, for instance, get seven free sessions a year. At Indiana University, students get just two free sessions and then pay $30 per visit.

While dozens of colleges provided STAT with detailed information about their mental health resources, the public relations staff at others, including Dartmouth College, refused to provide information after repeated requests.

Others, such as Harvard and Yale, declined to provide specific staffing information.

A spike in crisis cases

Demand for counseling on college campuses has been rising steadily for several years. And the latest data, released in January, show a recent spike in cases of students in acute crisis.

One in 3 students who sought counseling last year said they’d seriously considered suicide at some point in their lives, according to a report last month from the Center for Collegiate Mental Health. That’s up from fewer than 1 in 4 students in 2010.

And those are just the students who admit they’re in crisis. Others may downplay their situation.

That’s what happened to Adrienne Baer during fall 2015, in her junior year at the University of Maryland. Both her grandparents had recently died. So had a high school friend.

“It was a lot to wrap my head around,’’ she said. With a push from friends, she decided to call the counseling center.

Baer said she was asked on the phone whether she was experiencing an emergency. She didn’t know how to answer that: No one gave her a definition.

So she said no and was shunted to the end of the waiting list. It would be two weeks before she could see a counselor. She dashed off an angry ­e-mail to the counseling center the minute she hung up the phone:

“I am currently struggling with the issues I wanted to discuss with a therapist or counselor, but even I don’t know how I’ll be in 24 hours, let alone two weeks. . . . I don’t know if all that constitutes an emergency or if I need to have a mental breakdown to be seen prior to a two-week wait. . . ’’

That got their attention. She was given a quick appointment for an initial assessment. But for continuing care, Baer was put back on the waiting list. It would be five weeks before she could see a psychiatrist who could prescribe medication.

“I had to wait. There was nothing I could do,’’ said Baer, now a senior.

Sharon Kirkland-Gordon, director of the University of Maryland’s counseling center, said she knows her staff can’t keep up with demand, though she said they’re “working overtime to meet the needs of students.’’

Requests for appointments shot up 16 percent last year alone, she said. Nationally, about six in 10 undergrads seeking counseling are women, and 5 percent are international students. There are roughly an equal number of freshman, sophomores, juniors, and seniors.

“If we had a magic wand, I think you’d probably hear the same thing from all of us counseling directors,’’ said Kirkland-Gordon. Their wish list is simple: more resources.

No one is entirely sure why student demand for mental health services is rising; factors may include increased pressure from parents or peers on social media, or a difficult job market.

Another possible reason: increased awareness about the risk of mental health conditions.

Ben Locke of Penn State — who also directs the Center for Collegiate Mental Health, a national network — notes that college health centers would never require a student with strep throat to wait two weeks for an appointment. Yet that’s what’s happening to many students with serious mental health concerns.

“It puts the student’s academic career, and potentially their life, at risk,’’ he said.

As for Baer, she said she made it through that stressful semester by leaning on friends at school and family back in Pennsylvania.

She wonders what would’ve happened to an international student or to a freshman without a reliable support network.

In an era when colleges are ranked by the number of their professors and the quality of their food — or whether their gyms house rock-climbing walls — it can be tough for the counseling centers to make a case for more resources.

Some turn to quick fixes, touting “stress-busting’’ programs like bringing in puppies for students to pet during midterms or handing out free cookies in the library during finals.

Others are making a concerted effort to respond to the surging demand.

The wait times at Ohio State University were so alarming to Dr. Michael Drake — a physician who stepped into the president’s office in 2014 — that he hired more than a dozen new counselors. That pushed the school’s ratio down to one provider for roughly every 1,100 undergraduates.

“We were doing it to really smooth the pathway of success for students,’’ Drake said.

Rodenbarger, the Indiana University student, is still feeling the echoes of her struggles to get mental health help on campus. Her suicide attempt cost her both her job and her off-campus apartment. The medication she was put on cost her a pilot’s license.

But she is recovering — with the help of a mental health provider off campus. She’s on track to graduate in summer 2018 with two degrees, a fine arts degree in printmaking and another in astronautics.

She’s also excited to have seen the school expand its walk-in services for students in need of urgent mental health care.

“Had I gotten help when I reached out for it,’’ she said, “it would never have gotten to the level that it did.’’

PREVIOUS ARTICLE
Article 3 of 126
NEXT ARTICLE