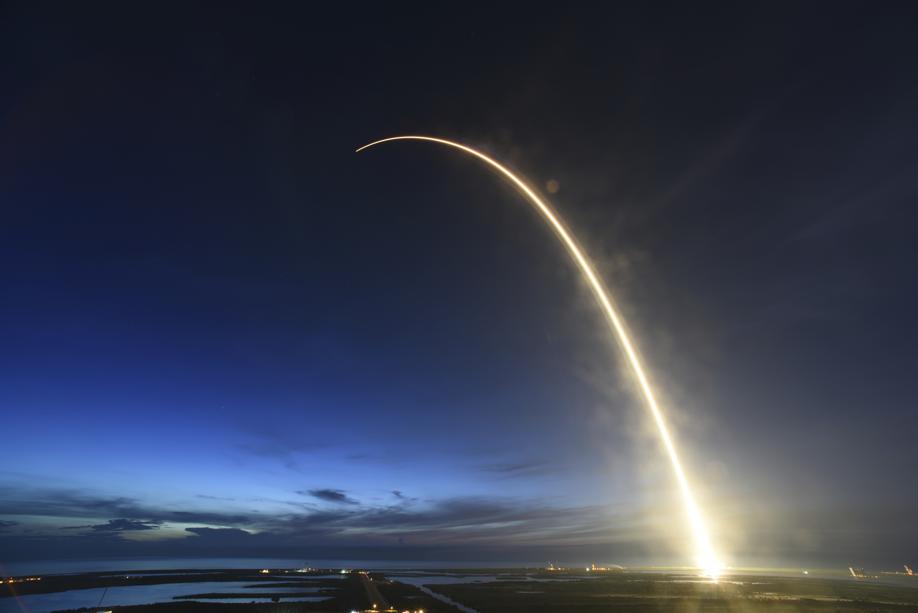 One company, in Charlestown, makes tiny rocket thrusters. Another, in Cambridge, designs satellites that use lasers to speed data communications. Nearby is a vaunted research facility that’s helping space taxis find their way into orbit. And a short drive up the coast is a startup that wants to make Maine the Cape Canaveral of the North.

There’s a gold rush going on 200 miles overhead. Some call it “New Space,’’ and others “Space 2.0.’’ But it boils down to the same thing: a multibillion-dollar effort to make space exploration turn a profit. And a small group of local entrepreneurs and researchers are looking to cash in.

“We’re selling shovels and donkeys to people who are looking to strike it rich in the small-satellite industry,’’ said Louis Perna, chief scientist of Accion Systems, which is making small ion thrusters for satellites. “We’re giving them the tools to make it happen.’’

Space exploration is enjoying a new kind of glamour these days, with world-famous entrepreneurs vowing to conquer the extraterrestial. Internet entrepreneur Elon Musk is pouring money intoSpaceX,a rocket company that has slashed the cost of space flight with reusable boosters. Amazon.com founder Jeff Bezos promises to ferry paying passengers into space by 2019 with his startup, Blue Origin, while British businessman Richard Branson has announced a similar timeline for passenger flights on Virgin Galactic.

The satellite business, in particular, is being remade, with the help of startups such as Accion. Based in the old Schrafft’s candy factory in Charlestown, Accion makes very small ion thrusters that help steer and control small satellites. Its products compete against ion thrusters made by the more established Busek Co. of Natick, which says the New Space surge is expanding its customer base beyond longtime clients like NASA and the Air Force.

The space industry has long been dominated by one customer: the US government. Accordingly, most New Space companies have located near major aerospace defense contractors or NASA laboratories, which are in the South or West. Chad Anderson, chief executive of Space Angels, a New York venture firm, said some 300 space startups have raised nearly $15 billion since 2009. So far, relatively little of that money has wound up in New England.

But we do have major research organizations like Draper Laboratory and MIT, which helped the United States win the space race of the 1960s. They continue as major centers of space research. And the ideas emerging from their labs may help our region punch above its weight.

Accion, for instance, is based on research conducted at the Massachusetts Institute of Technology by Perna and cofounder Natalya Bailey. Instead of burning chemicals in a combustion chamber, each of the company’s microchip-size thrusters contains a stable, nontoxic liquid that’s converted to an ionized gas when hit with an electric current. A big bank of these thrusters can provide enough push to steer a satellite in any direction.

Perna said the first satellite to use Accion’s thrusters is set for launch in early 2019, but he declined to name the company’s customer.

Another local company, Cambridge-based Analytical Space, is building satellites designed to help other satellites with a vexing problem: quickly transmitting voluminous data from space to Earth. This is usually done by radio, which requires the satellite to be lined up with a receiver on the ground. That’s not so easy when you’re zooming overhead at 17,000 miles an hour.

“You’re generating a lot of data in orbit, but there’s a big bottleneck getting that data to Earth,’’ said the company’s chief technology officer, Abdul Mohsen Al Husseini, an MIT-trained mechanical engineer who also worked at NASA and Draper.

The first Analytical Space satellite was launched in late May and is undergoing tests in cooperation with several unnamed companies interested in using the relay service.

And in the shadow of MIT is Draper, one of the original space companies — it built the guidance computers for the Apollo moon missions.

Draper consults with many New Space startups, including SpaceX and Blue Origin. But its biggest relationship is with Sierra Nevada Corp., which is building Dream Chaser, an unmanned space plane that will ferry supplies to the International Space Station. NASA has signed a contract with Sierra Nevada to begin flights in 2020, and Draper will provide the software to automate the journey to space and back.

Draper is also providing guidance services for a startup in Sanford, Maine, Valt Enterprises, that is designing a low-priced rocket to launch small satellites at bargain-basement prices, from almost anywhere in the world.

“We want to be able to change the face of launch,’’ said cofounder Karl Hoose. “We want it to be routine.’’

Hoose’s previous company, also based in Sanford, did rocket-related research for the US military. He has since plowed $4.5 million into Valt, building 22 prototype rockets that he launched from a blueberry field an hour north of Bar Harbor.

“The folks that are working in the fields, if they’re there, they’ll stop and watch the things go up,’’ Hoose said. “It’s really impressive.’’

Few people would choose Maine as the next Cape Canaveral, but Hoose says it’s ideal: lots of potential launch sites, and more important, well-positioned to fire satellites into orbit over the North Pole — the best trajectory to achieve maximum coverage of the Earth’s surface.

Hoose hopes to put the first of his Valt rockets into space by 2021.

PREVIOUS ARTICLE
Article 92 of 123
NEXT ARTICLE