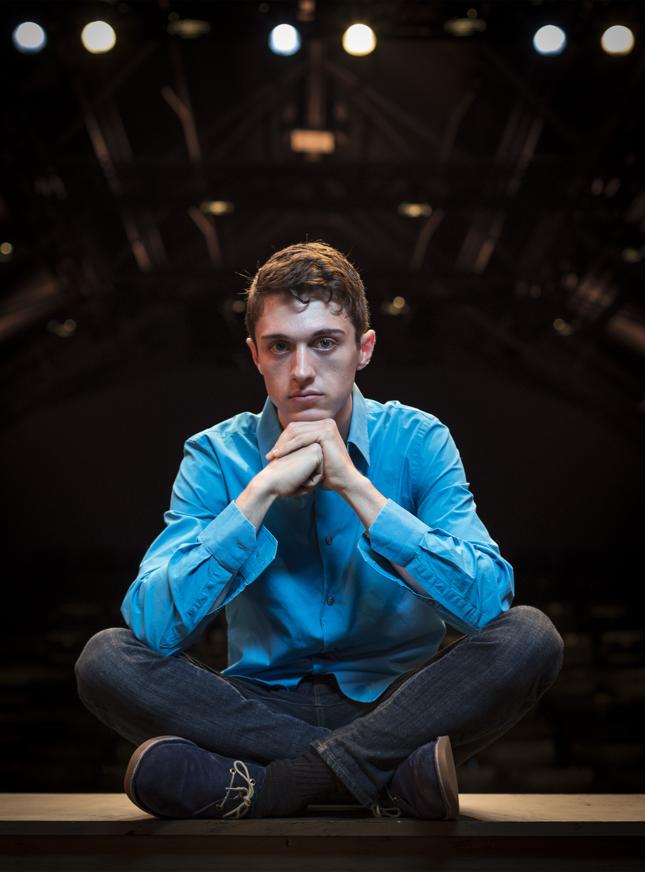 A freelance theater critic has been blacklisted by area theaters after an actor accused him of sexual assault — a case that was reported to police but not pursued by prosecutors as the critic continued to circulate within Boston’s theater community.

In a lengthy Facebook post in April, actor Evan Gambardella alleged that Alan Chase, a theater blogger who had registered as a sex offender, fondled him during a late-night bus ride in 2012 from New York to Boston.

“He slowly slid his finger toward my crotch and eventually gripped my penis,’’ wrote Gambardella, who at the time was a 20-year-old student at Boston University. “I have never felt so ashamed and helpless in my life. This was my first sexual experience.’’

Chase, 71, did not respond to Globe requests for comment.

The allegations have reverberated within Boston’s theater scene, where young actors, eager to attract broader notice and better roles, may bolster their resumes with reviews by professional critics from media organizations and well-known bloggers. And theaters, interested in getting the word out about shows, typically offer free tickets to both.

Chase was a member of the Independent Reviewers of New England, a small theater association that each year holds an awards ceremony for local productions. He resigned from the IRNE group soon after Gambardella’s post.

“I regret the public embarrassment that this causes the IRNE,’’ Chase wrote in an e-mail to the group announcing his decision.

IRNE said in a statement that its members were “shocked and saddened’’ by the allegations.

“[W]e support the brave action of Evan Gambardella in coming forward and sharing his trauma in order to shine a light on inappropriate and predatory behavior,’’ the statement said.

The allegations have rattled many in the city’s theater community, where Chase received press passes to a number of theaters, from the larger Huntington Theatre Company to the midsize Company One Theatre and the smaller Zeitgeist Stage Company.

“It was shocking,’’ said Matt Chapuran, managing director of the Lyric Stage Company. “We had no inkling of it.’’

Chapuran described Chase as a “theater enthusiast’’ who regularly attended the Lyric, where as recently as March he reviewed the company’s production of “Virginia Woolf’s Orlando.’’

But no more: After news of the accusations broke, Chapuran said the Lyric “revoked his press credential.’’

Shawn LaCount, artistic director for Company One, said he removed Chase from the troupe’s press list last November after he heard Chase had made an actor uneasy following one of the theater’s productions. “The incident went from being complimentary to being effusive to making the actor feel uncomfortable,’’ LaCount said.

Gambardella, who graduated from BU in 2014, earned the attention of Globe theater critic Don Aucoin for a performance that year at the New Rep, after which Aucoin compared him to a “young Matthew Broderick.’’

Gambardella said he first met Chase in early 2012, after the blogger saw him in a performance. They grew close in the coming months, he said, as Gambardella joined a small group of young people who would meet Chase for regular weekend lunches, known as the “Socratic Roundtable.’’

What Gambardella didn’t know was that Chase, who filed for bankruptcy in 2004, had pleaded no contest to a misdemeanor sexual assault charge in New Hampshire 13 years earlier.

Separate court filings indicate that as of October 2012, Chase was also a registered Level 1 sex offender, a designation reserved for those thought to be at low risk of reoffending and listed in a portion of the state’s registry that is not publicly available.

Gambardella, now 26, reported the alleged assault to police in the fall of 2012. In an investigation report, state trooper Albert Balestra wrote that Chase told him he “may have rubbed [Gambardella’s] penis area.’’

Authorities arrested Chase that October, charging him with indecent assault and battery. Then because of issues over jurisdiction involving the moving bus, the Suffolk County District Attorney’s office declined to prosecute the case and turned it over to prosecutors in Middlesex County, where, a spokesman for the Suffolk County DA said, the alleged offense “likely’’ occurred. A spokeswoman for the Middlesex County DA’s office said criminal charges have not been brought against Chase in connection with the matter, but declined further comment.

Gambardella told BU faculty about the alleged assault in 2012, but said he decided to make his allegations public recently after BU lecturer Ilana Brownstein contacted him via Facebook saying “current actors are feeling targeted’’ by Chase, who she said was “being skeevy.’’

Jim Petosa, who directs BU’s theater school, said the school removed Chase from its press mailing list for events and announcements in 2013 after concern arose that he was “approaching students after performances and behaving in a questionable way.’’

Meanwhile, Chase continued to receive press invitations at various theaters around town, including New Rep, where Petosa serves as artistic director and has used BU acting students and recent alumni in productions.

“We did not connect those dots necessarily at New Rep that we did at BU,’’ said Petosa. “I didn’t have the same awareness to say to my marketing person at New Rep that this is the same guy.’’

Brownstein, who did not respond to repeated requests for comment, did not specify in her messages to Gambardella the identities of those actors who felt “targeted’’ by Chase or where they were encountering him.

In the weeks since Gambardella shared his post, other men have described inappropriate encounters with Chase to the Globe.

One man, who met Chase as a student at Bunker Hill Community College and joined his lunch group from 2009 to 2012, said the reviewer grabbed his genitals on two separate occasions.

“He started saying I love you, my son,’’ said the man, who requested anonymity because he is embarrassed about what happened. The man was a recent immigrant to the United States when he first met Chase. “I thought to myself, ‘Maybe he’s trying to introduce me to a social norm.’’

Actor Adam Boisselle also described an incident after a performance he appeared in last March at Zeitgeist Stage, where he said Chase “must’ve grasped onto some part of me at least 15-20 times.’’

“He wished me well and said things like ‘I’m on the board for the IRNEs and if you play your cards right, this might get nominated,’ ’’ Boisselle recalled in an e-mail. “His review of the show came out shortly thereafter, and he called attention to my ‘supple hips,’ hips he had hastily groped that opening weekend.’’

PREVIOUS ARTICLE
Article 113 of 210
NEXT ARTICLE