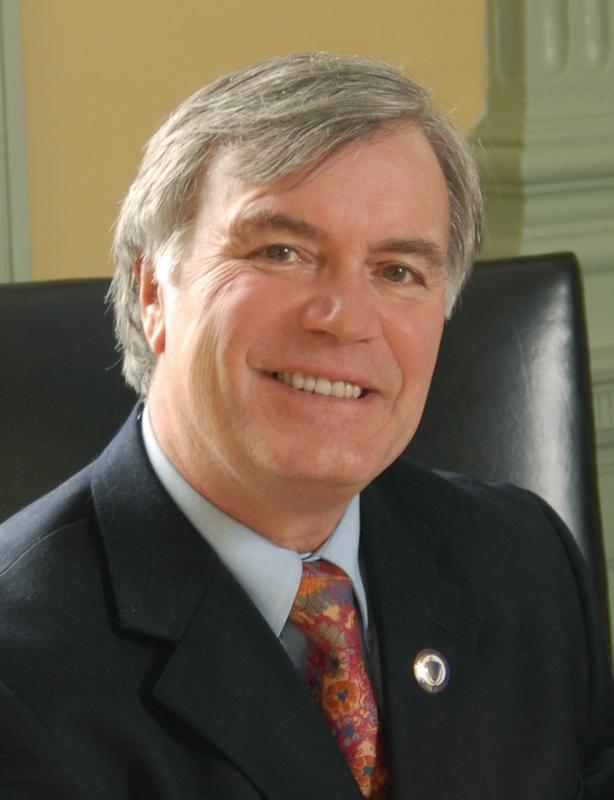 After doctors told Ken Donnelly about his brain tumor and the need for surgery — the same night the Legislature worked late to finish its two-year session — the Senate majority whip responded with what friends described as his characteristic cool.

“He looked up and said, ‘It is what it is,’’’ said Cindy Friedman, chief of staff for Donnelly, a former firefighter. “He’s a man who runs into burning buildings, so he stays pretty calm about things.’’

Donnelly was on Beacon Hill Saturday night voting, but he hadn’t felt well all day. On Sunday, after checking himself into a walk-in clinic, he sought further medical examination, Friedman said. Donnelly was admitted to Massachusetts General Hospital and underwent surgery on Tuesday.

Doctors told Friedman the surgery was “very successful.’’ When she saw the senator Wednesday morning, she said, he was recovering well and his spirits were high.

This marked a major shift from a few days before, when Friedman and some of Donnelly’s fellow lawmakers said the Arlington Democrat appeared “out of sorts.’’

“Saturday night, when we were in session, a lot of us noticed peculiarities that didn’t seem like Senator Donnelly’s normal behavior,’’ said Jamie Eldridge, a Democrat from Acton who has worked with Donnelly since 2008.

Donnelly, he said, is usually buoyant in session, crossing the aisle to socialize and joking with members of both parties.

Friedman, too, said Donnelly didn’t seem himself on Saturday and checked himself into a walk-in clinic Sunday morning. He then sought further examination, but he still wished he could go to work, she said. The Legislature voted on several pieces of key legislation this past weekend, with lawmakers working until early Monday morning to finish business in the formal session.

“He told them he couldn’t stay because he had to go take votes,’’ Friedman said. “He’s the last person he thinks about. His job is to be there and to represent the district and that’s what he was going to do.’’

But Donnelly was unable to make it to the State House Sunday, according to a post on his Facebook page that said he was instead opting for rest. On Wednesday, Donnelly was still in intensive care and neither he nor his family could be reached for comment.

Doctors are still waiting on test results that will tell them whether the tumor was cancerous and if further medical attention will be required, she said.

Donnelly’s chief of staff said he plans to continue representing his district in January 2017, after the Legislature’s recess. He is up for reelection in November, but he is running unopposed.

“None of us have any reason to expect he’ll be anywhere but here when the session starts,’’ said Friedman, speaking from Donnelly’s State House office. “He’s not having that thought; he’s going to be there. That’s how he sees it.’’

That outlook is a large part of why Eldridge said he admires his coworker. Some senators, Eldridge said, are more cynical and think that making impassioned speeches on the Senate floor won’t do any good. Not Donnelly, he said.

“Ken is someone who really wears his heart on his sleeve,’’ Eldridge said.

Donnelly, a 35-year veteran of the Lexington Fire Department — where he served as firefighter, then lieutenant — and secretary treasurer emeritus of the Professional Fire Fighters of Massachusetts, is known in these circles as a fighter.

Since his hospitalization, Donnelly and his family have been awash in support and well-wishes, Friedman said.

As of Tuesday morning, she said, she had received more than 100 texts and e-mails — and many more calls — from firefighters, union members, lawmakers, and even lobbyists who regularly oppose Donnelly’s political stances.

PREVIOUS ARTICLE
Article 45 of 128
NEXT ARTICLE