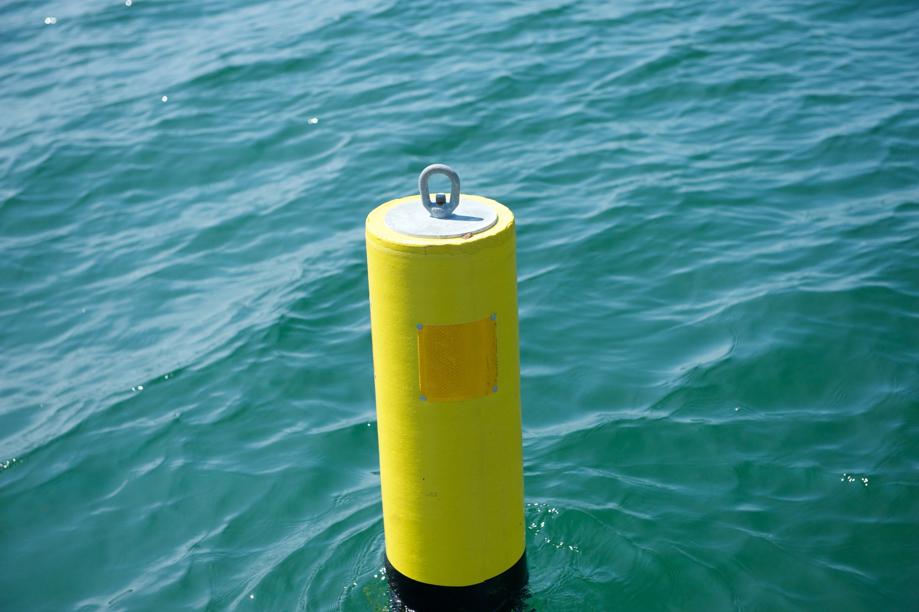 Marshfield has set up three shark-detecting buoys like this one off its coast, and a fourth will be added. (Atlantic White Shark Conservancy/File 2014)
By Jennette Barnes
Globe Correspondent

Joining a handful of other South Shore communities, Marshfield has installed three shark-detecting buoys off its ocean beaches, and expects to add two more in the coming days.

The buoys, which cost $2,500 each, do not provide real-time data — such technology would cost five times more — but they do record data that will be collected about once a week and help the town determine whether more careful monitoring and public education are necessary, Marshfield harbormaster Michael DiMeo said.

Working with the Massachusetts Division of Marine Fisheries, the town has placed the yellow buoys off Fieldston Beach, Green Harbor Beach, and Rexhame Beach.

The Division of Marine Fisheries is assembling a fourth that will go in the confluence of the North and South rivers, and if approved by the Board of Selectmen, a fifth will go off Brant Rock.

Some other towns south of Boston, including Duxbury and Plymouth, have already installed one or more such buoys, and monitoring has been done off Cape Cod for years.

Observers have noted a growing number of great whites in Massachusetts Bay and Cape Cod Bay in July and August, largely due to an influx of gray seals, which are prime prey for the sharks, DiMeo said.

A combination of town, state, and private money paid for the Marshfield buoys.

Jennette Barnes can be reached at jennettebarnes@yahoo.com.

PREVIOUS ARTICLE
Article 219 of 231
NEXT ARTICLE