Waves of nostalgia
After a lifetime of collecting, a semiretired engineer is putting his immense array of vintage radios on the auction block
PREVIOUS IMAGE 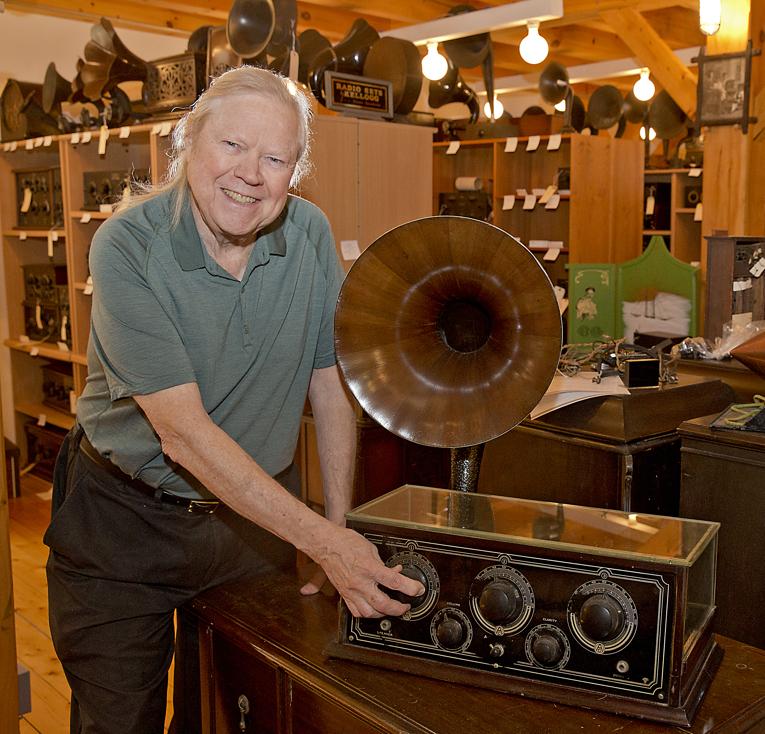 John Terrey is selling off his collection of more than 1,000 vintage radios and parts, including a Kennedy Type XV, 5 tube radio from 1924 (top). (Photos by Matthew J. Lee/Globe Staff) 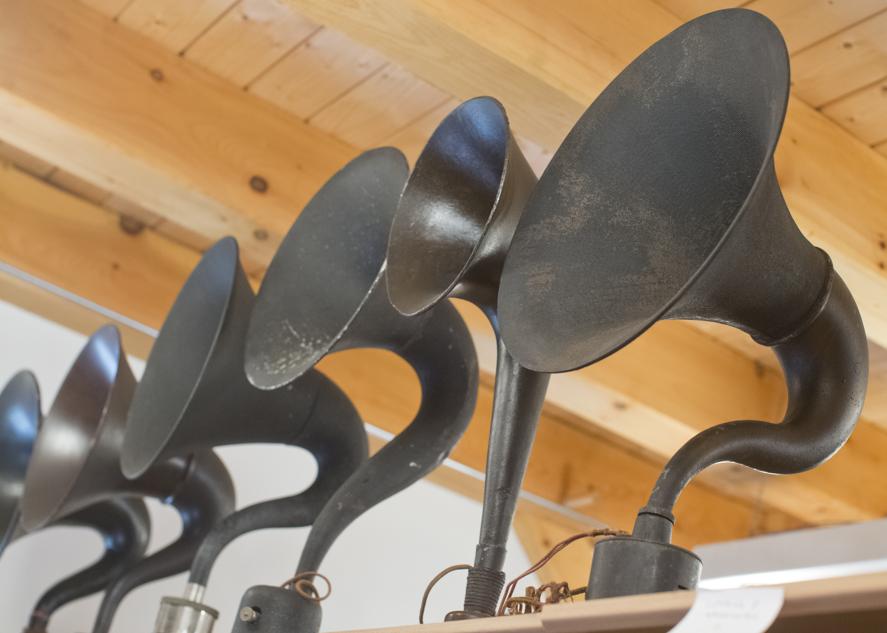 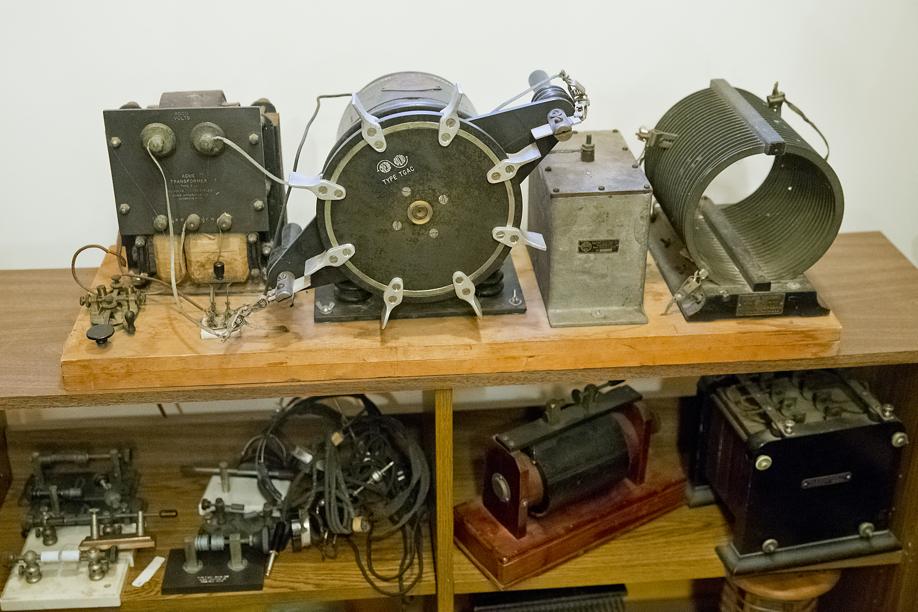 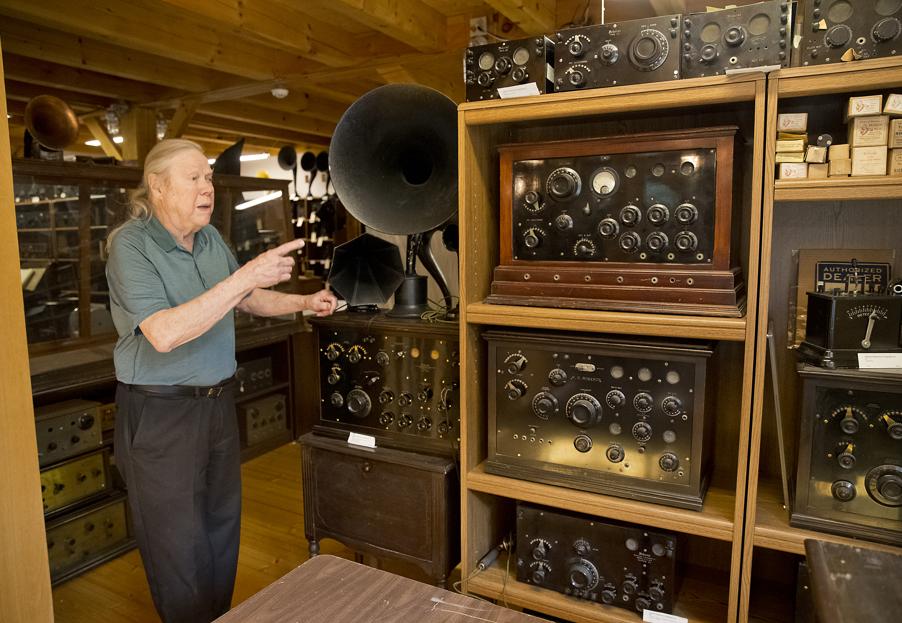 John Terrey is an inveterate collector.

Growing up in the 1940s and 1950s, he collected stamps. Later, as his interests and geographical scope expanded, the now 76-year-old engineer would accrue collections of telescopes and astronomy books, typewriters, foreign crystal sets, early-generation calculators and computers, what he deems “quack’’ medical apparatus, and vintage books on skiing.

But the collection that endured longest, in his heart as well as on his display shelves — first in the basement of his Carlisle home and then in the barn he built 10 years ago — was antique radios and their many accessories.

Now, as he and his wife, Sarah, downsize to a new home in a nearby town, Terrey must relinquish his treasures.

On Sept. 18, he will host the first of two auctions for vintage radio enthusiasts, with a follow-up in November. He invites all interested parties, whether longtime collectors or curious newbies, to come take a look.

“There are several types of collectors,’’ Terrey said, reflecting on the variety of folks who have paid a visit over the years to check out his inventory. “Some consider themselves historians. Others are interested in the technical aspects of the radio. The third kind are collectors who look for design and style. Those are the people who are drawn to the Art Deco-type radios or the novelty items, colorful, maybe with decorative chrome.’’

And then there’s nostalgia. “People remember things from their childhood that their parents had, or that they themselves wanted.’’

The roots of Terrey’s hobby harken back to another era. During his boyhood in South Texas, his father did some work in the oil fields as the oil companies were upgrading their telephone systems.

“He’d bring me the old crank telephones and I would hook them up around the house and play with them,’’ Terrey recalled. “Then my parents started taking me to Western Auto, a local hardware chain, to buy batteries and wiring and switches and lights and bells for me to experiment with. My neighborhood buddies and I would run telephone wires through the trees between our houses to connect the old crank telephones. Then I connected the telephone microphones to the volume control of a radio. I would hide the microphone in another room to eavesdrop.’’

That led to the discovery of how to build ham radio equipment, and Terrey earned his ham radio license at age 14.

The boy who was fascinated with wiring and technology would eventually earn a degree in electrical engineering from MIT, after which he remained in the Boston area for a job with the defense contractor Raytheon. On New England vacations with his wife and three young children, he developed the habit of canvassing antique shops in Vermont, New Hampshire, and Cape Cod for antique radio parts.

In the decades that followed, Terrey found his way to shows, exhibitions, and flea markets offered by collectors around the country. Purchases he made there swelled his collection of vintage radio-related items to more than a thousand pieces.

While attending one such show near Chicago, he fell into a late-night barroom conversation with a fellow collector who a couple of years earlier had founded a magazine devoted to their hobby but no longer wanted to be its publisher. Terrey, then semiretired from Raytheon, made an offer — and came home from the conference having acquired a magazine, Antique Radio Classified.

For the next 24 years, he made a full-time career out of its publication and the production of a yearly trade show for collectors. At its peak, Terrey said, the magazine had almost 10,000 subscribers. Then with the advent of the Internet, subscribership began to decrease. Terrey handed his magazine over to a new publisher in 2011; today it exists only as an online publication.

Now, having donated his vintage ski books to the New England Ski Museum in Franconia Notch, N.H., and found new homes for most of his old calculators, computers, telescopes, crystals, and medical apparatus, Terrey is facing the task of deaccessioning the thousand-plus items in his radio collection.

Saying goodbye to so many items lovingly preserved over so many years might seem wrenching, but for now, Terrey is sanguine about it. A professional auctioneer will oversee the September event, but he looks forward to mingling with the crowd and answering questions about the items.

At the annual shows he held during his days as a magazine publisher, “It was always fun to see families experience this, sometimes three generations together,’’ he recalled. “I like seeing people browse, pick things up, say ‘What is this? What was it for?’ and be able to tell them about it. They might walk away with a very simple and inexpensive item but be excited because it’s new and interesting to them.’’

He’ll take a few beloved radios with him to the new house, including the first one he owned as a boy, and his grown children have each requested one or two favorites.

And once the whole collection is gone? Terrey said he is looking forward to starting the next chapter: writing a book about his lifelong hobby.

The auction is scheduled to begin in Terrey’s barn at 498 Cross St., Carlisle, at 11 a.m., with a preview starting at 9. For updates and more information, go to www.terreyauction.com.

Nancy Shohet West can be reached at NancySWest@gmail.com.

PREVIOUS ARTICLE
Article 221 of 231
NEXT ARTICLE