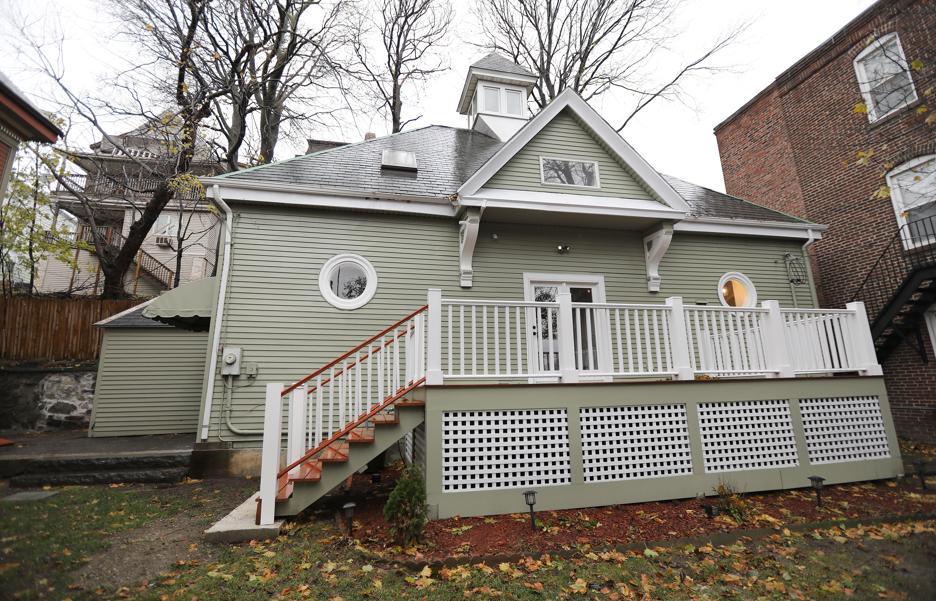 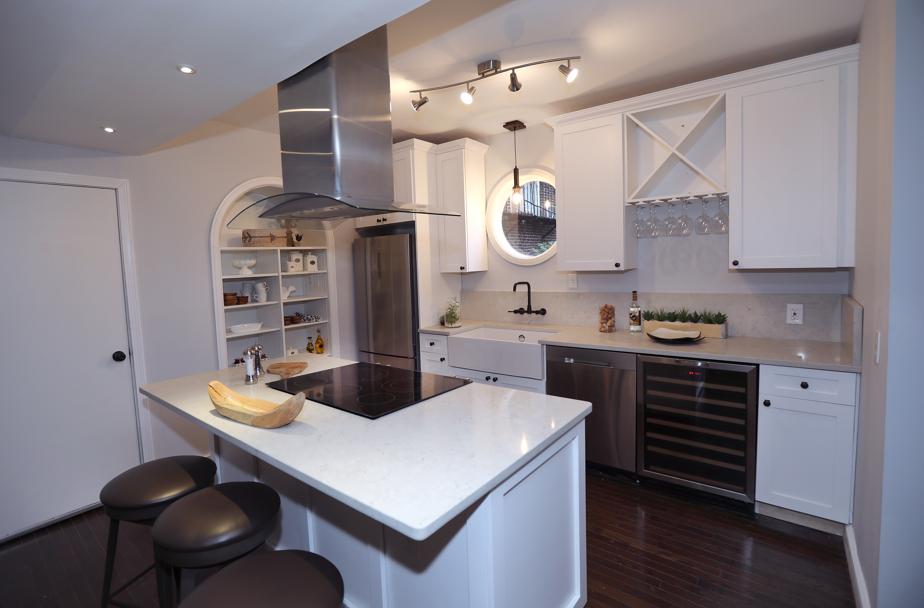 Clockwise from top: The kitchen features quartz counters and an apron sink; the home has two spiral staircases; and a windowed cupola is the star of the third floor. 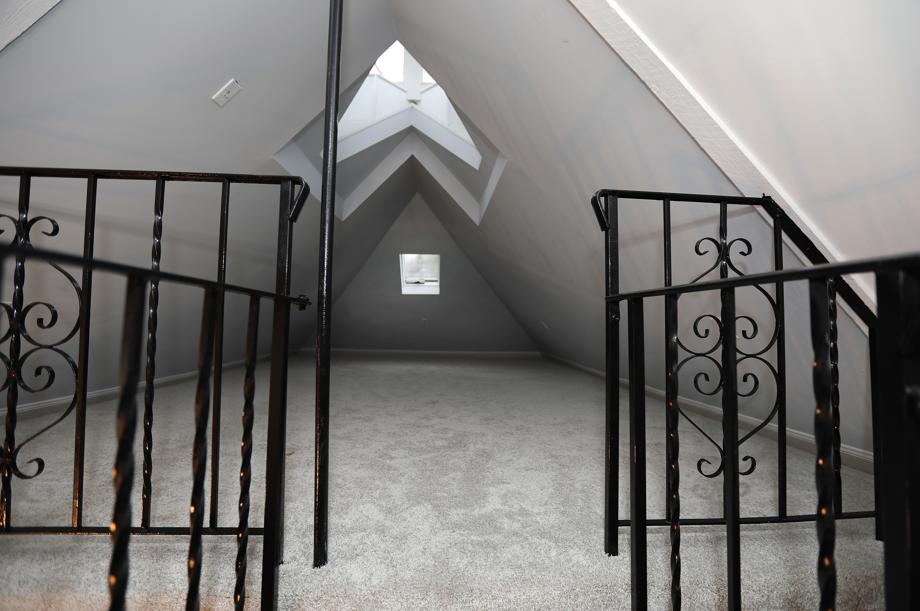 This former carriage house in Chelsea has two bedrooms, a $525,000 price tag, and an accepted offer. 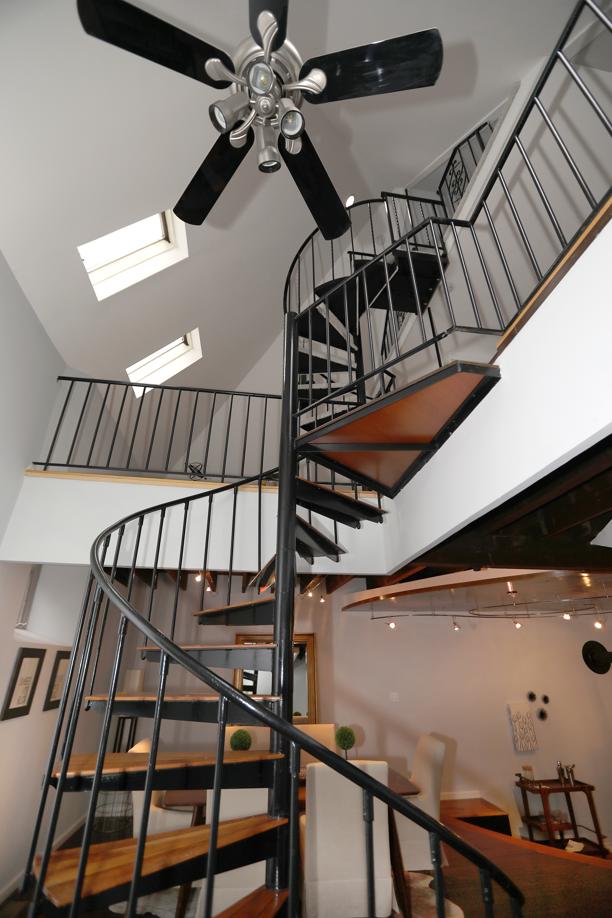 There’s a lot to see inside this remodeled carriage house, which was built circa 1900 on the grounds of what was once the estate of C. Henry Kimball, a 19th-century inventor and shareholder advocate. The property’s Queen Anne Victorian and carriage home now house four condos.

The unit featured here is open and expansive, offering a loft-style configuration. The dining area is to the left, past the visual drama afforded by a corkscrew stairwell with black metal railings and wooden steps.

There’s nothing equine about this carriage house any longer, but hints of the building’s past can be found in the scale of the rooms. The ceilings are well over 9 feet tall, and the original support beams are now visible. The renovation added a purely decorative slab of wood marbled with a spiral of small LED lights.

Two steps lead to the sunken living room, and to the right of that is a white kitchen with quartz counters, an apron sink beneath an oval window, built-in shelving, and stainless-steel appliances, including a wine refrigerator. An island with seating for three holds an electric cooktop, and the stainless-steel exhaust hood, stylish in its own right, hangs above it all.

A laundry closet and a door to the deck complete the first level. The flooring throughout much of the home is hardwood. A clear finish allows the pretty knots to stand out.

The master suite, an office, a full bath, and a study take up the second level. The master suite and the bathrooms are the only enclosed spaces in the entire unit. The suite features a 200-square-foot bedroom — which is carpeted — a deep walk-in closet, and a full bath behind a white barn door with black hardware. The shower-only bath has a tile backsplash in a herringbone design and a white single vanity with a quartz top.

The home’s main bath features a tub/shower combo with a subway tile surround and tile inlay, a linoleum floor, and a single coffee-colored vanity topped with white quartz.

A second spiral staircase leads to the third floor and the second bedroom, which also is carpeted. Because of the angled walls, one can stand up only in the middle of the room. In the center is an opening to the windowed cupola.

Dmitriy Lavrishin of Rise Realty in Brookline is the listing agent. As of press time, an offer had been accepted on this property.

Follow John R. Ellement on Twitter @JREbosglobe. Send listings to homeoftheweek@globe.com. Please note: We do not feature unfurnished homes and will not respond to submissions we won’t pursue.

PREVIOUS ARTICLE
Article 83 of 193
NEXT ARTICLE